European stock exchanges have seen a sharp rise in ETF trading as higher turnover has been turbocharged by a partial shift towards on-exchange transactions.

The London Stock Exchange reported a 50 per cent year-on-year rise in its order book volume for exchange traded funds, commodities and notes to £154.8bn in 2020, far outstripping a 5.9 per cent rise in total market turnover.

Frankfurt’s Deutsche Börse unveiled a larger still 58 per cent jump in exchange traded product turnover on its Xetra trading venue to €214.4bn, comfortably above a 22.6 per cent rise in equity trading.

Overall, on-exchange ETF volumes across Europe rose 46 per cent to $828bn last year, according to data from BlackRock that excludes other ETPs.

The US asset manager said this was driven in part by a 22 per cent jump in overall European ETF trading to $2.8tn, as the ETF industry continued to expand rapidly and last year’s volatile markets pushed up trading volumes.

However, the growth seen by the likes of the LSE and Deutsche Börse was also due to a partial shift towards on-exchange trading, which accounted for 30 per cent of European ETF turnover last year, compared with 25 per cent in 2019, BlackRock said.

“I would never have considered putting a large transaction of $30m-$40m through the exchange but it seems like people are plucking up the courage and doing it,” said Peter Sleep, senior portfolio manager at Seven Investment Management.

Sander Van Nugteren, a managing director in BlackRock’s iShares global markets team, said the European ETF trading landscape was becoming more like the better developed US market, where about 60 per cent of activity occurs via exchanges, as opposed to either being traded “over the counter” or via a multilateral trading facility that offers “request for quote” protocols, such as those operated by Tradeweb and Bloomberg.

“The industry is definitely maturing. We are seeing funds growing in size, we are starting to see more on-exchange trading. The more liquidity people are seeing [on exchanges] the more self-reinforcing it becomes,” Mr Van Nugteren said.

“As transparency has increased, investors have become more comfortable with trading on-exchange.”

Request-for-quote facilities are electronic trading platforms that funnel trades into order management systems, where an algorithm fills the order based on preset rules, typically in a fraction of a second.

The benefits of on-exchange trading include the aggregation of liquidity from different providers, central clearing and anonymity, Mr Van Nugteren said.

However, OTC and RFQ trading has traditionally been better suited for settling large trades.

“Previously only small retail volumes went through on-exchange. Anything of size, $3m-$4m plus, generally went off-exchange to try and get the best price,” he said.

“But increasingly people are looking to do their large trades via exchanges and, because of the larger volumes, the market makers are able to quickly hedge and cover their positioning, and that feeds on itself.”

Ivan Gilmore, head of exchange traded products at the LSE, believed exchanges were largely increasing their share of trading at the expense of the OTC market.

“We are seeing a shift from OTC to on-venue trading, such as exchanges and RFQ,” he said. “People value the pre-trade transparency that using an order book brings [with on-exchange trading]. It’s anonymous and people compete to bring their best offers, plus there’s the benefit of central clearing and not having to worry about settlement risk.”

“The more traffic there is on exchange, the more people will use that method of trading,” Mr Gilmore said, as rising liquidity facilitated still larger transactions.

More broadly, he believed total ETF trading volumes would continue to rise as retail investors switched from mutual funds and institutions increasingly used ETFs as a tactical liquidity buffer within their portfolios and favoured the “targeted” exposure of an ETF over the “blunt” instrument of futures contracts.

The three most traded products in London were iShares ETPs tracking the S&P 500 (CSSPX), FTSE 100 (ISF) and gold price (IGLN), with the latter seeing 157 per cent daily turnover growth year on year.

New issuance ticked up from 191 products to 195, which “shows that Brexit didn’t have an impact in that area”, Mr Gilmore said. 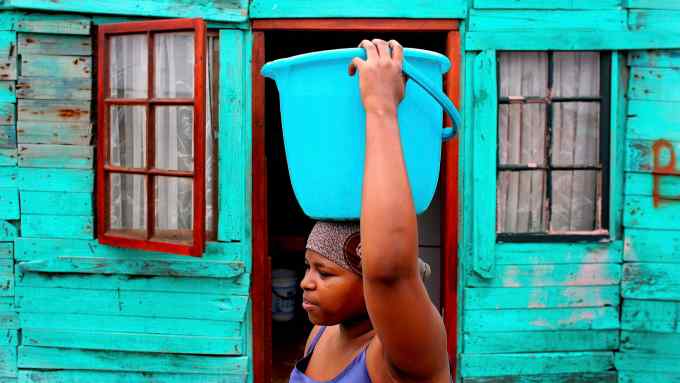