Majority of EM bonds remain off limits to passive investors

Passive investors in emerging market bonds have access to only a fraction of available securities, resulting in a lack of diversification and the potential that damaging inflows and outflows will be intensified, analysis suggests.

Research from Ashmore, a specialist EM investment house, has shown that just 13 per cent of the $29.6tn stock of outstanding emerging market bonds are currently included in the major flagship bond indices that are tracked by exchange traded funds and other passive investments.

As a result, passive money will be concentrated in this relatively narrow subset rather than being spread across the wider universe.

While the figure is an increase on a 9 per cent inclusion rate two years earlier, largely due to China’s admission into the major EM fixed income indices, it still leaves $26tn of bonds out of reach.

Emerging markets are little ships floating on a sea of risk. If the global weather environment is too bad, then you can sink the ship

“Indices are tyrannical in their influence on markets. They should include everything,” said Jan Dehn, head of research at Ashmore, who suggested the paucity of coverage was akin to a “market failure” in index provision.

The lack of representation is most acute for local currency emerging market corporate bonds, where just 2 per cent of the estimated $12.5tn of outstanding issuance is included in the flagship ICE BofA Diversified Local EM Non-Sovereign Index, according to Ashmore’s data.

It is also significant for local currency sovereign debt, where the flagship JPMorgan GBI EM Global Diversified index has a market capitalisation of $1.3tn, representing only 11 per cent of the $11.6bn of outstanding paper.

About 26 per cent of the $4.1tn of outstanding hard currency, typically dollar-denominated, EM corporate debt, makes its way into the benchmark JPMorgan CEMBI Broad Diversified index. However, the figure jumps to 84 per cent (of $1.4tn) for JPMorgan’s index of hard currency EM sovereign paper.

Mr Dehn’s concern is that a rising tide of passive money, driven by the seemingly inextricable growth of the ETFs, is being funnelled into a relatively small number of countries and securities.

The ICE BofA and JPMorgan local currency indices, for example, each contain just 18-19 countries, compared to the 74 found in the latter’s EMBI Global Diversified measure of hard currency government bonds.

However, Philip Galdi, head of indices at ICE Data Services, an arm of the Intercontinental Exchange that runs the ICE index, said the analysis was a case of “comparing apples and oranges”.

He argued that the index was “specifically designed to capture securities that are Euroclearable” — that is, settled through the Brussels-based clearing house.

“That means that global investors have pretty good access to these instruments without having to set up operations on the ground in each and every market,” said Mr Galdi.

As a result, some big debt markets, such as China and Brazil, where local currency corporate bonds are not settled through Euroclear, are excluded.

ICE has though created a “local local” Chinese index — covering $3.5tn of corporate debt that is both denominated in renminbi and settled domestically.

“We have seen some pretty decent interest in the Chinese domestic bond market,” Mr Galdi added. “There are some other Asian markets that we are contemplating adding to our index coverage.

“As yet [though] there hasn’t been enough demand for us to build a global, all-encompassing local index. I do see that as changing over time but that is happening slowly and selectively.”

More broadly, index providers would argue that their benchmarks are a true reflection of the universe of assets that are genuinely available to foreign investors.

Nigeria is omitted from JPMorgan’s GBI EM index, for example, because it has capital controls that limit the repatriation of coupon payments and sales proceeds.

Likewise, the huge Indian market is absent from the same index because foreign institutions must apply for quotas to access its market for local debt. Recent steps by the Indian authorities to ease the restrictions might put it on course for entry, potentially alongside other countries such as Serbia, Egypt and Ukraine.

Definitions of exactly what constitutes an “emerging market” also vary. JPMorgan’s definition, for example, is narrower than that of many others, such as MSCI, which operates the benchmark EM equity index.

Some countries with a gross national income of above $20,000 per capita, such as South Korea and Singapore, are not eligible for inclusion in JPMorgan’s EM bond indices. 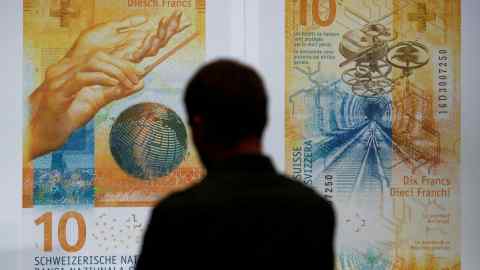 As well as potentially leading to concentration risk, the channelling of ever larger financial flows into a relatively narrow segment of the market risks intensifying potentially damaging inflows and outflows to emerging countries.

These sometimes whipsawing swings — often driven more by a perception of the global risk environment than changes in the underlying conditions of the developing country in question — can leave a country starved of capital just when it needs it most.

An IMF working paper published last year, which suggested the volume of assets benchmarked to EM local currency bond indices had risen fivefold to $300bn since 2005, said “some countries may be disproportionately exposed to [portfolio outflow] risks, reflecting the way the indices are constructed”.

“Emerging markets are little ships floating on a sea of risk. If the global weather environment is too bad, then you can sink the ship.” 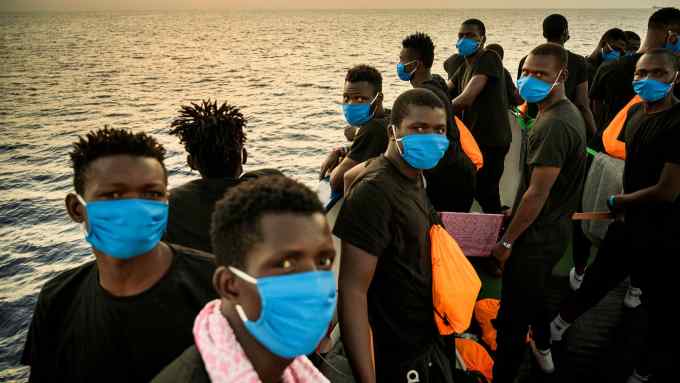