Giving the green light to impact investing in environmental projects

In May, Cardinal Donald Wuerl, archbishop of Washington, gave an unusual blessing. It was at the dedication of a rainwater garden at the US capital’s Mount Olivet Cemetery, a joint venture between the Catholic Church and The Nature Conservancy, the US non-profit organisation. The garden will soak up stormwater that would otherwise run off the cemetery’s hard surfaces and end up in local rivers.

The garden is part of an initiative called District Stormwater that is designed to prevent billions of gallons of stormwater from polluting rivers. With partners and investors such as insurer Prudential Financial and New York-based impact investment company Encourage Capital, it taps into Washington DC regulations requiring developers in certain districts to build green infrastructure, such as grass roofs, parks and street plantings. Where this is not possible, developers can buy stormwater retention credits from projects in districts not covered by the regulations — such as the cemetery — which have nonetheless invested in green infrastructure.

District Stormwater is among a growing number of financial mechanisms, from green bonds to insurance products, that bring private sector capital into the business of environmental conservation. Investors’ goals vary; some look to make a direct impact, such as the avoidance of carbon emissions, the restoration of ecosystems or the conservation of water supplies.

At Bridges Fund Management, which has offices in London and New York specialises in sustainable and impact investing, the Bridges Sustainable Growth Funds includes companies that are tackling waste. One of its investments, World of Books, has developed a technology platform and the Ziffit “scan and send” app, with which surplus books from bookshops and charities can be resold or recycled rather than put in landfill. However, Bridges requires more than ideas for tackling environmental problems if it is to invest — the firm seeks companies that also have the potential to expand rapidly. This was the case with World of Books. “By the time we invested, they’d built up a profitable and fast-growing business,” says Michele Giddens, a Bridges partner and co-founder. “And it’s done at enormous scale — you’re talking about hundreds of thousands of books a day.”

Others take a system-wide view of environmental impact. This is the approach of Encourage Capital, whose investments range from sustainable seafood companies to projects generating carbon offset credits sold in California’s carbon market. “With the work we do there’s always some kind of relationship to stakeholders, including governments, non-profits and consumers,” says Jason Scott, a co-managing partner at Encourage.

The important thing is how our investment can drive change

He cites the company’s investments in sustainable seafood, where he says use of regulatory tools, such as limited access fishing permits, allows fisheries to demonstrate that stocks are being restored and their seafood is being produced sustainably. This means it can be sold for higher prices, generating bigger tax revenues for government. “The really important thing to us is how our investment can drive change in the system,” says Scott.

A question for some investors is whether the promised impact is being delivered. For example, a recent boom in green bond sales — law firm Linklaters revealed a 9.4 per cent rise year on year in the first quarter of 2018 — prompted industry observers to call for third-party verifiers of green bonds to be regulated in the same way as the credit rating agencies in debt markets.

Scott argues that a critical part of verification is the due diligence conducted up front. Before making any investments, he says, Encourage ascertains whether an environmental problem can be addressed both effectively and profitably using business models and private capital. If not, it moves on. “When we do the research to figure out the different ways of approaching a problem, we look at which of those could generate commercial and investment returns and also maximise impact,” he says. 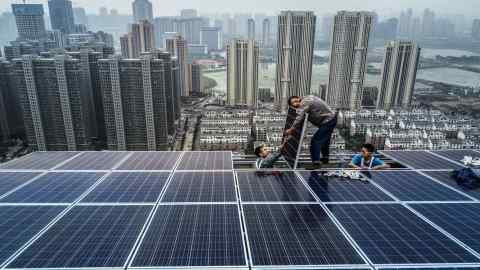 After commissioning research into investable strategies that might address the billions of tonnes of plastic waste polluting the oceans, for example, Encourage decided not to invest. “It doesn’t mean we wouldn’t pursue it in the future if there was a more favourable investment environment,” says Scott. “We’re very interested in the subject and we’re trying to figure out if there’s good investment strategy.”

In some cases, impact investments are a means of harnessing private capital to pay for conservation activities that cannot be funded by philanthropy alone. The Nature Conservancy’s NatureVest unit approaches this by forming partnerships to develop initiatives such as the District Stormwater project.

Given the scale of global environmental problems, Tercek believes financial innovation will be critical if more private capital is to flow into what he calls “investing in nature”. “We need these new ways of doing things,” he says. “Because as important as philanthropy is, it’s insufficient to get the full job done.”

In 2015, armed with only a 3D printer, Mauricio Cordova developed his prototype for Faircap, an affordable portable filter for plastic bottles that makes water containing bacteria safe to drink. His breakthrough came at an innovation camp in the grounds of a French château. “We were co-living and co-working,” says Cordova, a Peruvian with a background in economics. “It was very inspiring.”

The filter is designed to address a lack of access to clean water and plastic waste resulting from single-use bottles. However, to pursue his mission, Cordova has not set up a non-profit organisation. With £88,000 in seed funding from the UK’s Humanitarian Innovation Fund, Faircap has been created as a community interest company that will generate revenue and, he hopes, make a profit.

In the developed world, the company is targeting the outdoors market — campers, hikers and so on. Demand for the filter could also grow if countries start banning single-use plastics, such as water bottles. Profits will be used to supply poor communities in developing countries with filters in partnership with organisations such as Oxfam. Cordova hopes to attract socially minded consumers through a buy-one-give-one model that allows them to donate a filter to a humanitarian organisation.

The first step is to track the product’s impact on health and plastic waste reduction, which Faircap is doing with Oxfam’s help. “The product might work, but if people don’t use it, it won’t make an impact,” says Cordova. “That’s why we’re doing the field testing to see what end users think about it.” If the filter proves popular, private investment will be needed to scale up the business. “We’d like to grow, because the main idea is to have an impact,” he says.

Packaging company thinks outside the box

When Julie Corbett, president and founder of Ecologic, looked for investors for her sustainable packaging company, which produces paper bottles from recycled materials, she realised it would take more than venture capital.

“Venture funding is very well suited for software and brand building, but it’s not very capital intensive,” says Corbett, who had the idea for recyclable packaging after her daughters’ school in Berkeley, California, introduced a zero-waste policy in 2008. “To solve these big environment problems, particularly in packaging and materials, it requires manufacturing. Nothing can be made without big machinery and that’s very expensive.”

Ecologic, which supplies bottles for cosmetics group L’Oréal, created a water-resistant paper bottle whose interlocking design makes it durable without the need for glues. Its interior liner, made from food-grade recycled plastic, is 60 per cent thinner than most plastic bottles.

Having come up with the design, the company needed to produce the bottle in sufficient volumes to make it commercially viable. “In 2013, it became clear we needed to invest in our own factory,” says Corbett.

The answer was to secure impact investments from companies such as DBL Investors, as well as from foundations and the Californian state government, which through its CalRecycle initiative offers grants or low-interest loans to organisations that are developing new ways of waste management.

With impact investors, says Corbett “everybody’s in it together, while venture capitalists are hedging their bets, hoping one or two companies are winners”.

However, she believes the market needs to expand so that more funds are available to companies that want to address social and environmental problems. “People who take early risks early — there’s not many out there and I wish there were,” she says. “It has exploded, but it’s still a very nascent market.” 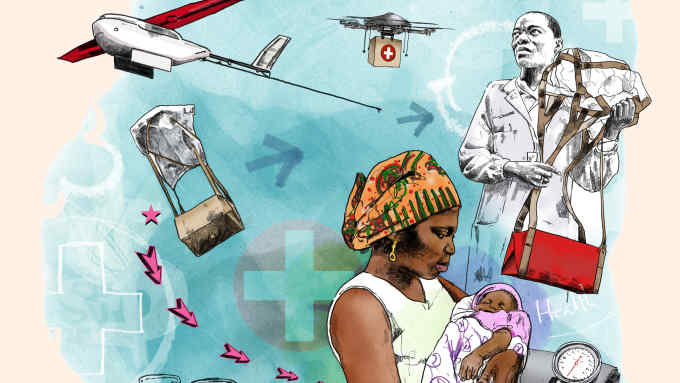