Technology, from blockchain to satellites, can track funded projects in real time

Seneca Park Zoo, in upstate New York, spends about $77,000 a year funding conservation projects around the world, including a tree-planting scheme in Ranomafana National Park in eastern Madagascar.

Until recently Tom Snyder, the zoo’s director of programming and conservation action, had little idea how effectively these funds were spent.

“You send the money and you get an annual report on how it is going,” he says. “Sometimes, because non-profit organisations are so stretched, the report doesn’t arrive for six months after the end of the review period. So it can be 18 months before you get any information. Many times the money doesn’t go towards the things they say it will.”

It is not just blockchain riding to the rescue. A whole collection of technologies, from smartphones to wirelessly connected sensors and publicly available satellite imagery, is coming together to verify what is happening on the ground in a Madagascan rainforest in a way that was simply not possible before.

When each seed or sapling is planted, for example, the forester can snap a picture of it, with GPS co-ordinates of where it was taken. These pictures can be compared with satellite imagery of the forest canopy or light readings from sensors at ground level to verify that there really has been an increase of trees in the area.

Blockchain is the network that knits it all together. The same distributed ledger technology that underpins cryptocurrencies like bitcoin makes it possible to maintain and verify digital records continuously in ‘blocks’. It can be used to capture many proof points, creating a unique record that cannot be tampered with, but which can be easily viewed by anyone.

The plan, says Snyder, is that from next February, you will be able to walk into the zoo, donate money towards the conservation project and then receive real time updates on your phone — including pictures — of your trees being planted. “We hope it will encourage more people to donate,” Snyder says.

Seneca Park Zoo’s own conservation budget may be modest, but the US Association of Zoos & Aquariums collectively invests more than $250m in international conservation each year.

Other organisations are looking at blockchain as a way of tracking previously difficult to verify outcomes. Vestergaard, a Swiss-based health company, for example, is working with Hiveonline, a Danish blockchain start-up, to provide microfinance for farmers in Ghana.

Vestergaard already sells farmers insecticide-impregnated crop storage bags to help stop grain becoming infested with weevils and other pests. Now the bags can be filled with a wireless chip for tracking and the quality of the grain can be assessed with an image recognition app on a smartphone. Based on this data, farmers can borrow money against the value of the crops they have stored with a local broker, for example. The money can be sent in the form of cryptocurrency, without the need for conventional banks.

Blockchain is not infallible, nor does it solve the fundamental logistics problems that African farmers face, says Sofie Blakstad, founder and chief executive of Hiveonline.

“We can’t take away the fact that it can still be a nightmare moving goods from one place to another in Africa, but we can put more transparency in,” she says. “We can’t stop people cheating but we can make it harder for them to do it.”

There are other problems too, such as making sure that data is not misused. Snyder, for example, is looking at ways to make sure poachers do not get hold of biodiversity information that would show them where rare animals might be found.

For blockchain pioneers, the tracking and verification possibilities are just the tip of the iceberg. The bigger vision for Shaun Conway, founder and president of Ixo Foundation, is potentially bringing in new money and investors into areas such as impact investing.

Conway says Ixo’s Blockchain for Impact platform could turn any desired impact investing outcome — such as the education of girls in rural India or the replanting of a number of hectares of rainforest — into a tradeable unit, or token. These could then be traded on a secondary market, like a bond, with the value going up and down depending on the progress of the project. Does it look like those rural Indian girls are getting high scores in their school exams? You may be in for a bonus payment — and the value of the token goes up.

“It would establish a market and create liquidity around these projects,” says Conway.

Might the trading introduce moral hazard, however? Could someone short the reforestation tokens and start a forest fire to ensure their value plunges? Conway admits it cannot be ruled out.

For Snyder, the possibility of trading tokenised trees and education outcomes is interesting but a little hypothetical. For now the tracking is exciting enough.

“People have to get comfortable with the system first,” he says. “A year or two down the road we can see what else comes out of it.” 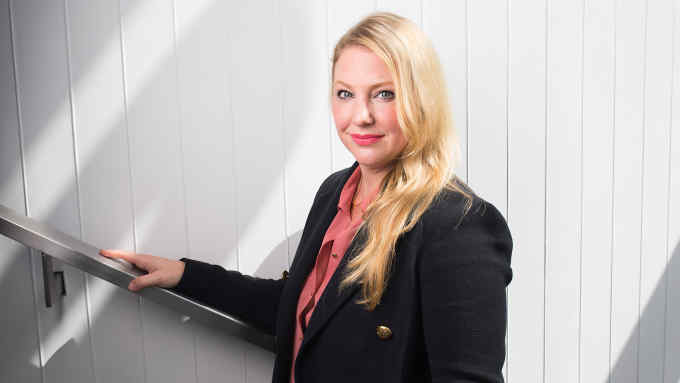