Perils of ensuring an investment has impact

Claims made by some social projects do not stack up: investors beware

It is a beguiling offer — an investment that can produce a financial return and a social or environmental benefit. It probably does happen sometimes but certainly not for every impact investment product. Investors must be on their guard.

Applying this kind of scientific approach shows that the impact of something is sometimes not as positive as we might imagine. Take a remedial education programme set up in 2012 for children in KwaZulu-Natal, South Africa, where lessons are in English after the fourth year of primary school. Since this is a foreign language for many poor children, they fall behind. During the programme, the children’s test scores increased by about half. That sounds impressive, but researchers found that children who had not taken the remedial class had also improved — and by the same amount. So the programme would appear to have had no impact.

Moreover, when impact investing involves charging for a product or service to create a revenue stream, this can reduce the social or environmental benefit.

Take insecticidal (anti-malaria) bed nets. You might think they are so effective at preventing a potentially fatal disease that people would be willing to pay for them. But studies published in 2011 by the Poverty Action Lab, a US-based research centre, showed that most people would not pay: as soon as there was a charge for the nets, demand dropped dramatically. Nor was it the case that people who paid for nets were more likely to use them. Usage, and therefore impact, did not depend on whether people paid for the nets. If the goal was to prevent malaria, by the time the nets had been made and shipped to where they needed to be, they might as well have been given out for free.

Solar lights in developing countries are another example. In 2013, SolarAid, a distributor of solar lighting, commissioned research into the impact of its products — including demand for them as well as usage and pricing. A study of more than 1,400 households in Kenya found take-up fell by 70 per cent when they had to pay the market rate for the lamps. Even when the price was heavily discounted, demand went down by 30 per cent. Making people pay for light in the evening had “no significant increase in children’s study time nor shifts to more productive time use for adults”, the researchers said.

In a separate Kenyan example, according to 2013 research, the $8 cost for a school uniform significantly reduced school attendance. You could argue that charging for school uniforms to produce an investment return reduces demand, and the revenue raised can be reused — unlike grant finance, which can only be used once.

Details matter here and we need to be careful. That argument only works if the investment income is recycled often enough to offset the reduction in demand. I have never seen an analysis of whether it is. If the poorest people are frightened off by having to pay for a school uniform, serving them might produce the greatest impact.

On the other hand, you could argue that impact investments should provide products such as solar lamps or school uniforms at a discount to those who can pay a bit, and philanthropy should provide them for free to those who cannot afford them at all. However, it is difficult to means-test the distribution of such items. Another response is to give cash to poorer households to buy what they need.

Another option is to use philanthropic money to provide incentives — what behavioural economists call “nudges” — to encourage take-up. This method has been shown to work in India, where vaccinations for young children require multiple visits to a clinic and poor families often drop out. Research published by the Poverty Action Lab found that offering parents 1kg of lentils if they took their children to complete the course increased immunisation rates six-fold. 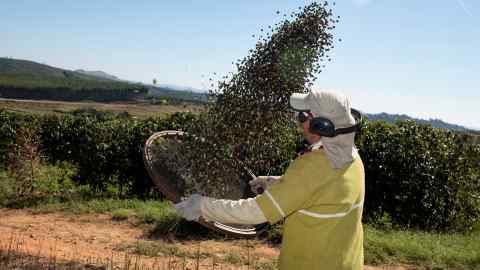 There is, therefore, sometimes a conflict between social return and financial return. Prospective impact investors need to look at the research underpinning the proposed interventions and question how robust it is.

Last year, my organisation, Giving Evidence, examined the impact claims — and the evidence behind them — made by various social enterprises for an impact investor who was interested in Uganda. First, we identified the sectors that the public, government, think-tanks and other observers saw as the highest priority, namely education, health, access to finance, agricultural productivity, public sector management and job creation. We then looked for an example of a social enterprise in each of those six sectors. As a benchmark of quality, the organisations had to have attracted investment from two well-known impact investors.

Of those six, three provided no evidence of impact in their public materials. Either they had evidence but had not published it, or they had none, in which case impact investing in them meant flying blind. A fourth social enterprise presented no evidence but did have a sensible-looking study under way, and a fifth cited a single study. The sixth case — the enterprise in public sector management — was the outlier, citing several high-quality studies.

Six organisations is not a big sample, but those impact investment opportunities had alarmingly little evidence to back up their claims of social or environmental benefit. Clearly, plenty of organisations produce both social or environmental benefits and investment returns, but many others fail to deliver. Impact investors, then, should be cautious. If an opportunity sounds too good to be true, then perhaps it is.