When Henk Blok outlines the regions where he has worked over the past 40 years, you would never guess that his adult life has been spent farming. From the US to the former East Germany, Russia, Kazakhstan, Turkey and Austria, Mr Blok was a man on the move as he pursued his chosen career. A native of the Netherlands, he now owns and runs a 140-cow dairy farm with his wife in Germany’s Rhineland.

Mr Blok did not grow up in a family of farmers, much less inherit a farm of his own, and so had to jump from farm to farm as he was entering this line of work.

He was keen, but he is aware of farming’s limited appeal to younger generations.

“If you show your kids that this is all work and not much fun, why should they take over this job?” he says. “I see people quitting all the time. Most of them, their sons and daughters are not interested in the business.”

At one time, he even had a business that offered vacation cover to farmers although he stopped the service several years ago, however, partly in order to devote more time to buying his own farm.

He is not alone in noting farming’s declining appeal to younger people — a problem the EU is looking to address through policy initiatives.

In a 2013 EU public consultation, respondents named “ageing and succession” as one of the three main challenges to family farming. The other two were the burden of dealing with red tape, and striking adequate commercial terms with larger trading partners such as supermarket chains.

Family farming represents the bulk of European agriculture. According to 2013 EU statistics, farms on which only family members work, or where they make up more than half the labour force, accounted for more than 95 per cent of the number of holdings and more than 65 per cent of utilised agricultural land.

This makes family farms key to the security of Europe’s food supply, as well as important employers and stewards of the rural environment.

Peter Hiemer, manager of Maschinenring Oberallgäu, a co-operative of farmers in the southernmost, Alpine district of Germany, says “it’s not getting easier” to survive as a small-scale farmer.

Maschinenring Oberallgäu, originally formed to help farmers share expensive equipment, offers holiday cover for members. But take-up, or lack of it, is striking. Whereas total sick leave hours are the highest in Germany, average annual leave for the co-operative’s 1,850 members in 2017 was just 2.2 hours. Vacations, it seems, are not considered a normal part of farm life.

The disparity in being willing to take sick days but unwilling to plan holidays is partly down to economics: in Germany, health insurers cover sick leave through paying replacement workers to visit farms and handle essential duties but holidays are not covered.

Mr Blok agrees: “The new women who get married to farmers today — they’re not going on a farm without holiday.”

Meanwhile, the introduction of technology on farms is often spurred by younger generations: a farm that is up to speed with the latest technologies increases the likelihood that a farmer will take the occasional holiday, says Mr Hiemer, since handovers to substitute staff are simpler.

But even as younger farmers modernise and diversify their operations — for instance, by offering citydwellers getaway breaks in the countryside — their own holiday needs tend to remain on the back burner.

The Rheinische Landwirtschafts-Verband, a German agricultural co-operative with about 20,000 members, scrapped a scheme to offer holiday cover because of lack of demand. That may be just as well, given the difficulties in finding people with the right training to cover even sick leave. “It’s a job that demands flexibility,” Mr Wiedenau says. “You don’t know where you’re going to be from one day to the next. It’s best for young people.”

Some of those young people may, like Mr Blok, eventually buy farms of their own. That is a succession path in its own way — but probably not the path of family inheritance that many ageing farmers wish for as they ponder retirement or, like all those holidays gone amiss, put off for another day. 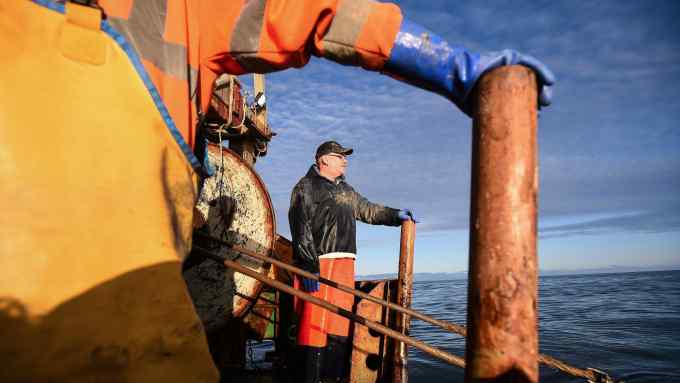