European asset managers are urging Brussels to exempt funds from controversial performance forecast regulations or risk seeing their sector fall behind the UK as it prepares to diverge from the EU rules post-Brexit.

The European Fund and Asset Management Association, the trade body, has written to EU lawmakers calling for maligned rules known as Priips to be waived for investment funds until the legislation has been fully reviewed.

Priips was introduced in 2018 with the aim of making investment products easier to understand. But its requirement for providers to publish future performance projections in different market conditions has attracted widespread criticism that such estimates are unreliable.

Some funds have generated wildly over-optimistic projections, leading economist John Kay to describe the regulations as “a triumph of pseudoscience over common sense”.

In a letter seen by the Financial Times, Efama calls on the European Commission to urgently rectify the flaws of the Priips rules via a full legislative review to “avoid further confusion among investors and preserve the worldwide reputation of the Ucits framework”.

EU retail funds known as Ucits funds do not have to comply with Priips until 2022. But Efama is concerned that this does not allow enough time to fix the regulations’ problems and wants the exemption to be extended. Attempts by Brussels to find a solution to the rules’ shortcomings recently hit an impasse following months of disagreements between regulators and lawmakers.

While the EU remains deadlocked, the UK government last week detailed its plans to change the Priips rules from next year, in one of the first areas of financial services regulatory divergence after Brexit. Under the proposals, UK investment funds would be able to disregard the Priips rules for up to five years to allow time for the Treasury to review its investment product disclosure framework.

Andreas Stepnitzka, senior regulatory policy adviser at Efama, warned that the UK’s move could give it a competitive advantage over the EU fund industry, adding that this risk should incentivise the commission to act.

“It's concerning to note that the first area of divergence between the EU and UK will be the Priips [disclosures],” he told the Financial Times. “Does the UK believe that a more investor-friendly [framework] will be a main selling point for the UK’s post-Ucits regime? In any case, the EU should not be complacent.”

Chris Cummings, chief executive of the Investment Association, the mouthpiece for UK asset managers, welcomed the Treasury’s plans to modify the Priips regime, which he said was “not fit for purpose”. He added: “Clear and meaningful disclosure is the foundation for effective communication and building customer trust.”

But Mikkel Bates, regulations manager at FE fundinfo, the data company, said that the UK’s statement provided scarce help to asset managers with funds based in the EU.

“The [UK] Treasury no longer has any influence over EU regulators or legislators, so cannot get involved over disagreements concerning what to include [in the Priips disclosures] in Europe,” he said. “Until this is resolved, any sensible changes from the Treasury will only drive the UK further away from the standards set beyond our shores.”

Explore the series
READ MORELatest news on ETFs
ETF costs: what is an OCF or TER and why is it important to know? 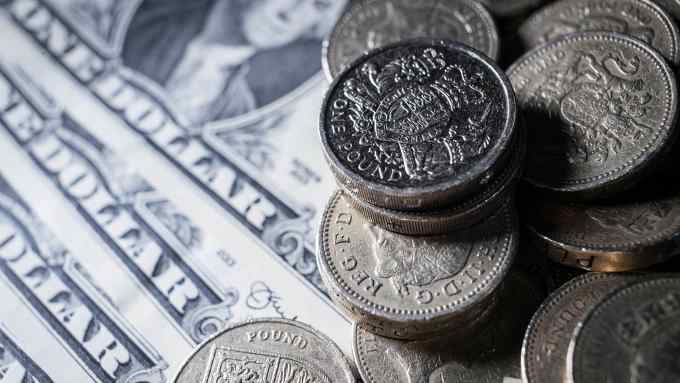