Swedish activist Greta Thunberg may have pushed climate change up the global agenda with her speech at last month’s UN General Assembly in New York, but the same day a less marked but still important victory was sealed when heads of governments voted through a commitment to universal health coverage.

The pledge to move towards provision of affordable care for people everywhere satisfied one former politician who is similarly driven by a passion for the environment, activism and peace: Gro Harlem Brundtland, former prime minister of Norway.

“We need to convince all countries that they should have a primary-care based, publicly funded healthcare system for everyone,” she says, reflecting with a mixture of cautious satisfaction and continued impatience. “We need to make that a reality.”

The two Scandinavians may be separated by two generations, but joined in their thinking on certain problems. Ms Brundtland has long championed sustainability. Three decades ago she headed the UN commission that coined the phrase “sustainable development”, paving the way for the international climate talks and what have become the UN’s sustainable development goals.

“The universal healthcare coverage document is good,” she says. “But if [the sustainable development goals on health] are to be achieved by 2030, we need to move: we’re already almost in 2020. There will still be gaps, but I think there will be major changes. We’re moving in a positive direction.”

Ms Brundtland shifted from domestic politics into international policy work two decades ago, providing strong leadership at the World Health Organization from 1998 to 2003. Her initiatives at the agency included overseeing a framework convention on tobacco control and sharply expanding the global response to HIV in poor countries with high infection rates by improving access to medicines.

After stepping down from the WHO, she moved from her native Norway to southern France, keeping a low profile. But she found it difficult to turn her back on international affairs and needed little persuading to sign up as a founder member of The Elders, the group of global leaders created by Nelson Mandela in 2007.

The American privately based health system is inefficient, uses much more of GDP and delivers worse outcomes

Aged 80, she has returned to live in Norway but remains a frequent flyer as she joins Elders’ delegations discreetly lobbying senior politicians around the world to gently offer their support and wisdom on matters of common concern.

“We focus on areas where we can make a difference and add momentum,” she says. “On peace, justice, human rights . . . issues where an independent voice can make a difference.” That means notably actions for sustainable development, removing the nuclear threat and universal health coverage, her signature theme.

She is scathing of the single biggest outlier to the trend of greater state support for health in richer countries: the US. “It’s shocking there is such a lack of a federally regulated system in this country,” she says. “You can’t let companies do what they want. The American privately-based health system is inefficient, uses much more of GDP and delivers worse outcomes.”

She describes how she used her concern with the US — “an example of spending a lot of money with bad results” — as a warning when she met Cyril Ramaphosa, South Africa’s president, to argue for universal health coverage. “They risk being in the same situation, with a middle class with health insurance while the poor are left behind.”

Yet she is not opposed to an important role for the private sector, which plays an essential role in developing medicines, for instance. She defends her record at the WHO, where she was criticised for getting close to the pharmaceutical industry. “You can’t make change in societies if you are not going to work with the private sector. It is there, it is part of our economy, but it has to be regulated and stimulated.”

She also believes in breaking down silos between countries’ health and finance ministers, lobbying the two departments to make the case that health is not just a human right but an economic investment that can foster political stability.

Ms Brundtland stresses that healthcare should be made available without “user fees”, which otherwise provide a barrier to those who are more financially vulnerable and at greater risk from poor healthcare.

She is keeping a cautious eye on international agencies, including the World Bank, to ensure there is no fresh push for curbing public expenditure and favouring private operators in managing and funding health systems. She also remains nervous over the frequent pushback on women’s rights on reproductive health. “We have had to fight again and again and again.”

Yet she remains positive on healthcare as well as the environment, stressing that Ms Thunberg should be “patient”. Progress has been made on sustainable development over the years despite huge international political objections and considerable setbacks, she argues. “You can never give up. I’m an objective optimist.” 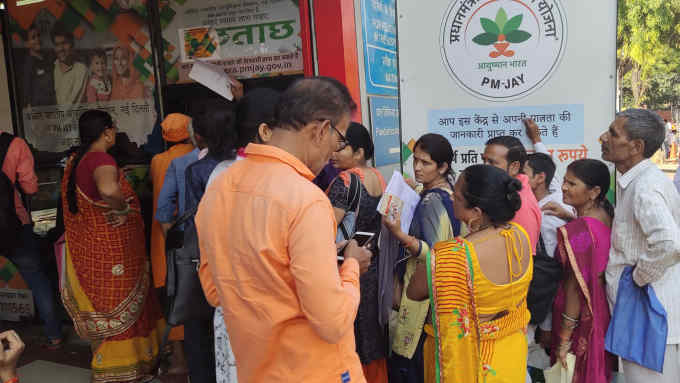