Indian farmer Rajendra Prasad Singh was advised by doctors in 2015 to undergo immediate knee-replacement surgery to end his constant pain and ensure he retained his mobility. But the operation’s price tag of Rs250,000 ($3,500) was too much for a family scraping by on less than an acre of land in rural Bihar.

Like many poor Indians, when confronted with the prohibitive cost of medical care, he simply tried to do without.

As a result, his condition deteriorated to the point that he was basically bedridden. Today, he needs not just one knee-replacement but two, plus hip surgery to restore his mobility. “If we could have afforded to have the operation immediately, maybe he wouldn’t have needed so much surgery,” muses Reena Devi, Mr Singh’s daughter-in-law.

Today, however, the septuagenarian is finally at New Delhi’s All India Institute of Medical Sciences undergoing the operations he needs. He is an early beneficiary of an ambitious new health insurance scheme intended to ensure that economically vulnerable families such as his can obtain the medical care they need without being pushed back into poverty.

“We are in a time when India is serious about the health sector,” says Indu Bhushan, chief executive of the new National Health Authority, which runs the scheme, dubbed “Modicare”. “There is momentum, and the demand for healthcare services is going to rise exponentially. People want more healthcare in general. When incomes rise 1 per cent, demand for services increases by more than 1 per cent.”

In theory, India’s network of public hospitals have always been mandated to provide free treatment to the poor. But in reality, these understaffed, underequipped and poorly managed facilities have struggled with overwhelming patient loads.

Once a person falls sick, the whole family suffers

As a result, many poor Indians have been forced between seeking treatment in costly private hospitals, often pushing families deep into debt, or simply going without care.

Studies have previously estimated that about 60m Indians were being pushed into poverty each year by “catastrophic” health expenditure and around 70 per cent of the country’s total healthcare spending was coming directly out of the pocket of patients and their families. The repercussions went far beyond the ailing patient.

With the new health insurance system, operating through private companies, India’s poorest get coverage of Rs500,000 per family per year. This means around 500m people are eligible to seek cashless treatment in either public or private hospitals.

The cost to the government is around Rs1,052 per family, with 60 per cent borne by India’s central government and the rest by participating states.

“For the last 70 years, we were focused on the supply side and building public hospitals,” says Mr Bhushan, who holds a PhD in health economics. “But the provision of services through the public sector may not be equitable. They are so overstretched, people may not get services. This is demand-side financing that opens the door for people to go to the public hospitals.”

In the year since the scheme began, it has covered nearly 5m hospitalisations for patients dealing with everything from heart trouble to cancer to urological problems. This care, valued at more than $1.1bn, is provided by some 18,000 approved hospitals — half of them public and the other half private.

“If any person’s land, house or jewellery, or any other items have been saved from being sold or mortgaged for covering the expenses of treatment for any disease, then Ayushman can be considered a great success,” said Mr Modi at a gathering to mark the scheme’s first anniversary.

The Big ReadAmy Kazmin
India’s healthcare: does Modi have the right cure? 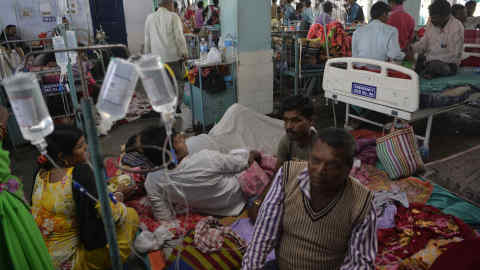 As authorities look ahead, huge challenges remain. In small towns and rural areas, well-trained doctors and quality healthcare infrastructure are still in short supply, though authorities hope that giving patients the capacity to pay will encourage investment into new private healthcare infrastructure in the long run. For now, patients still have to travel great distances for treatment.

Developing robust methods to detect fraud is another challenge, given how efforts at gaming the system could affect long-term costs. Authorities say they are taking a no-tolerance approach and any hospital found to have tried to game the system will be immediately blacklisted.

Meanwhile, in a vast country with high illiteracy rates, many impoverished Indians are still unaware that they are eligible for the scheme, or how to take advantage of the benefits, despite various outreach efforts. While some patients turn up at participating public hospitals, and are informed they can secure cashless treatment, others may not seek the care they need, or end up paying for service at non-participating hospitals.

“Letting people know they are eligible is a work in progress,” says Mr Bhushan. “That has been the challenge. And it continues to be the challenge.” 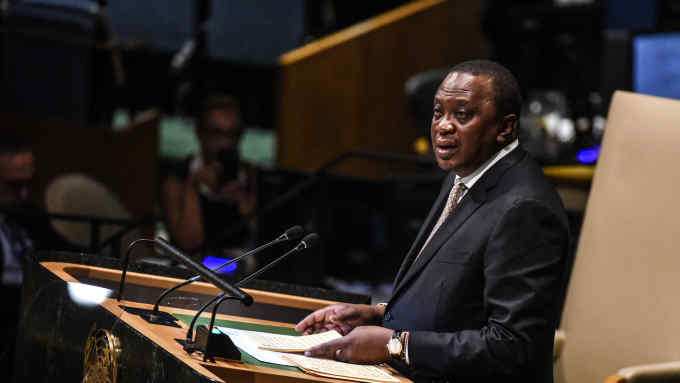