Tech companies on front foot in push to recycle

By 2050, plastic-eating drones the size of ships will roam the oceans autonomously, collecting debris in much the same way that the Roomba, a vacuum cleaner robot, sucks up dog hair in a living room.

This distant reality is already taking shape. The Ocean Cleanup, a small Dutch start-up that aims to rid the world’s oceans of plastic, recently completed a six-week test that used a giant parachute to collect waste from the Great Pacific Garbage Patch — an 80,000-tonne area of plastic that is three times the size of France.

The risk of such a vision, however, is that consumers will depend on technology to save the planet when the more obvious answer is to consume less and reuse more.

“The real solution to this lies on land not in the ocean,” says George Leonard, chief scientist at the Ocean Conservancy, a Washington-based environmental group.

Moreover, this ocean waste cannot be recycled. “The plastic they have collected is not being miraculously turned back into usable products. Most of it is degraded and broken down. You can’t do much with it: you’re either burying it in landfill or burning it,” says Mr Leonard.

With such stark statistics, our environmental trajectory looks unlikely to take us to an idyllic state by 2050. But that could change as consumers and businesses become keen to take action.

“The chances of governments, academia and the private sector doing something about it [recycling] has gone way up in the past two years,” says Dan Helfrich, chief executive of Deloitte Consulting. “That gives me confidence. The conversation has gone from narrow activist to mainstream importance, and when [that happens] the rhetoric slows and the action accelerates.”

One of the most popular consumer items ever — the iPhone — is an example of how business is responding to the call.

The “biggest improvement” Apple has made to the smartphone since 2007 is not the quality of the camera, speed of the processor or any other feature. Instead, it is the “material reuse and closed-loop manufacturing, which was not something that even the genius engineers who innovated the first iPhone would have thought of,” Lisa Jackson, vice-president of environment and social initiatives at Apple, tells the Financial Times.

Closed-loop manufacturing, in which industry repeatedly re-uses materials to conserve resources and lower its carbon footprint, is gaining momentum. By 2050, a “circular economy” — in which products and materials are reused rather than thrown away — could be so normal that making consumer electronics will not require any mining.

Last year Apple unveiled Daisy, a robot that can break down 200 iPhones an hour for their components to be recovered and reused. In the iPhone 11, Apple used recycled rare earth elements — a group of 17 metals widely used in electronics but whose mining and processing is particularly carbon-intensive — to build its Taptic Engine, which enables the device’s screen to mimic the push of a button.

Recycling rare earth elements in high-end consumer products had been dismissed as unrealistic just a few years earlier. “It was classic Apple,” says Ms Jackson, the former head of the US Environmental Protection Agency. “Our people get excited when we’re told something isn’t possible.”

By 2050, further advances in recycling should make it possible for computers to be made entirely from recycled parts — including microchips which require a demanding level of purity, says David Lear, Dell’s vice-president of sustainability.

“We are designing our products knowing we will get them back someday,” he says. “And I’m going to be able to pull materials from other industries, too . . . So we don’t need to dig any more holes or process any more fossil fuels or plastics, metals or aluminium.”

Dell is already making progress, albeit on a small scale. Last year the Texas-based PC and software group partnered with entrepreneurs in India to begin making “pollution ink” by capturing diesel exhaust fumes from generators — one of the largest pollutants in the country. This was then turned into ink for its packaging.

For many brands, creating a more sustainable supply chain may be more expensive.

At present, for example, businesses can save money by using less expensive plastic bags. These, however, are only cheaper because no one is paying the end-of-life costs, says venture capitalist Daniel Oros. The plastic bag often ends up in the ocean — creating an infinitely more expensive problem.

Business incentives could change if consumers stop thinking in terms of cost in the most narrow sense and instead consider sustainable solutions, says Brenda Haitema Arjona, head of Asia at First Mile, a start-up that collects plastics from poor communities and turns them into materials for high-end goods.

“This is the only way forward,” she says. “People must be willing to spend a little bit more on something because it’s been recycled or because they know it has replaceable parts.”

Explore the Special Report
READ MOREHow we will live in 2050
Future factories: smart, connected but still with a human touch 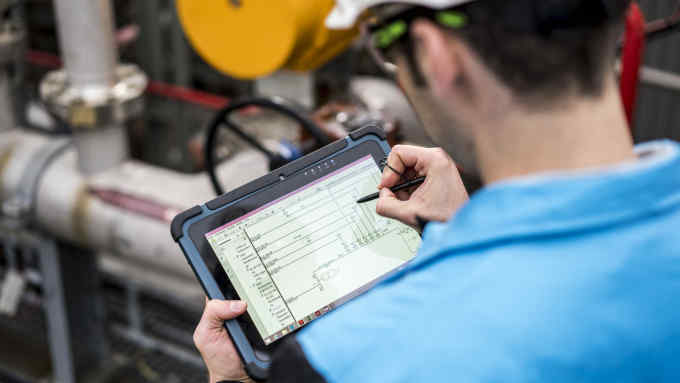