UBS Financial Services will pay $8.1m to settle allegations that it had faulty policies and procedures that led to clients holding a short-term, volatility-linked exchange traded product for longer than they should have, the Securities and Exchange Commission announced earlier this week.

Between at least January 2016 and January 2018, financial advisers in UBS’s discretionary Portfolio Management Program purchased and held the iPath S&P 500 VIX Short-Term Futures ETN, or VXX, for clients for a longer period of time than it was intended to be held, the SEC’s order said. The ETN is designed to be held for a few days, but the New Jersey-based subsidiary of the Swiss multinational investment bank had hundreds of accounts that held the product for more than a year.

Accounts that held VXX for more than a year lost more than 75 per cent of the value of their VXX holdings, the SEC found.

UBS neither admitted nor denied the findings, the SEC’s order stated.

The VXX, which is listed on NYSE Arca, is a volatility-linked exchange-traded note that tracks the S&P 500 VIX Short-Term Futures Index Total Return, the order said. The benchmark offers exposure to futures contracts of specified maturities on the VIX, a volatility index.

When VXX was initially pitched to UBS’s ETP review committee in 2009, issuer representatives noted that it was “inappropriate to hold the VXX for extended periods”, according to the SEC’s order. UBS’s review committee initially allowed the ETP to be sold on UBS’s brokerage platform. However, the committee soon restricted the sales of the VXX to brokerage clients, and in 2011, it banned UBS brokerage representatives from soliciting the product altogether.

By 2016, the committee only allowed the product to be sold unsolicited to customers with more than $1m in net worth and an aggressive risk profile. In 2017, the net worth threshold increased to $10m.

On several occasions in 2015 and 2016, UBS management committees warned internal financial advisers about the product’s long-term risks, the order found.

However, the equivalent restrictions were not in place for the fund advisers in its discretionary account advisory programme, the SEC said.

Such advisers with more than five years of experience could invest client assets in VXX. In addition, UBS did not restrict their use of the product to certain strategies or by client risk profile, net worth or income.

“Although UBS implemented holding period monitoring and restrictions with respect to another category of complex ETPs, inverse ETFs, UBS did not do so with respect to volatility-linked ETPs such as VXX,” the order stated.

Several fund advisers stated that they viewed VXX as a hedging instrument and did not account for its investment time horizon. “As a result, these [advisers] could not make a reasonable determination as to whether VXX was a suitable investment for their clients,” the order found.

The SEC’s order was likely motivated by investor protection concerns, said James Tierney, a law professor at the Nebraska College of Law and a former senior counsel in the SEC’s Office of the General Counsel.

“Some of UBS’s advisers really didn’t understand the risks involved with these volatility-linked products,” Tierney added.

UBS advisers were forbidden from investing more than 3 per cent of an account’s assets in the products, the order noted. However, UBS failed to monitor and enforce this rule, the order stated. Between January 2016 and August 2017, 38 advisers held excess concentrations of VXX in 637 accounts.

“The way this happened was pretty egregious,” said Amy Lynch, founder and president of FrontLine Compliance. “They weren’t even following their own policy and procedure, which is to monitor the concentration risk.”

In October 2017, UBS’s management committees recognised that UBS advisers were misusing the VXX. They banned further purchases and told current holders to exit their position by January 2018.

UBS’s decision to take remedial actions prior to being contacted by the SEC helped their settlement negotiation position, Tierney said. “Firms don’t get the same kind of credit for remedial efforts taken only after someone noticed,” he added.

“Advisory firms must protect clients from inappropriate investments in complex financial products,” said Daniel Michael, chief of the SEC Enforcement Division’s Complex Financial Instruments Unit. “We will continue to scrutinise firms’ policies and procedures related to these risky products, and we will take action when they are inadequate.”

“UBS is pleased to have resolved this matter related to the firm’s policies and procedures for one product in one of its discretionary trading programmes between 2016 and 2018,” UBS said. “As the SEC acknowledged, UBS proactively reviewed and removed the product from its programme before being contacted by the SEC.”

This settlement is the sixth arising from the SEC’s ETP Initiative. Last November, the SEC settled with five groups over holding on to volatility-linked ETPs for longer than they were designed.

In May, the SEC settled with S&P Dow Jones Indices over disseminating stale data about the S&P 500 VIX Short Term Futures Index ER during a period of market volatility. 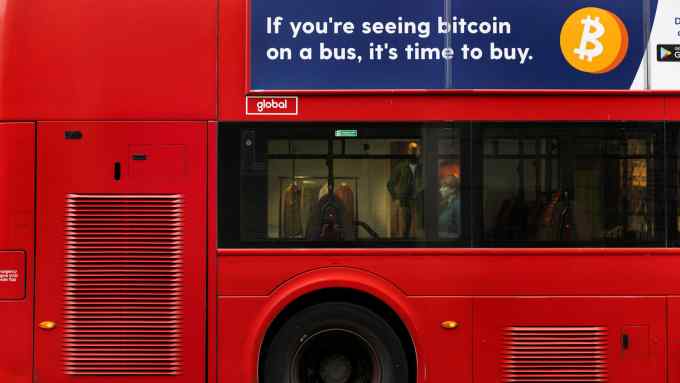