The fights that will shape Brexit outcome

Opening confrontations may show if there is basis for viable deal

Theresa May’s Brexit speech this week laid out in stark terms what she wants from Britain’s separation from the EU. European leaders, meanwhile, have stuck doggedly to their own demands. The two sides will soon collide.

When they do, their opening confrontations may answer a vital question: is there a basis for a viable deal? The answer depends as much on the order on which key issues are negotiated as on the substance.

“We only have 18 months of talks to agree the exit deal, and we could spend five months arguing about what to argue about,” said one senior diplomat involved in the process.

Since the days after the June 23 referendum, the EU-27 have shown remarkable unity around their negotiating principles, which make access to the single market conditional on acceptance of the EU’s four freedoms, rule out cherry-picking and insist an orderly divorce comes before trade talks.

Brexit
Trade truths for May vision of ‘Global Britain’ 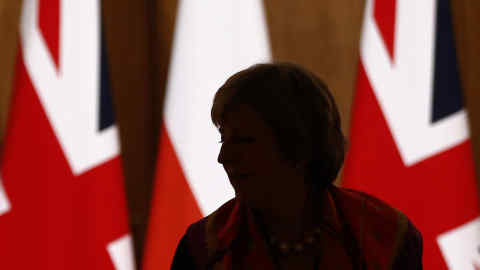 The objective is to stay close to the UK, but only with a deal that its demonstrably worse than membership, pour decourager les autres. “Thinking it can be otherwise would indicate a detachment from reality,” said Joseph Muscat, the Maltese premier.

Mrs May in turn has made clear her priorities for a “clean break”: repatriating control of borders and laws. This requires leaving the single market, quitting the jurisdiction of the European Court of Justice, and putting into action an independent trade policy. The objective is a new trade deal with the EU, agreed before Britain leaves the bloc in 2019. Without that, “no deal would be better than a bad deal”, she warned.

Once Britain triggers the formal Article 50 exit clause, the question of how to organise talks will be pivotal.

Serious trade negotiations must start immediately if Mrs May is to secure a deal before 2019. And yet the EU priority is for an orderly withdrawal that decides what rights and obligations still apply after Brexit and ensures Britain settles old bills that run to tens of billions of euros.

Michel Barnier, the EU’s lead negotiator, described divorce as a “prerequisite” to a trade deal. Other hardliners in Brussels, Berlin and Paris want a strict, staggered approach: pay the bill and the exit, then talk trade. Any discussion about a “framework for a future relationship” between the UK and the EU — as required under Article 50 — would be relatively vague.

Another EU-27 camp is more open to a limited parallel trade conversation, linked to Britain’s progress in divorce talks. This would aim to avoid the kind of divorce-first negotiation that might look like what Boris Johnson, foreign secretary, calls “a punishment beating”. The EU-27 leaders will ultimately decide how to proceed.

A deal in two years?

Regardless of when talks start, few in Brussels think even provisional agreement on a comprehensive trade deal is possible so quickly. The technical questions are too complex, and the politics too difficult. One senior EU negotiator described a two-year timeframe as “completely unrealistic”.

Mrs May has options to raise her chances. One is to threaten to refuse to co-operate on divorce unless fully-fledged trade talks are launched from the start of Article 50 talks. But that risks wasting Britain’s limited negotiating time in a stand-off.

Another option is to narrow the scope of the trade deal to reduce its complexity. This goal could be a more modest zero-tariff agreement for goods and a transition where Britain remains in the customs union. David Davis, Britain’s Brexit secretary, has mentioned “a year or two” of “implementation” that would allow companies to adjust.

The crunch question about Mrs May’s “implementation” period is whether it will be governed by UK or EU rules and courts. With British elections looming in 2020, Mrs May is determined to make a transition look different to the “political purgatory” of maintaining extended EU membership obligations — such as budget contributions, open borders and judges in Luxembourg — without being a member.

Yet for the EU this would be unacceptable cherry-picking. Temporarily extending out EU rights for citizens or companies, or prolonging market-access privileges, would require Britain to accept the bloc’s four freedoms — the free movement of goods, people, services and capital. “It would be good if our partners also understood that there would be no place for pick and choose tactics in our negotiations,” said Donald Tusk, European Council president.

The issue of citizen rights shows how difficult it may be to structure a transition. Mrs May was rebuffed by EU leaders after calling for a deal “straight away” to “guarantee the rights” of expats in Britain and the EU.

For the EU, this raises more questions than answers. What rights are guaranteed, British or EU? Which citizens? Does it include spouses or other family members? For how long? Under what legal order? 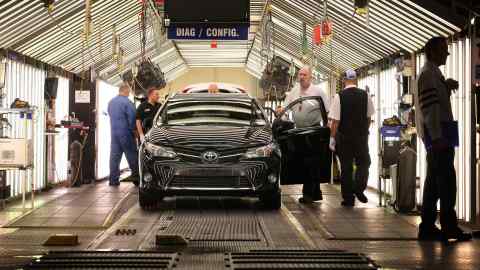 To be covered in an Article 50 withdrawal agreement, EU negotiators see these rights as needing to replicate the EU status quo, meaning these EU citizens would still have recourse to EU courts, even from Britain.

That is unacceptable to Mrs May. But any alternative would require bilateral agreements between Britain and individual EU countries — a negotiation that could drag on for years. One senior negotiator predicted the complexity of citizen rights could make it one of the most difficult and drawn out elements of Brexit.

When Mr Tusk praised Mrs May’s “more realistic” approach, it reflected relief that she would leave the single market rather than attempt to remain a member with fewer obligations.

But Mrs May’s objective of retaining “elements of the single market” in a trade deal is a mix-and-match approach almost as worrying for EU leaders. Using an FTA to almost duplicate full access would undermine the point of membership.

Pieter Jan Kuijper, a former top trade lawyer for the EU and WTO, said Britain’s attempt to reverse out of the single market and into an FTA was like “trying to fit into a Procrustean bed” — a reference to the Greek myth in which a blacksmith stretched people or lopped off their limbs so they could fit his iron bed.

For the EU-27 side, opting out of common rules and common enforcement under EU courts has consequences. “The Brits see our markets as some kind of dumping ground, even for services. But it is difficult to be half-pregnant,” said one senior EU diplomat. “If you opt out of our regulatory framework, if you are out of the single market, then you lose trading rights.”