As economies emerge from hibernation, employers are rushing to make workplaces safe with rudimentary tools such as hand sanitiser, face masks and the use of stairs rather than lifts. But engineers are developing more radical technologies to keep the virus out of offices.

The big challenges posed by the virus indoors are the collection of particles on surfaces and the flow of air between individuals. “Pandemics like this can provide fertile ground for creative minds to think about how to do things differently,” said Shaun Fitzgerald, visiting professor at the University of Cambridge.

Many of the innovations, however, will not come cheap. Here are some of the emerging options:

Viruses and bacteria can survive for a long time on surfaces and can be stubbornly resistant to cleaning. On plastics and steel, for example, the novel coronavirus can live for up to 72 hours.

Silver and copper, by contrast, are known to kill viruses and bacteria within four hours. But “the timeframe we need is seconds to minutes, and it needs to be built into the materials”, says Felicity de Cogan, research fellow at the University of Birmingham.

She is also founder of NitroPep, a company that is developing layers of material with tiny spikelike particles that puncture and kill viruses within minutes.

NitroPep’s spikes are tiny antimicrobial agents that can be added to desks, walls and other surfaces and rupture anything with a membrane that lands on them.

“It doesn’t require a change in behaviour, it just sits there and kills whatever lands on it,” said Ms de Cogan. The spikes cannot be felt by anyone running their hand across the surface.

The technology is untested for coronavirus, but when it was piloted for a year on a Royal Navy ship it removed more than 95 per cent of bacteria such as E.coli and MRSA, which is resistant to many forms of antibiotics. How effective the technology is at killing viruses such as Sars-Cov-2, which causes Covid-19, remains to be seen.

If deemed to be effective for the novel coronavirus, Ms de Cogan says she will look to apply the microscopic spikes to handles and seating on public transport and use them for self-cleaning protective equipment.

Although exact pricing has not been determined, the technology has been designed to be “very economical so that it can be used as widely as possible”, Ms de Cogan said.

Some experts have reservations. “We’re not going to be able to cover every product and material we touch with self-cleaning surfaces,” said Joseph Gardner Allen, assistant professor at the Harvard TH Chan School of Public Health.

Coronavirus has brought a new lease of life to a decades-old technology known as “germicidal ultraviolet” — beams of UV light that kill micro-organisms by mangling RNA in viruses and DNA in bacteria and fungi.

It already has a track record: during a series of drug-resistant tuberculosis outbreaks in the 1980s researchers found that placing UV lamps on the ceiling of large rooms effectively stopped transmission of the disease.

It is particularly recommended in crowded and poorly ventilated environments such as food manufacturing facilities, warehouses and airports.

Coronavirus has even turbocharged demand for UV disinfecting robots. Danish company UVD Robots was the first company to invent these machines, which travel around buildings emitting UV light that leaves bacteria and viruses too damaged to function. The robots, which sell for roughly €60,000, can already be found at hospitals, hotels, offices and airports around the world, including London’s Heathrow.

However, there are real concerns about UV radiation causing skin and eye damage to humans. That means it has to be placed high up and encased in light fixtures or air conditioning systems, while the robots are programmed to operate only at night when no one is around.

Real-time environmental monitors that “check the pulse” of a building already exist to assess things like CO2 levels and could be retuned to focus on the virus.

Some researchers in Switzerland are trying to develop sensors that detect the virus itself. Researchers at the Swiss Federal Institute of Technology (ETH Zurich) and Swiss Federal Laboratories for Materials Science and Technology (Empa) have developed a sensor set inside a chamber that emits a light signal if it comes into contact with the virus’s RNA.

Testing in real life environments — including hospitals, train stations and shopping malls — will start in the next few months.

While high tech solutions may show promise, some engineers argue that the cost of implementation and speed of delivery mean that the focus now should be on simpler upgrades to existing systems. Chief among them are heating, ventilation and air conditioning (HVAC) systems

They can play a key role in preventing the accumulation of tiny airborne microdroplets known as “aerosols”, but in many cases there is room for improvement. The minimum ventilation flow rate is typically 5-10 litres of fresh air per person per second, but some buildings can have just 1 litre per person per second.

Many ventilation systems also circulate air from one indoor space to another, increasing the risk of airborne infection. Instead, each room needs to be pumped full of 100 per cent outdoor air wherever possible, engineers say.

Wirth Research, based in Oxford and set up by Nick Wirth, a former Formula One technical director, is developing a system to destroy airborne particles from some of the least ventilated spaces — notably passenger lifts and aeroplanes.

Cool indoor air is circulated out of the space into a “viral furnace” where it is heated to more than 95C to kill any pathogens and then cooled and filtered back in. Mr Wirth estimates that installing the system in a small space such as a lift would cost several thousand pounds.

The process of heating and then cooling air is fairly energy intensive but Mr Wirth argues that it will be essential to ensure the safety of some of the most stagnant environments. 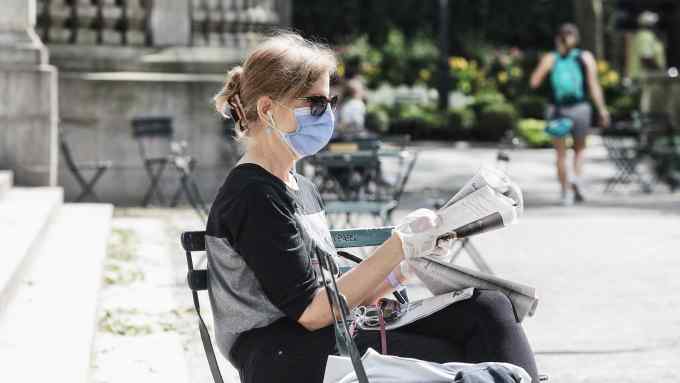