The last word that Mariam Abdi Adam heard her mother utter was a muffled, unanswered “HELP”. It was relayed from the floor of the isolation ward where her pre-paid phone had fallen in the middle of a call.

Tusmo Abdi Adam died from Covid-19 at the Royal London hospital the next day. The loss, her daughter said, was made more painful by her belief that it was preventable — had the care her mother received been better, and had information on the disease been conveyed faster to the Somali community in east London at the outset of the pandemic.

“I believe my mother died from neglect and not having the support or treatment that she needed. Knowing that she might have had a fighting chance makes the trauma worse,” she said as she recounted her mother’s final days in March, when the virus was spreading around Tower Hamlets, her borough.

The family’s experience, and that of the wider ethnic Somali community, fits a pattern that has seen black and minority ethnic (Bame) groups in the UK hit much harder by Covid-19 than white communities. According to figures published on Friday by the Office for National Statistics, between March 2 and May 15, the rate of deaths involving Covid-19 for black males in England and Wales was 3.3 times greater than that for their white peers, and 2.4 times greater for black females.

Mrs Abdi Adam was the first ethnic Somali to die from Covid-19 in Tower Hamlets, according to Safia Jama, a mental health worker who runs the Women’s Inclusive Team, a local charity. “After that, there was a rollercoaster of deaths.”

Precisely how many have died is difficult to ascertain because Somalis do not yet feature as a separate ethnic identity in official UK statistics. But no one is in doubt about the extent to which they have suffered. “In two weeks in our small mosque, where 200 people pray, we lost 10 of our worshippers,” said Sahra Mire, female director at the Ashaadibi mosque.

In April, when the scale of disparities in the way different communities were being affected by coronavirus was becoming apparent, the government asked Public Health England to investigate. 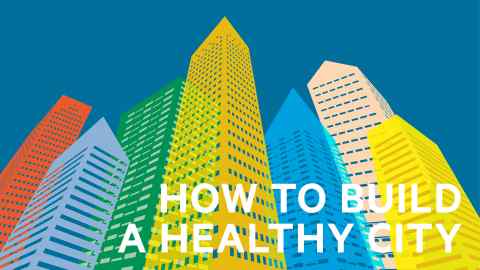 Reporting back two weeks ago, it released data confirming that black and other minority ethnic Britons were more likely than white people to die from the virus. But a separate report attempting to explain the reasons was withheld as antiracism protests under the banner of Black Lives Matter were taking off across the UK.

“Covid is like the final straw. People are realising we live in a society that doesn’t care about black people. It is not just about police brutality. It’s about health too,” said Amina Ali, the only elected Somali member of Tower Hamlets council.

PHE eventually published its follow-up on Wednesday, after it was leaked. It said that “the pandemic exposed and exacerbated longstanding inequalities,” and suggested that structural racism had played a part.

Tusmo was living in an apartment with her daughter and three granddaughters in a crowded council block. She had pre-existing heart and kidney conditions when she caught the virus — from her nephew, a chef who came to stay as he was falling sick.

At that time, early in the pandemic, according to Mrs Jama, many older members of the Somali community were misinformed about the virus and tended to be fatalistic about it.

“Tusmo’s death was a wake-up call. It was like we had to learn about the disease through lived experience,” said Mrs Jama, outlining how she and others had mobilised nearly 100 volunteers since to help feed and support elderly and at-risk Somalis.

Members of both the Somali and much larger Bangladeshi communities in east London are prone to long-term health conditions, such as diabetes and high blood pressure — co-morbidities that increase the dangers of Covid-19. They tend to live in intergenerational households, with a more mobile younger generation becoming inadvertent vectors for infection.

Tower Hamlets has the third-highest proportion of households with six or more people in London and among the highest proportion of Bame residents in the country, according to the council. Many are employed in frontline jobs which carry high risks of exposure to coronavirus.

“I know of five bus drivers who have died (of the virus),” said Amina Ibrahim, a nurse and anaesthetist’s assistant who has spent the past 12 weeks seconded to an intensive care ward. She said the first Somali suspected to have become infected in London was an Uber driver who picked up a visitor from Spain at Heathrow airport.

When the disease then began to ravage the Somali community, families such as the Abdi Adams were horrified that hospitalised relatives were not accessible and often never came back. This deterred others from seeking help before it was too late.

“They called ICU “qolka dimashada” — the room of death,” said Ms Ibrahim, explaining how, in the absence of more publicly available information in the Somali language, it had become necessary for Somali healthcare professionals like her to get involved in communicating in their free time.

In a quest for an answer to why the area’s Bame communities have been so badly hit by Covid-19, researchers at Queen Mary University of London in Tower Hamlets have pored over anonymised medical records from more than 150 GP surgeries in east London.

They found that the rate of infection in the mostly Bangladeshi south Asian community, when adjusted for age, was 1.9 times higher than in the white population, and 1.6 times higher in the black community, of which ethnic Somalis form a large part.

Dr Sally Hull, a reader in primary care at Queen Mary’s who led the research, said the prevalence of long-term health problems undoubtedly exacerbated outcomes. However, that did not explain the disparity in risk faced by different communities and she doubted genetic predisposition was at play.

“The medical factors in people’s record including BMI and long-term conditions, and the tendency to be more deprived, are all important as risk factors, but they don’t explain this ethnicity gradient,” she said.

“Even with precise data from medical records we can’t explain. Therefore, we have to look elsewhere . . . and at a range of factors associated with occupational exposure that are difficult to capture.”

Rushanara Ali, the Labour MP for the borough, said she had warned ministers early on in the crisis about the need to pay special attention to constituencies such as hers, where there are high levels of health inequalities, overcrowding and many intergenerational households, especially among Bame communities.

“There was a failure to pick this up quickly and say what do we need to do,” she said. As the government eases the lockdown, she fears few lessons have been learnt.

Dr Hull said there were no quick fixes to the structural inequalities in boroughs such as Tower Hamlets. But practical measures could still be taken to mitigate the dangers of a second coronavirus wave.

“There is a lot more that could be done to empower people to take risk assessment in the workplace more seriously,” she said. Part of the answer also lay in the way local communities had come together to support the most vulnerable in their midst and how the younger generation was looking out for their elders.

“People lucky enough to still have parents after this pandemic now want to spend as much time as they can with them,” said Ahmed Duale, a student and the elected deputy young mayor of the borough.

Get alerts on UK Inequality when a new story is published

Explore the series
READ MORECoronavirus: free to read
How Somalis in east London were hit by the pandemic 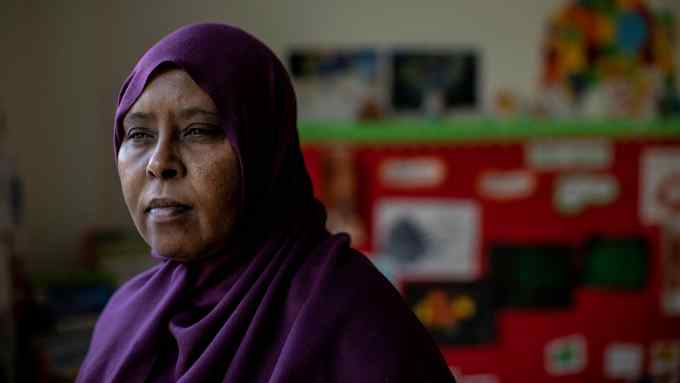