Since 2013, the OUTstanding lists, presented by the FT, have been celebrating those LGBT executives and allies who are not only successful in their careers but are also creating supportive workplaces for other LGBT people.

We have recognised LGBT future leaders and straight ally executives too, and this year we have our first list of LGBT workers from the public and third sectors.

While trans representation has increased since 2013, the lists are still dominated by gay men (100, compared with 28 who identified as lesbian, 10 as trans and seven as bisexual).

A few industries loom large too: there are 63 people from financial services and 28 each from technology and professional services, but only seven from real estate and construction and six from pharmaceuticals.

The FT and OUTstanding have decided to remove Josh Rivers, former marketing manager and editor of Gay Times magazine, from the OUTstanding Future Leaders list after his offensive tweets came to light. Inclusion in the OUTstanding lists is for those who have worked consistently to promote inclusive attitudes.

Nominations were reviewed by the OUTstanding judging panel.

Each nominee was scored on the seniority and influence of their role, their impact on LGBT+ inclusion inside and outside the workplace and their business achievements. Everyone included in the list has given their permission to be included.

For the leading LGBT+ executive and ally executive lists, the nominee’s seniority and influence were taken into consideration. They must be visibly out or a vocal ally, actively working to create a positive environment for LGBT+ people.

It was important that people were working towards this goal over and above their day job, which made it hard for the judges to consider diversity and inclusion professionals, however deserving.

Future leaders are high-performing and high-potential individuals, but can be at various levels in their careers. A stronger emphasis was placed on their work regarding LGBT+ inclusion rather than their seniority.

Suki Sandhu, founder and chief executive of OUTstanding, explains the significance of this year’s lists: “There is no doubt that 2017 has been a difficult year for the LGBT+ cause. Yet the increased diversity within the lists and abundance of new faces shows the impact and power of role models across the globe.

“I’m so proud to be celebrating more role models than ever before, and to be expanding our reach beyond the corporate world and into the public sector. When asked where I see the future of OUTstanding, I always say a world where we’re no longer needed. While we’re not quite there yet, the work of our incredible leaders is taking us in the right direction.” 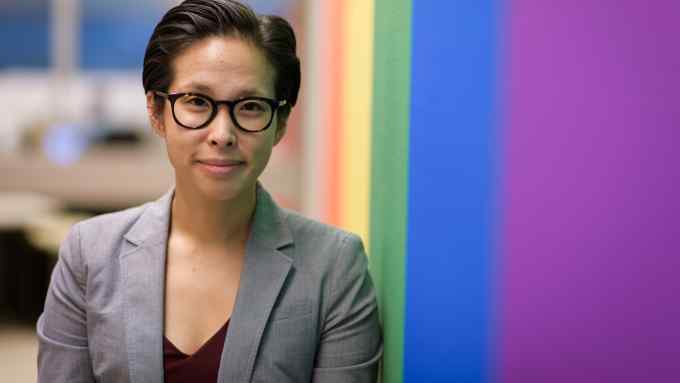 Companies must do a lot more to foster wider understanding of gender identity and sexual orientation to help LGBT employees gain equality of rights, remuneration and career advancement