Most organisations still struggle to form effective data strategies, none more so than in the legal sector, where, ironically, data touches every part of a business’s operation. The nominees here reveal how powerful the use of data can be in streamlining business processes.
Case studies compiled by RSG Consulting.

Aon
Ten years ago, the value of most big companies lay in physical assets. Now many of their assets are intangible. One critical intangible asset is trade secrets, which unlike patents and trademarks are unregistered. Aon, the diversified risk management company, launched a confidential registry in May 2019 to list companies’ trade secrets, which allows them to be valued and insured.

California secretary of state and SimpliGov
After facing a 140% increase in trademarking applications due to legislative changes around the sale and taxation of cannabis, California employed SimpliGov, the workflow automation company, to digitise the trademark process. A user-friendly platform has reduced registration times by more than half and a fully searchable database now contains 13,000 trademarks and all modifications.

Fastcase’s Docket Alarm
After the establishment of the Patent Trial and Appeal Board in Washington in 2012, attorney Michael Sander developed Docket Alarm, which collates data to help lawyers prepare for trials.

The database includes information on court decisions for more than 285m cases from the federal judiciary, 20 state courts and seven federal agencies. In 2018, Docket Alarm was acquired by Fastcase, a legal research and publishing company.

IACCM and KM Standards
Helped by AI technology provider KM Standards, the International Association for Contract and Commercial Management traced correlations and patterns in thousands of contracts to develop a universal set of contracting principles based on best practice.

Ocwen Financial and QuisLex
US mortgage provider Ocwen and law company QuisLex have developed a process to analyse long and complex contracts, including mortgage-backed securitisations. The analysis uses artificial intelligence to compare hundreds of contracts and reduce the number of contract clauses that need to go before panel law firms. The time taken for such reviews has halved and the companies have saved more than $10m in outside counsel spending. 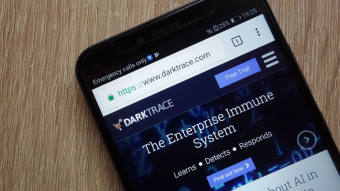