In mid-April, Carlos Ghosn paid one of his increasingly rare visits to Japan and sat down with journalists in Tokyo for a sweeping interview on his plans to review the capital structure of the Renault-Nissan alliance.

He did not appear to have had the slightest inkling of another, more explosive plan secretly forming within Nissan and involving a handful of his closest aides.

At the heart of that small group, working as he had done for many years at Nissan’s headquarters in Yokohama, was Hari Nada, the easy-mannered head of the chief executive’s office. A longtime executive in the legal department, the 54-year-old British-Malaysian is one of the least visible, but most influential, senior figures in the Japanese carmaker.

Mr Nada had long been loyal to Mr Ghosn, and was known for it within the company. But by the spring of 2018 Mr Nada’s hand had been forced. Willingly or not, he was now part of a tiny group of up to five Nissan officials secretly investigating potential misconduct by the chairman who once rescued the Japanese group from collapse.

Since the spectacular arrest of Mr Ghosn in late November, Mr Nada has been referred to in Japanese media as a “whistleblower”. But the reality is more complex, say people involved: for almost 10 months, Nissan has been in the grip of a civil war — a conflict so invisible that Mr Ghosn did not know that he was being investigated by the man who lived a stone’s throw from his luxury apartment in Tokyo.

The Financial Times has spoken to former and current Nissan employees, lawyers, people with direct ties with prosecutors and several other people briefed on the investigation. They paint a picture of a tumultuous but determined months-long efforts to uncover the truth behind a series of allegations against Mr Ghosn that ultimately forced some of his closest allies to turn against him. This led to the arrest and ousting of one of the world’s most powerful automotive executives, who remains behind bars in Japan.

Mr Nada, a veteran of 28 years at Nissan who has reported to its two most recent chief executives personally, is one of two central figures who co-operated with Tokyo prosecutors. He provided pivotal information that helped to support Nissan’s claims that Mr Ghosn understated his pay and used company funds for personal expenses.

Mr Ghosn, who remains chairman and chief executive of Renault, and Greg Kelly, Mr Nada’s immediate predecessor, were both indicted this week on charges of under-reporting Mr Ghosn’s pay by $44m in financial documents over a five-year period. Including the latest three fiscal years, Mr Ghosn, with the help of Mr Kelly, is alleged to have misstated deferred compensation he was set to receive after retirement by more than $80m.

Nissan as a corporation was also charged with the same offence. The company maintains that Mr Ghosn, who had the authority to set director compensation, and Mr Kelly, his right-hand man, were the “masterminds” of the misconduct and that other executives, including chief executive Hiroto Saikawa, were not aware of the misstated pay despite questions raised by the carmaker’s accounting firm.

Mr Nada, who remains in his job, did not respond to several requests for comment. Nissan, which declined to comment, did not make Mr Nada available for an interview.

In addition to being the head of the CEO office, Mr Nada’s biography on the company website also lists him as a senior vice-president who belongs to the office of chairman, the Nissan-Renault alliance CEO office and the global compliance office among other responsibilities.

It is unclear when Mr Nada began to question decisions made by Mr Ghosn and Mr Kelly. But by early summer of this year, Mr Nada was sharing information about Mr Ghosn with Nissan’s chief internal statutory auditor, who led the company’s initial investigation before they brought their findings to Japanese prosecutors.

“He became concerned that what he was sitting on was going to get bigger and bigger,” said a person with knowledge of the investigations.

Another person who has worked with Mr Nada said: “He found out too much and it was too big a burden to shoulder on his own.”

The internal investigation was triggered by questions auditors had about an Amsterdam-based company Nissan established in 2010, called Zi-A Capital. Mr Nada, under his official name Hemant Kumar Nadanasabapathy, is listed with Mr Ghosn and Mr Kelly as one of the directors for Zi-A, which received an investment of more than €70m from Nissan.

Mr Kelly, a senior vice-president at the time, had explained to Nissan’s executive committee that the company would be used for venture capital investments. By 2011, Ernst & Young ShinNihon, Nissan’s external auditor, was already questioning the Japanese carmaker’s senior officials about what investments Zi-A was making, according to people with knowledge of the discussions at the time.

Tokyo prosecutors are now looking into whether Zi-A was used instead to purchase residences for Mr Ghosn in Lebanon and Brazil in 2011 and 2012.

Mr Ghosn’s family believed the residences, which are owned by Nissan, were corporate housing whose purchases were approved by the company, according to a person familiar with the family’s thinking.

Following the information the internal auditor gathered from Mr Nada, they also sought the co-operation of the chief secretariat who worked directly for Mr Ghosn. They then consulted former prosecutors to determine whether there was potential criminality in their findings. The auditor later began discussions with Tokyo prosecutors, who launched their own investigation.

The Tokyo District Public Prosecutors Office declined to comment on whether it had struck a plea bargain with Nissan employees.

Nissan’s internal investigation also uncovered several other allegations, including a $100,000-a-year consulting contract signed between Mr Ghosn’s older sister and Nissan, and details of foiled attempts by Mr Ghosn to receive his deferred pay while he was still chief executive. Since Mr Ghosn’s arrest, Nissan has also received a number of whistleblower reports outlining other undisclosed allegations.

The findings on Mr Ghosn were presented to Mr Saikawa. The Nissan chief executive then instructed his chief compliance officer to launch the company’s own investigation, leading to the ousting of Mr Ghosn as chairman on November 22.

Mr Ghosn’s lawyer in Tokyo, Motonari Otsuru, could not be reached for comment but Mr Ghosn has previously denied to Tokyo prosecutors that he intentionally understated his pay in financial documents, according to NHK.

When Mr Nada joined Nissan’s legal department as a young trainee after two years studying at Chuo University in Tokyo, few could have predicted his swift promotion to one of Mr Ghosn’s closest lieutenants. 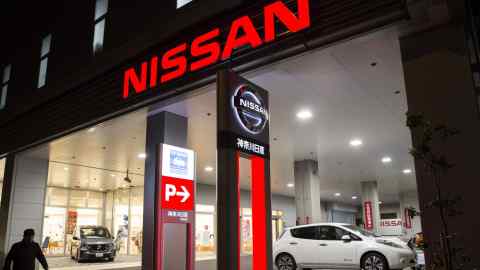 A person who worked with Mr Nada at the time described him as a “a cheerful and fun young man” who would often go out for drinks with Japanese colleagues.

“He is very adept at managing Japanese culture and the ability to get a consensus,” said another person who has worked with him in the past. “At meetings in western Europe or the US you can have a bust up round the table. But Japan doesn’t work like that. You have to go around the houses. He’s very good at managing the relationships and the co-ordination.”

Another former colleague said: “He was very diplomatic, very smooth and charming. He kept the peace.”

This consensus-building ability won him respect among both Nissan’s most senior Japanese executives and their western colleagues.

Sometimes described as an unofficial chief of staff, he holds a role that makes him one of the closest people to the Nissan CEO — both under Mr Ghosn’s tenure, and more recently under Mr Saikawa.

It is a broad role, from managing the chief executive’s meetings and schedule to overseeing all legal, compliance and communications functions of the company, in a job known internally as running the “21st floor”, the top floor of Nissan’s Yokohama headquarters that houses the CEO’s office and boardroom.

The role was a direct replacement for Mr Kelly, although he also oversaw human relations, which has been split out from Mr Nada’s role.

His approach was to channel the decisions or even the mood of the chief executive, whether Mr Ghosn or Mr Saikawa, directly to those below him, almost always without challenging them, an approach that saw him sometimes referred to as the “executioner of the court”.

As Mr Ghosn spent his first night behind bars and Tokyo prosecutors raided his luxury apartment, he may not even have realised that his neighbour had for once challenged his authority and become deeply involved in a process that put him in his current predicament.

FT has quaint notions of ‘loyalty’ and ‘trust’ / From Nilanjana Pal, Singapore 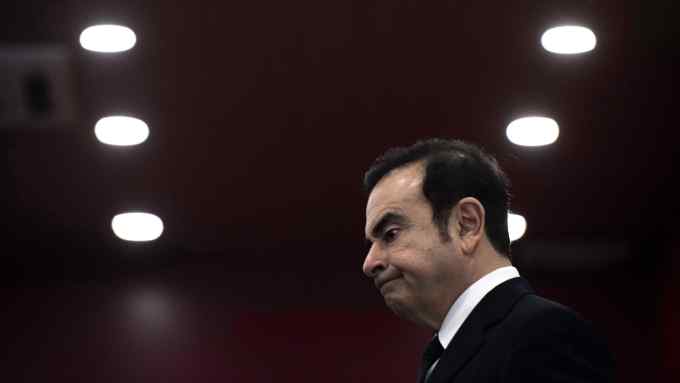