This article is the first in the FT’s Runaway Markets series.

Screaming stock rallies and wild speculation by have-a-go amateur investors are stirring concerns among market veterans over a bubble to rival anything seen in the past century.

After a dramatic rebound from the coronavirus crash last March, benchmark equity indices have toppled a series of record highs in the early days of 2021. Bitcoin, the most speculative bet of them all, has raced to new extremes. Popular stocks like Tesla continue to defy efforts at sober valuation.

Baupost Group founder Seth Klarman has warned that investors are under the misplaced impression that risk in markets “has simply vanished”, likening them to frogs being slowly brought to the boil. GMO co-founder Jeremy Grantham has described the rally since 2009 as an “epic bubble” characterised by “extreme overvaluation".

Fund managers are on alert for a pullback. “Timing the end of this frothiness is hard. It can go on longer than you think. I don’t see a huge move lower . . . But we have become more cautious,” said David Older, head of equities at Carmignac.

But with markets floating on an unprecedented wave of monetary and fiscal support, bond yields nailed near historic lows and investors — both institutional and retail — sitting on piles of excess cash, outlandish patterns in stock markets could persist for some time.

In a note in mid-January, analysts at Absolute Strategy Research produced a checklist of bubble indicators, setting the current rally in US “growth” stocks in the same context as the boom and bust in Japanese equities in the 1980s, the more abrupt rise and fall of dotcom stocks in the late 1990s and the long round trip in commodities stocks in the opening decade of the 2000s.

Common features include low interest rates, stock valuations that tower over earnings, runaway retail trading, and rapid accelerations in equity gains. On all these points, current market conditions look alarming. ASR points out that more than 10 per cent of stocks in the US blue-chip S&P 500 benchmark are 40 per cent or more above their averages of the past 200 days — a phenomenon seen only four times in the past 35 years.

“Clients are increasingly worried,” said Ian Hartnett, co-founder of ASR. But, he added, rallies could just be getting started, if interest rates remain low, and fund managers feel pressure to hop on the bandwagon. “There is career risk in the fear of missing out,” he said. “People find a way to rationalise every bubble. They have to explain to a chief investment officer, or to an investment committee, why they have gone long here.”

Some point to the explosion in trading by inexperienced amateurs as a particular concern. These investors, seen as flighty “weak hands” by professional fund managers, intolerant of losses and quick to exit bets, have been on the ascendancy as lockdown boredom encouraged them to the commission-free trading offered by start-ups like Robinhood.

In the US, Americans were turning to stocks as “the casinos are closed [and] a lot of sports are shut down,” said Mr Older at Carmignac. Much of their investment is, he noted, focused on “hyper growth” stocks such as electric vehicle makers. “There is no valuation ceiling for these companies,” he said.

But even given all these warning signs, investors are not staging any rush to the exits. In part, that is because the surge in retail trading may be less troubling than it looks. Unlike previous high-profile episodes of retail trading exuberance, analysts and fund managers suspect that the current bout may be more robust and less likely to saddle households with huge losses.

“It’s important to remember how retail investors are financing these purchases,” said Salman Baig, multi-asset investment manager at Unigestion in Geneva, drawing a contrast to events such as China’s 2015 bubble, where a rise in margin finance sent stocks soaring before a brutal crash.

“Now, household savings are high,” he added. “People have built up cash balances . . . It does not feel to us like a bubble. Rather, there are some expensive stocks where there could be a meaningful correction.”

Optimists also stress that professional investors are not demonstrating the same gung-ho attitude to risk-taking: instead, they continue to take precautions against the risk of a market setback. The Vix volatility index, a reflection of hedging against sharp moves in US stock markets, stands at more than 23 points, compared with a long-run average just below 20. At the start of last year, it was at 14 points.

“The fact that people are still nervous enough about future volatility suggests people are not all in,” said Andrew Sheets, chief cross-asset strategist at Morgan Stanley.

Echoes with previous precursors to market shake-outs are strong. But barring a near-unimaginable withdrawal of support from central banks, or a burst of inflation that seriously jolts the bond markets, many investors agree it is hard to imagine what could trigger a large reversal in risky assets.

“I don’t think the bubble bugles are acknowledging why stocks are so expensive,” said Michael Kelly, head of multi-asset investment at PineBridge Investments. “In 2021, markets are going up because earnings are going up and excess liquidity is still surging. We are in a structural growth in capital because of the rising savings rate and, on top of that, quantitative easing. We’ve never ever had that before.” It will take at least a decade for this to unwind, he believes. 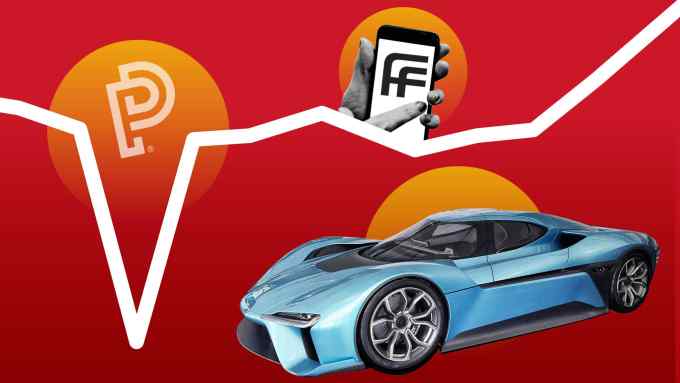