The proportion of retail investor assets sitting in UK equity funds has plummeted to a record low after savers withdrew nearly £13bn from the strategies on the back of Brexit and coronavirus fears.

The finding from the Investment Association, the trade body for UK asset managers, illustrates the extent to which UK equity funds — previously a central plank of investors’ portfolios — have fallen out of favour with British savers.

UK stocks have been battered by Brexit uncertainty over the past four years. This underperformance has been further exacerbated by the coronavirus pandemic, which has forced a wave of British companies to impose brutal dividend cuts.

The bleak picture prompted retail investors to pull £12.7bn from UK equity funds between January 2016 and June 2020, according to the IA.

Instead they have piled into funds investing in foreign equities, such as the technology-dominated US market. Non-UK equity funds currently account for the largest share of British retail investor assets being 36 per cent at the end of June, up 4 percentage points from 2005.

“Having underperformed relative to other markets, the UK is firmly out of fashion,” said Darius McDermott, managing director at fund supermarket Chelsea Financial Services.

“Investors used to buy it as a core part of their portfolio. They don’t do that any more.”

This comes amid fears of further turmoil as coronavirus cases rise and concerns mount that the UK will fail to strike a trade deal with the EU before the end of its Brexit transition period in December. 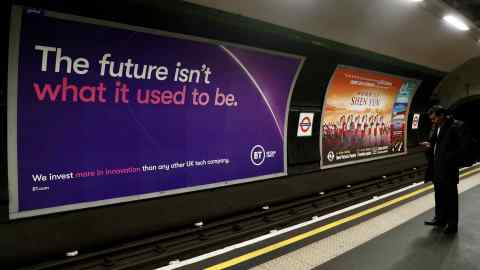 Adrian Lowcock, head of personal investing at Willis Owen, said renewed Brexit concerns and the hit from coronavirus to UK companies were a toxic mix.

“The fact the crisis continues to drag on means investors have continued uncertainty over the recovery, which is impacting cyclical stocks and likely to delay dividend growth and possibly result in further cuts,” he said.

Flows into UK funds bounced following the Conservative party’s decisive election victory in December and again following the dramatic falls in equity markets in March. But Morningstar said that since then UK stocks had lagged behind other markets, causing sentiment among fund investors to sour.

The appeal of UK equities to international investors has also been hit. According to the IA, investors’ allocation to the UK as a proportion of their overall equity exposure fell below 30 per cent for the first time at the end of last year, down 18 percentage points from 10 years ago.

Despite the uncertainty for the UK as an asset class, the country retained its position as the world’s second-largest portfolio management centre. The IA said that assets managed by its member companies in the UK reached £8.5tn in June, roughly the same level as at the end of 2019.