‘Brexit day’ in Middlesbrough: ‘People are sick of the government’

Three decades after Margaret Thatcher strode through the industrial wastelands of Teesside in north-east England on what was dubbed her “walk in the wilderness”, Middlesbrough is still struggling to find its way.

Pockets of the town and its environs on the banks of the river Tees have been reinvented with retail centres, university campuses, business parks and a new football stadium. But a skyline of rotting hulks and rusting pipes remains, a tangible link to the era when the region provided the world with steel, ships and chemicals — and a poignant reminder of its continuing dereliction.

Residents of towns like Middlesbrough, without the name recognition of bigger northern cities in the UK, feel abandoned in a post-industrial limbo and let down by successive governments. The frustration and anger spawned by that perception provided the backdrop to the Brexit vote in 2016.

“People talk about Liverpool, Manchester, Leeds but there is 150 miles between Leeds and Newcastle and lots of towns,” said Barbara Campbell, a nurse attending a constituency Labour party meeting in the South Durham social club in Hartlepool, where the Tees river spills into the North Sea. Kerry Wilkes, a voluble young Labour member reinforces the point: “I voted leave because a lot of my family saw it as a chance to get our voices heard by the likes of Westminster. We are the forgotten parts.”

On the day Britain was supposed to be leaving the European Union, that sense of neglect remains intense in towns like Middlesbrough. So too is anger at the chaos and division in Westminster that has prevented Britain from finding a way out of the bloc.

Instead of celebrating the UK’s departure as promised on Friday, MPs voted down Theresa May’s divorce agreement with the EU for a third time. But the House of Commons also rejected eight rival plans to Mrs May’s deal this week, leaving the course ahead far from clear.

If all of attempts to reach an agreement fail, the UK will have to choose between leaving the EU without a deal, remaining in the bloc for much longer or revoking Brexit entirely — infuriating Brexit supporters across the country.

Places like Teesside, where nearly 70 per cent voted to leave the EU, proved decisive in the referendum. This was the case even though the aspirations of many working-class voters in traditional Labour seats are at odds with the libertarian future envisaged by hardline Tory Brexiters, who claim ownership of the Brexit process in the name of the people.

John Taylor, an old union ally of Arthur Scargill, who led the miners strike in the 1980s, explains that disaffection set in during the Thatcher years after a decade of industrial decline. But it deepened when the Labour party moved to the political centre ground under Tony Blair in the 1990s.

Mr Taylor described the party’s MPs as absentee landlords who took advantage of the tribal nature of the Labour vote, but in their pursuit of metropolitan voters in the south neglected those who cast them. It’s a pattern Mr Taylor sees repeating itself under Jeremy Corbyn, the current leader, as the party attempts to reconcile the views of more socially conservative areas like Middlesbrough with the aspirations of a metropolitan leftwing.

“It’s a toxic political situation everywhere, in parliament and also here,” he says. “I worry about the sense of betrayal in the traditional base. If Labour chooses [the affluent north London suburb of] Hampstead over Hartlepool, Ealing over Easington.”

Grahame Morris is the Labour MP for Easington, a former coal-mining town that has never recovered from the closure of its colliery in 1993.

His dilemma exemplifies that faced by other MPs in the area, many of whom advocated remaining in the EU in the knowledge that the north-east could — according to the Treasury — be one of the areas worst affected economically by Brexit. But he now feels compelled to follow through with the mandate his constituents voted for.

“People are furious. If we disregard that and vote for another referendum, there is a real risk of a shift to the far-right,” he warned.

Like many MPs Mr Morris has received threats from members of his community who feel he has been insufficiently zealous in his pursuit of divorce from the EU.

That anger is palpable at a pub in Billingham, a brutalist concrete suburb of Middlesbrough once largely populated by workers from the nearby ICI chemical plant. The mere whiff of a “southerner” in the smoking section, raises hackles.

“The fact that you won’t get enough euros for your pounds when you go on holiday in Europe, we don’t give a f*** about that,” said a local businessman who works in construction and declined to give his name.

He said people were less worried about the potentially negative impact of crashing out of the EU without a deal than they were about finding ways to hold politicians to account.

“It’s about the ability to vote for the people who govern us,” he said. “They sold us out for carbon credits and watched our steelworks go down. Labour owed us but they stood us up in our hour of need,” he said, referring to the demise of the steel plant at Redcar.

At Middlesbrough football club, where the team had just lost to the west London club of Brentford, John Tibbet, who works at a nearby petrochemical plant, summed up the mood.

“People are sick of the government. The steelworks are gone. The way the NHS is going. The vote for Brexit was a backlash,” he said. “We have got a transport system that is a joke. It is cheaper to get to Barcelona by plane than it is to take a train to London.”

Brian Dodge for the past 12 years has worked as an engineer maintaining the Transporter Bridge that straddles the river Tees. Last month he received a redundancy notice from the cash-strapped local council. A remain voter himself, his disenchantment with the botched handling of Brexit, and the government’s inability to protect jobs and livelihoods, points to further alienation down the road.

Video: Brexit: what does the indicative vote actually indicate? 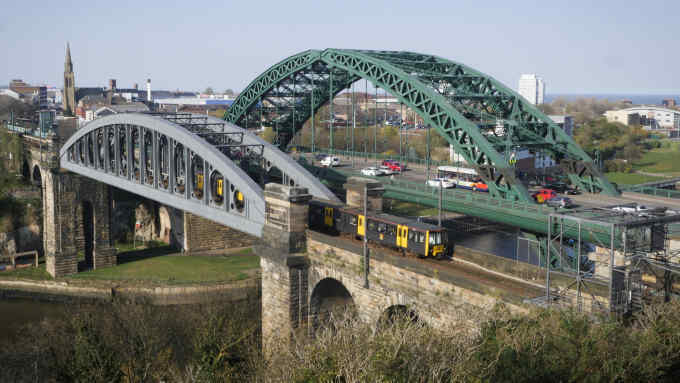 As frustration mounts over the UK’s shambolic attempts to leave the EU, the FT’s William Wallis travels around the country to test the mood