Self-driving industry takes to the highway after robotaxi failure

When Sebastian Thrun was starting Google’s self-driving car project in 2009, commercialising the technology was not on anyone’s mind.

“We focused on the technology more than anything else, not the go-to-market plan,” he says. “That might sound bizarre, but we all knew that if we could solve this problem, then you could do what you want.”

Back then, it made sense that autonomous driving was just a research project. Eleven years on, however, the industry still has little idea what to do with the technology, despite some big advances over the past decade. As the much-hyped, seven-year quest to develop a driverless Uber service has suffered several setbacks, the appetite is now switching beyond robotaxis in search of more profitable avenues.

The sector is experiencing “autonomous disillusionment”, says Prescott Watson, principal at Maniv Mobility, an early-stage venture capital firm. Now, “the pitch is, ‘robotaxis are a pipe dream’, but let’s take this technology to do something more lucrative,” he adds.

Investors are still interested in autonomy but the focus has shifted towards practical services such as grocery delivery, automated warehouse robots, and autonomous functions restricted to highways.

Self-driving aspirations were transformed when Uber disrupted the taxi market with astonishing speed, launching in 100 cities by early 2013 — just four years after launch. Consumers loved ride-hailing, but the likes of Uber and Lyft were not profitable. This offered driverless cars a prospective business model: Get rid of the driver, it was assumed, and you would have a cash machine on wheels that could operate in just about any city in the world.

“Around 2014, we did a whole bunch of math on costs and realised … you could actually underbid not just Uber and Lyft” — about $2 per mile — “but car ownership,” estimated to be less than $1 a mile, Mr Thrun recalls. “That became our goal.”

Start-ups Zoox and Cruise emerged to tackle urban autonomy, on the premise that if they solved the most complicated scenarios first, then everything else fall into place. Confidence was high. In 2015, Tesla chief executive Elon Musk said of autonomous driving: “I view it as a solved problem. We know exactly what to do and we will be there in a few years.”

The hype peaked in 2018. Waymo, the re-branded Google project, made a deal with Jaguar to acquire up to 20,000 electric SUVs, enough for “a million trips in a typical day.” Analysts at Citi projected the autonomous ride-hailing market in US cities alone could be $350bn a year. The “most coveted asset” in automotive, Citi said in 2018, would be to create a “network effect” whereby more users join a service, creating more data for the provider that enables it to extend a lead over emerging rivals.

The past year however has proven difficult. Zoox was on the verge of running out of cash when Amazon agreed to acquire it for $1.3bn last month — nearly $2bn less than its valuation two years earlier. Cruise, which was acquired by GM in 2016, indefinitely postponed its deployment plan last summer and has focused more on goods delivery than passenger transport.

Waymo is the only service to have removed safety drivers from the equation, in 2017, but only for the sunny, wide roads near Phoenix, Arizona. Just before the coronavirus outbreak, its ride-hailing service Waymo One was offering customers between 1,000 and 2,000 rides a week, with 5-10 per cent being driverless. Impressive as this may be, it underscores that an Uber-like conquering of cities has not been a plausible model.

That does not mean robotaxis are dead per se, but the idea is now on life-support. Aside from fringe efforts, the robotaxi dream is now confined to those with the major financial firepower of a tech company or car giant that can spend many more years on the effort.

Ashley Nunes, a Harvard researcher, says: “Bringing the tech to market will require fundamentally rethinking the concept by scaling back where and how the tech can be deployed and the types of returns investors can expect.”

The concept of highway-only autonomy is currently capturing the attention of the industry. Instead of trying to solve the myriad challenges of go-anywhere-robotaxis, engineers could focus on making it work on just highways to begin with.

Autonomous vehicle start-ups see promise in America’s trucking sector — an $800bn market handicapped by driver shortages and rules that limit working shifts to 11 hours. McKinsey, the consultancy, has projected that “full autonomy” will not be commercially ready for trucks until 2027, but the likes of TuSimple, Plus.ai, Ike, Kodiak Robotics and Embark want to accelerate that timeline by narrowing their focus to monotonous stretches of road.

One idea is to build “transfer hubs” near the highway, in which a truck driver would carry freight a few miles to the hub, then swap the freight to an autonomous truck that would drive hours on the highway to the next hub, where another driver would be waiting.

“Trucks go on a very predictable route, every day, all the time,” he says. “So if I want to build a profitable trucking business with autonomy, I map [the highway] from Los Angeles to Jacksonville, Florida, and I’ve got billions of dollars of revenue available on that route.”

The other big area for highway-only autonomy is for passenger cars. Just a few years ago, this idea made little economic sense: In 2014, the cost of laser-powered sensors known as “lidar” — which most experts see as critical for developing safe autonomous vehicles — were $75,000 apiece. Self-driving prototypes were often equipped with several of them, placing them well beyond the reach of even luxury buyers.

But costs have since collapsed, with some lidar groups including Velodyne, Aeva and Luminar partnering with carmakers to build units at scale for less than $1,000 each. AlixPartners, the consultancy, estimates that a fully autonomous “hardware stack” comprising lidar, cameras, sensors, radar and electronics will cost as little as $7,000 by 2025.

That opens the possibility that individual car owners could soon purchase vehicles that would drive themselves. Tesla has long promised full autonomy in 2020. Among legacy carmakers, Volvo has said it plans to offer “eyes-off, hands-off” autonomy for highways by 2022, pending approval from regulators.

“If we can solve the highway problem, which is quite narrow versus robotaxis, we can create tremendous user value,” says Henrik Green, Volvo’s technology chief. 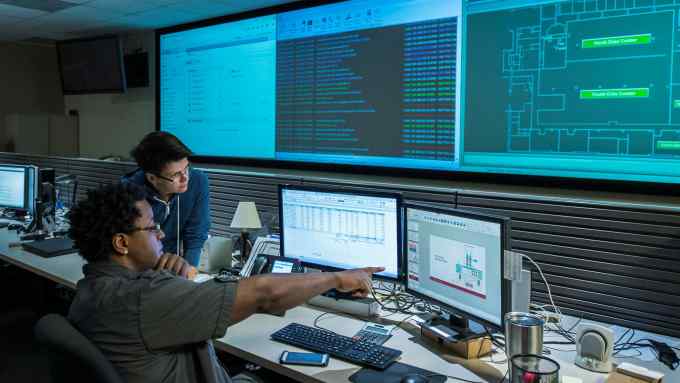