Deliveroo dilemma: what obligations do tech companies have to society?
November 21, 2018
Jump to comments section Print this page

Readers will not find Deliveroo on the list of European digital champions this year. The London-based takeaway delivery service was considered for inclusion, thanks to an impressive growth rate — revenues more than doubled in 2017 — and a valuation of more than $2bn. Deliveroo has undoubtedly shaken up the fast-food sector. However, some judges were critical of its decision to treat delivery drivers as self-employed rather than workers, without rights to sick pay or minimum wage. Deliveroo is not the only one facing controversy. Digital transformation at an established company will often mean the loss of jobs and disruptive newcomers tend to put older rivals out of business. Handling this digital displacement well is part of the challenge.

Although our judges could not reach a consensus on including Deliveroo, the FT felt this provided a perfect opportunity to debate the issue with a broader audience.

Should tech transformation come at any cost, or do those leading Europe’s digitalisation have an obligation to consider the societal impact of what they do?

The case against including Deliveroo

Trade unionists are concerned about Deliveroo’s persistent denial of social responsibility. Tech is not the main problem here — it is a question of business strategy.

Deliveroo denies that it is an employer to its delivery drivers, and does not pay social contributions for them. It saves the company costs, but we question the assertion that riders are small entrepreneurs or self-employed.

This year, the Foodora platform (a Deliveroo competitor) established a European works council and signed an agreement with trade unions in Germany and Italy. Riders there are workers and one rider is a trade union representative on the company’s supervisory board.

In Denmark, the website Hilfr.dk, which offers cleaning services for private homes, signed an agreement with the union 3F. Workers are self-employed, but the most regular ones become employees and they benefit from a minimum wage, sick pay, holiday allowances and pension contributions.

It shows that other ways of operating are possible and it is disappointing that Deliveroo has failed to enter into a proper dialogue with its riders. Such concerns made it impossible for judges to reach agreement on the company’s inclusion in the list of digital champions.

The case for including Deliveroo

We cannot deny the immense impact Deliveroo has had in Europe in changing the face of the restaurant industry. It has a valuation of $2bn and revenues that doubled in 2017.

Against this backdrop and given that these are the major criteria we use in selection, I believe that Deliveroo should have been included.

Innovation is neither good or bad. Society does expect disrupters to do more to mitigate the negative outcomes, but that is a different question.

Deliveroo is probably not doing enough to mitigate the negative aspects of its innovation, and should be doing more to address the manner over how it treats its labour, but it still should be on our list.

Europe is ahead of the rest of the world when it comes to talking about the ethics of technology — I doubt the discussions we had among the jury members would have happened elsewhere. That is quite powerful, but we cannot have the conversation if we sweep the issue under the carpet by not including Deliveroo on the list. 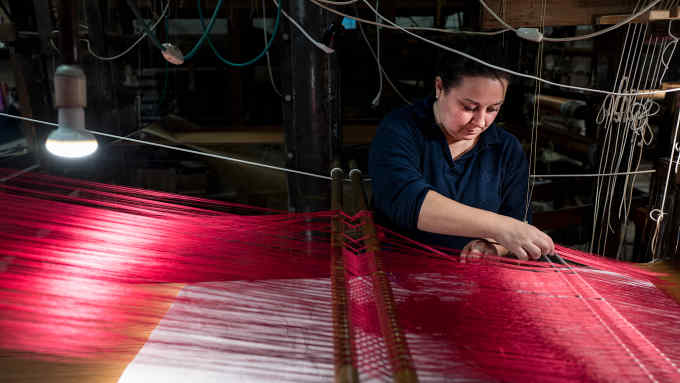