Europe’s Road to Growth: The judges

The jury that decided the final list of Europe’s 100 digital champions
June 5, 2018
Print this page

Meet the 10 members of the judging panel who decided the final list of Europe’s 100 champions of digital transformation.

Member of the European Parliament and President of European Movement International

In addition to her work with the European Parliament and European Movement International, Eva is co-founder of Education Bulgaria 2030 and the initiator of the #Regulation4Innovation conference, which brings together technology leaders and regulators.

In the European Parliament, she is a member of the Internal Market and Consumer Protection Committee and the Economic and Monetary Affairs Committee, as well as being widely recognised as an expert on the digital single market — in areas such as privacy regulation, digital content, digitising industry and cloud computing.

Eva has been awarded the European Parliament’s MEP of the Year Award twice and was included in the FT’s New Europe 100 ranking of central and eastern Europe’s emerging changemakers.

Frances became the general secretary of the TUC in 2013, the first woman to hold this post. During her 24-year career at the organisation she has led on the environment, industrial policy, the NHS and winning an agreement covering the 2012 Olympics. Fair pay remains a core ambition, and she has served as a member of the Low Pay Commission, the High Pay Centre and the Resolution Foundation’s Commission on Living Standards.

John writes a weekly column, appearing on Thursdays on the comment page, about business trends and strategy. He also contributes leaders and other articles.

He has worked for the FT since 1987, covering labour relations, banking and the media. In 1991-92, he was a Harkness fellow of the Commonwealth Fund of New York, and studied US education and training at the Wharton School of the University of Pennsylvania.

Sarah O’Connor writes about the changing world of work. In the 2017 Wincott Foundation awards, she was named Financial Journalist of the Year, while her regular op-ed column won the Economics Commentator of the year at the 2017 Comment Awards. She joined the FT in 2007 as a graduate trainee, and in the subsequent decade covered the US economy from Washington, the UK economy from London and the financial crisis from Reykjavik.

For the past 10 years at Google, Katerina has delivered successful marketing programmes for a range of products including Android and the global Google Partners Ads programme. She currently leads the Grow with Google digital skills programme with the remit of brand marketing for Europe, the Middle East and Africa.

In addition to her marketing role, Katerina supports young artists in central and eastern European countries and has been a mentor to women in developing countries, inspiring them to build and grow successful start-ups.

As a former computer scientist and co-founder of The Climate Corporation, Siraj continues his love for entrepreneurship “on the other side of the table” as a venture capitalist. He focuses on companies enabled by machine learning, artificial intelligence and computer vision (particularly in intelligent assistants), the internet of things, Agtech, and works with a number of portfolio companies.

Siraj founded The Climate Corporation in 2006, a company that pioneered the use of machine learning in helping farmers to optimise crop yield. Before this, Siraj was employed in early engineering at Google in 2001, and one of the founding engineers for the Google Book search project.

Paul provides strategic oversight for the Lisbon Council, an independent think-tank and research centre based in Brussels. He also writes and speaks on topics such as artificial intelligence, the future of work, innovation, start-ups, the knowledge-economy, human capital, growth-company finance, economic reform and European politics.

In 2017, he led a strategic work programme for the government of Estonia, collaborating with the country, which is Europe’s leading digital administration, on digital government and strengthening Europe’s footprint in the data economy. In 2011 and 2013, he served as a strategic adviser to the Polish government and the Irish government, respectively, during their presidencies of the European Union.

Previously, Paul worked as a writer and editor at The Wall Street Journal and Fortune magazine.

He was co-chair of Tech London Advocates’ corporate entrepreneurship group, is an ambassador for Startup Europe and has advisory roles with the ScaleUp Institute and Intellectual Property Office. Before Nesta, Christopher worked in enterprise strategy, technology transfer and early-stage venture capital.

AngelHack is a female-owned, female-majority company that organises hackathons for a community of 150,000+ developers, designers, and entrepreneurs. Gisele is working to expand the company’s reach in Europe. She also acts as a project manager to AngelHack’s corporate hackathons and has worked with partners such as Anheuser-Busch InBev and Visa.

Thiébaut is a trade unionist and former student activist. He is a member of the French trade union Confédération Française Démocratique du Travail (CFDT) and in 2007 started work as their youth delegate, then in 2014 was political adviser on issues including international and European affairs. Between 2011 and 2013 he was President of the ETUC Youth Committee. He was elected as ETUC Confederal Secretary at the XIIIth Paris Congress in 2015. 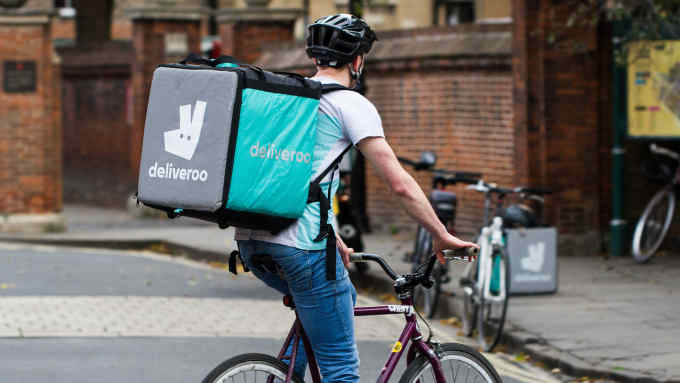