Risks of state IT projects should be split with providers

Why do big state-run IT projects run into difficulties? Many fail to be delivered on time, on budget, or even to work properly at all. For instance, almost half of the UK government’s 36 important information technology projects currently under way are unachievable or unlikely to be completed successfully, according to a report from the Infrastructure and Project Authority, which helps to manage and deliver British public sector schemes.

Among the projects judged to be at risk were the Ministry of Justice’s new electronic tagging system for criminals and the Department for Transport’s move to a shared service centre for financial accounting, human resources, payroll and procurement systems. The IPA says both appear unachievable without urgent intervention. A further 15 schemes are thought to have “major risks or issues apparent in a number of key areas”, the report says.

The UK is not alone. Governments around the world waste billions on IT schemes that fail to deliver. Such projects make up the vast majority of government IT initiatives, research published in June 2016 by consultants at strategy firm Boston Consulting Group suggests.

The authors estimate that 70-80 per cent of what they call “public-sector core-system modernisations” — the prerequisite for delivering digital government services to citizens — either fail outright or are disappointing. Another 20-30 per cent fall in the “good” range, delivering largely within budget and on time and meeting the general objectives. However, “they are not transformative and they don’t realise their full potential”, BCG says. Less than 5 per cent of projects meet budget and schedule goals or deliver substantial benefits.

Bungled programmes share certain characteristics, says Kevin Desouza, a professor in the School of Public Affairs at Arizona State University and a fellow at the Brookings Institution, a Washington DC-based think-tank. They are often too big, Mr Desouza says. “One of the primary reasons for failure is the complexity associated with how many things a government or agency is trying to address under the umbrella of one project,” he says. “Rather than trying to address an isolated IT issue, an isolated policy issue or administrative change, they try to do all three at once.”

Projects can run for many years, putting them at risk of being knocked off course by changes in government or policy, or technological developments. 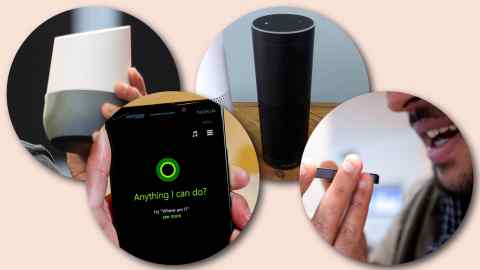 Fiona Czerniawska, director of Source Global Research, a research and advisory firm that focuses on the global consulting industry, says the problems often go back to the procurement stage. “Public-sector procurement people don’t always understand the requirements,” she says. “And they’re often more motivated to get a short-term discount as opposed to ensuring the long-term success of a project.”

She says officials tend to negotiate on price rather than extracting value.

Both Mr Desouza and Ms Czerniawska say establishing new procurement methods would go a long way to tackling IT project failure in the public sector.

Ms Czerniawska says that about a third of private-sector IT contracts in the UK contain a performance-related element, meaning consultants forfeit a portion of their fee if goals are not met. By contrast, she says that only about 10 per cent of public-sector contracts work this way.

Mr Desouza says once a project is under way the risk should be shared by governments and suppliers, rather than be borne by the state alone. He suggests changing the review process for big, multiyear projects. Rather than deciding upfront to commit $20m or $100m to a project, states should see how the first year goes and, assuming goals are achieved for about $3m, decide on further investment later.

BCG’s authors agree that an incremental approach to implementation could work better. While conventional wisdom dictates IT projects should be executed on the basis of a detailed design and execution plan, with clear milestones and multiyear funding, they say such an approach “overlooks the fact that new information emerges over time and circumstances [change]. 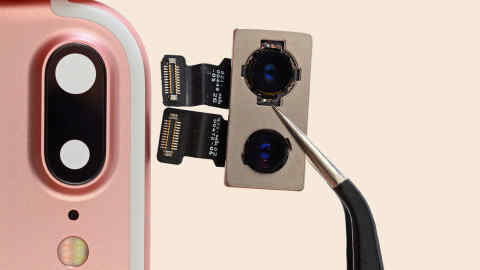 “Rather than involving a big, upfront investment, implementation should be conducted in small, manageable pieces, and high-value, low-risk components should be rolled out first. This not only ensures some early wins but also allows lessons to be gathered and distilled,” the report says.

Above all, policymakers and officials should seek expert advice early when considering change. Too much focus is given to policy aspects and not enough to how projects are managed and delivered, says Mr Desouza.

“The technical details get overlooked, because the people who are debating these things frequently lack the knowledge to confidently critique or examine the technology element in any depth.”

What went wrong and where: Examples of tech project failures from around the world

Within hours of the October 1 2013 launch of Healthcare.gov, a site for US citizens to sign up for health insurance plans under the Affordable Care Act, users had problems.

Some could not create accounts, while others who already had accounts could not gain access to them. Healthcare subsidies were miscalculated and the site crashed several times.

A government audit found that state employees responsible for overseeing $600m in contracts to build the site had been inadequately trained, kept poor records and failed to identify delays that contributed to millions in cost overruns.

The rollout of a new payroll and rostering system for public servants in Queensland was plagued with delays and budget overruns. When it finally launched in 2010, it failed spectacularly, with staff receiving the wrong pay or, in some cases, none at all.

A public inquiry found that much of the fault lay with state employees who failed to manage the project properly or negotiate effectively with contractor IBM. A protracted legal battle between the technology company and the Queensland government over who was to blame resulted in victory for IBM, with the government bearing the technology company’s costs.

Between 2012 and 2014, the House of Representatives of the Netherlands conducted an investigation into the failure of a series of central government IT projects. These included werk.nl, a jobs website for the nation’s unemployed, and EPD, a digital patient records system.

The resulting report concluded that the Dutch government is wasting between €1bn and €5bn a year on failing IT projects.

“The government often fails to keep control of its IT projects in terms of cost, timing and the end result,” said the parliamentary commission leading the investigation.

In 2012, the UK’s National Audit Office announced that the Immigration Casework IT system being developed for the Home Office to handle immigration and asylum matters was a year late and had exceeded its original budget by £28m due to “a loss of focus, poor governance structures and optimism bias in planning and reporting”. In 2013, the project was abandoned at a cost of £347m. A new system is now under development.

An assessment of this by the Infrastructure and Project Authority deems it to be feasible, but notes it is unlikely to be fully rolled out by its March 2017 completion date.

Get alerts on Global outsourcing when a new story is published