Sign up to myFT Daily Digest to be the first to know about Apple Inc news.

Darkened rooms full of smelly chemicals and glass plates have given way to the smartphone and the selfie. This year, we will take 2.5tn photographs, 15 per cent more than in 2015 — 90 per cent of them on smartphones, according to professional services provider Deloitte.

Smartphones have made personal photography ubiquitous. In the 1990s, the number of pictures taken on film stood at about 80bn images a year, notes Paul Lee, a partner in Deloitte’s technology, media and telecommunications practice. The number of images taken on digital cameras and smartphones has long since surpassed that figure. The growth is partly driven by rapid improvements in camera phone technology. The quality of smartphone pictures is now considered equal to — and sometimes better than — camera images, at least in terms of the amount of detail they can capture, known as the image resolution.

While only a handful of smartphones boast zoom lenses, and they cannot match the best cameras for performance in poor light, they are more convenient and easier to use. Consumers like being able to share pictures online. So far, few cameras can connect directly to the internet and even expensive models with WiFi can only transfer pictures to a smartphone or tablet.

Cyber Security
Security is the new bling in luxury phones 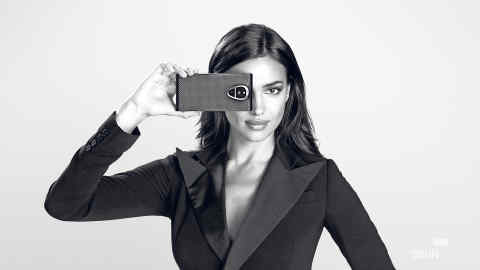 Annette Zimmermann at industry research company Gartner says: “The camera is one of the key uses for a smartphone, and vendors put a lot of effort into it to keep people interested [in new phones]. People expect to use their phones to take high-quality pictures.”

Ms Zimmermann sees camera manufacturers adding dual-lens cameras, which work better in low light, and even 360-degree cameras at the more expensive end of the market.

Cameras are costly components in smartphones. According to Ian Fogg, analyst at IHS Markit, a camera for a more upmarket handset such as the iPhone or Galaxy S7 costs between $20 and $30; a module for a mid-range smartphone can cost as little as $5-$10.

But the cost is only part of the picture. To take good photos, a phone needs a powerful processor and lots of memory to record the pictures and video. Next-generation phones with multiple cameras need even speedier chips to process several images at once. More expensive still is the know-how and the software needed to make the cameras work. “Software optimisation needs a lot of engineering time,” Mr Fogg says. The phone’s operating system, for example, might only show the users the best quality pictures they have taken.

Increasingly, the camera is one of the ways in which phonemakers differentiate themselves, he says. Deloitte’s Mr Lee says that smartphone makers are turning to camera brands such as Leica and Carl Zeiss for optical technology. This, he believes, widens the appeal to enthusiasts as well as those moving from a camera to smartphone.

Nor is it only stills cameras that are being incorporated into phones. Smartphones from Sony, Apple, and Samsung are among the brands offering 4K, ultra high-definition video — four times the resolution of high-definition TV and more powerful than most cameras used for broadcast television.

Future smartphones could contain 8K video cameras — equal to the resolution used by professional cinematographers. Marvel superheroes movie Guardians of the Galaxy Vol 2 will be shot using an 8K camera, for instance.

The barriers for phone companies have less to do with camera technology than with phone memory and connection speeds. UltraHD video, let alone 8K, produces very large files. “Phones will capture at least 4K,” says David Mercer, analyst at Strategy Analytics. “The question is, what happens next?”

Technology
Data analytics is on trend with fashion houses 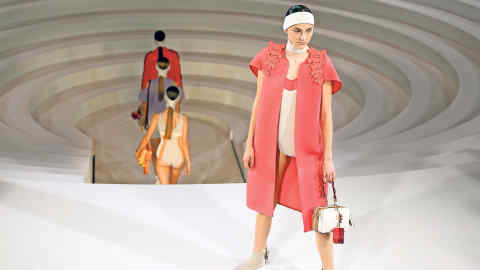 The iPhone 7 Plus already offers two cameras, a wide angle and telephoto lens. Phonemakers could use higher resolutions to create digital “zooms” that can focus on a subject without any loss of quality, or to create 360-degree or virtual-reality images.

Companies such as Samsung have developed virtual reality headsets for phones but, for now, these rely on professionally produced content. Better cameras could allow users to create their own. And smartphone makers are using the high-dynamic range display technology used in professional film-making, which is also found in expensive TV sets. HDR displays more colours, cleaner shadows and highlights, and is easier to see in bright light.

Ron Leitch, senior vice-president of corporate development at Teleplan, a specialist electronics manufacturing and servicing company, says that HDR screens could appeal to companies that distribute movies and TV shows, such as Apple and Sony.

He says they improve the smartphone viewing experience and could be at the forefront of advances in entertainment. “HDR might be unnecessary for someone reading their emails, but plug it into VR goggles and it takes on a new lease of life,” Mr Leitch says.