Several former staff members of Britain’s Labour party have told an investigation by the BBC’s Panorama programme that Jeremy Corbyn’s team interfered in the complaints process for incidents of alleged anti-Semitism, on some occasions processing them from his Westminster office.

Eight former Labour officials, seven from the party’s complaints and disputes department, spoke to the broadcasters.

They claimed there had been a big increase in anti-Semitism complaints since Mr Corbyn — a life-long critic of the Israeli government — became leader in 2015.

The officials alleged that there were substantial disagreements within the party over what constituted anti-Semitism and claimed the leader’s office in the House of Commons interfered in the complaints process.

The party took issue with many issues raised in the programme but some senior figures responded with dismay. Tom Watson, deputy leader, said “very serious questions now have to be answered”.

On March 10 2018, Seumas Milne, Mr Corbyn’s director of communications, wrote in an email that the disciplinary process for anti-Semitism complaints should be reviewed. “Something’s going wrong, and we’re muddling up political disputes with racism,” he argued. “I think going forward we need to review where and how we’re drawing the line.” 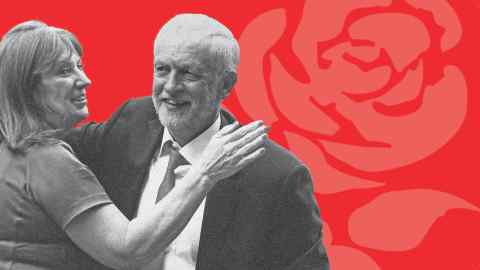 Sam Matthews, then head of the Labour disputes team, interpreted Mr Milne’s email as an attempt by the leader’s office to get directly involved in the disciplinary process. “This is not a helpful suggestion, it is an instruction,” he said.

But Labour said that with selective quotation Panorama had misrepresented this correspondence. Mr Milne’s full sentence begins with the words: “But if we’re more than very occasionally using disciplinary action against Jewish members for anti-Semitism, something’s going wrong . . .”

Mike Creighton, former head of the Labour disputes team, told the BBC that he was approached by Mr Milne for advice on how to deal with anti-Semitism complaints in early 2016. Mr Creighton suggested there should be a more robust system of dealing with anti-Semitism cases and suggested Mr Corbyn should make a speech saying Israel had a right to exist.

“He actually laughed at me,” Mr Creighton said. Labour denied to the BBC the conversation had ever taken place, saying Mr Corbyn has repeatedly expressed his support for Israel’s right to exist and for a two-state solution.

The Equality and Human Rights Commission in May launched an inquiry into allegations of anti-Semitism among some members of the Labour party.

Panorama said Mr Corbyn’s office became directly involved in assessing individual anti-Semitism cases, with — on one occasion — complaints sent from party headquarters to the leader’s office to be processed by his aides.

The Labour party told the BBC this reflected a staff resourcing matter and that staff seconded from the leader’s office were always managed by members of the governance and legal unit.

The programme also obtained emails showing Jennie Formby, general secretary of the Labour party, trying to influence the selection of the panel to examine the case of Jackie Walker, a Corbyn loyalist under investigation for alleged anti-Semitism. Ms Formby sent an email on May 5 2018 saying: “The NCC [the National Constitutional Committee that looks after Labour disciplinary matters] cannot be allowed to continue in the way that they are at the moment, and I will also be challenging the panel for the Jackie Walker case.”

The former party officials denied that their accounts of interference in the complaints process were politically motivated.

The party has written a letter to the BBC, questioning whether the programme meets the broadcaster’s obligations of fairness, balance and political impartiality. It also suggested that the programme’s title— “Is Labour anti-Semitic?” — and other aspects were biased.

The party also asked why the BBC did not appear to be focusing on incidents of Islamophobia among members of the Conservative party. Polling by antiracism group Hope Not Hate and YouGov last week found that nearly half of Tory members hold Islamophobic views.

In a statement on Wednesday, the Labour party said it “at all levels is implacably opposed to anti-Semitism” and was determined to root out this “social cancer” from its movement and society.

The party said it had doubled the number of staff dedicated to dealing with complaints, and that anti-Semitism incidents had been dealt with four times faster since Ms Formby became general secretary in March 2018.

It said Mr Corbyn had proactively addressed anti-Semitism within the party in various direct communications. “It is simply untrue to say that there were any significant number of disagreements about what constituted anti-Semitism,” it said.

Mr Watson praised former party staff who came forward to the BBC, saying they had been “incredibly brave”. “Hearing the testimony of party members and former staff was harrowing,” he said. “They are not ‘disaffected’ — they have been incredibly brave.”

Sadiq Khan, mayor of London, said the programme demonstrated why Labour needed to continue to co-operate fully with a current investigation into the party by the EHRC. “It breaks my heart that Jewish Labour members will have watched Panorama and felt that there is no place in the Labour party for them,” he said.