Central banks are under increasing pressure to explain how far they could — or should — use their powers to aid the fight against climate change. There has been very little discussion, however, of how climate change will complicate central banks’ core job: keeping the economy on an even keel.

The reason is simple: monetary policymakers typically have a mandate to bring inflation to target on a horizon of two to three years. The belief till now has been that developed economies will feel real effects from climate change only much further in the future — hence the call in 2016 by Mark Carney, Bank of England governor, for central banks to pre-empt what he called a “tragedy of the horizon”.

That belief is now starting to change. “I would argue that the horizon at which climate change impacts the economy has shortened,” Benoît Cœuré, a member of European Central Bank’s governing council, told a conference last November. Whether or not governments take action, he warned, “climate change is likely to affect monetary policy one way or the other”.

Central banks already grapple with unpredictable weather that can makes it harder for them to diagnose what is wrong when there is a sudden change in the economy.

Last year, the Bank of England delayed a rise in interest rates because it could not tell whether a first quarter slowdown was the result of an unusually bitter winter, or the start of a more worrying trend: it eventually decided the blip was “due to the weather, not the economic climate”.

The US Federal Reserve has for several years faced a similar difficulty in pinning down the causes of weak first-quarter growth — widely blamed on freak snowstorms, but without conclusive evidence.

More recently, economists have struggled to tell how much petrol prices in Germany were affected by a drought that limited shipments of fuel on the Rhine because of low water levels.

This kind of uncertainty makes it harder to get monetary policy right.

Central banks generally feel able to “look through” shortlived weather effects, without adjusting policy: even when a heatwave hits harvests, a hurricane damages property, or a blizzard shuts roads and building sites, in rich countries the effects on output and inflation are usually temporary.

However, as extreme weather becomes more frequent and as the global climate gradually becomes warmer, such economic shocks could be more persistent and harder for policymakers to ignore.

Price volatility will be especially difficult for central banks in emerging economies, where people spend more of their income on food and do not always trust policymakers to keep inflation in check.

But all countries face a long-term hit to potential growth.

In developed economies, climate change could be a drag on productivity, damaging capital and land, with the need to adapt to rising temperatures diverting resources from research and development.

Research published by the National Bureau of Economic Research in the US showed that, even in the most sophisticated of rich economies, temperature still had a big effect on per capita income. The report calculated that with a weekday with temperatures above 30C costing an average US county $20 per person in lost output, concluding that “daily temperature has an economically meaningful effect on economic production in the modern US”.

Sandra Batton, a Bank of England official, argued last year that while the likely effects were understood in theory, they would not be captured by existing economic models.

She said they would be felt “through many local, specific incidents”, such as planes grounded at airports in summer heat, but “these incidents might, in aggregate, become a meaningful drag on productivity and growth — perhaps many times more so than single catastrophic events”.

The consensus is that climate change will, over time, mean lower economic growth and higher inflationary pressure — the kind of supply side shock that monetary policy finds hardest to deal with.

“Such a stagflationary environment will place the world’s central banks in a dilemma: weaker growth will bring calls to stimulate the economy, but such efforts are only likely to aggravate inflation,” wrote Keith Wade, chief economist at Schroders.

If governments ignore the risks, catastrophic climate change could eventually “test the limits” of monetary policy, Mr Cœuré said, forcing central banks to resort to unconventional policy and, in the extreme, forcing a fundamental rethink of monetary frameworks.

In a more optimistic scenario, governments will act to hasten the transition to green energy — but this will not necessarily make life easier for central bankers.

Policies to fight climate change can be as destabilising as climate change itself — as seen recently in Germany, where growth slowed after new emissions tests disrupted the auto sector.

Sudden changes in the relative price of energy could make it harder to keep headline inflation on target. Even if governments manage to engineer a steady, predictable increase in the price of carbon, this could still result in lower growth and higher inflation.

“From a monetary perspective, climate change and climate policy are both supply shocks,” Warwick McKibbon, a professor at the Australian National University, wrote in a paper for the Brookings Institution. He argued that inflation targeting might no longer work in a carbon-constrained, climate-disrupted world — and that, in any case, the design of climate policy and monetary frameworks should be chosen jointly. 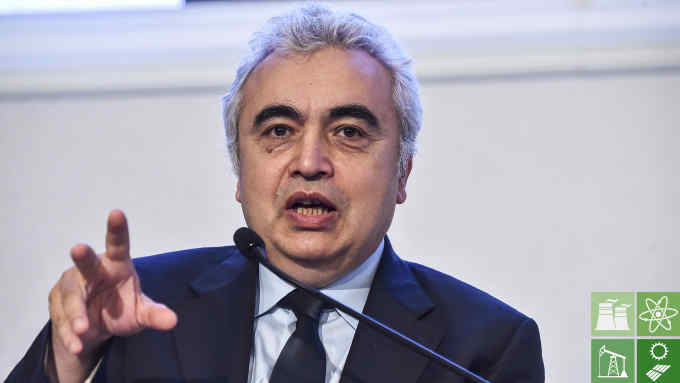