We must prepare now for the likelihood of a recession

When people are fundamentally healthy, they do not yet know what will cause their death. An economic recovery is healthy if it is not clear what will cause the next recession. By this standard, the recovery from the 2008 financial crisis, although disappointingly slow, has been healthy for most of the last decade.

This is now in serious doubt. Paul Samuelson’s quip that the stock market has predicted nine of the last five recessions cautions against overreacting to recent stock market moves. But credit spreads have widened considerably, commodity prices have softened and investors have started demanding higher yields for short-term US bonds than for those with longer terms. Unlike equity markets, “yield curve inversions” have not historically tended to produce false recession predictions. The overall judgment of financial markets is that recession is significantly more likely than not in the next two years.

Real economic indicators for the world’s largest economies, China and the US, also suggest considerable cause for concern. Almost every Chinese indicator in the last few months has come in below expectations. Beijing authorities now see the need for stimulus measures if they are to credibly report the attainment of growth targets. Revisions of economic forecasts tend to run in the same direction for protracted periods as forecasters adjust to emerging reality. This tendency is especially pronounced in China, given the extreme political sensitivity of economic statistics.

In the US, inflation is again running below the Federal Reserve’s 2 per cent target and comparisons of the yields on ordinary and inflation-adjusted bonds suggest investors expect this to continue for the next decade. While jobs growth remains strong, employment is usually a lagging statistic. Forward-looking indicators of business and consumer sentiment suggest that growth is likely to slow.

Perhaps the US economy will enjoy a soft landing: jobs growth would slow towards long run sustainable levels, and productivity growth would accelerate enough to allow continued gross domestic product growth of 2 per cent and increased wage growth without accelerating inflation. But this would require both policy skill and great luck. Given that we are starting from very high debt levels and low unemployment, a recession is the more likely outcome.

It is almost inconceivable that the global economy will remain healthy in the face of serious economic problems in both China and the US, even leaving aside their conflicts over trade and technology. Europe lacks economic energy and the uncertainties associated with Brexit, French protests, German political transition and Italian populism mean the continent is more likely to be a source of problems than a solution.

Like generals fighting the last war, too many policymakers are focused on yesterday’s problems. The global economy is much more likely to suffer from a downturn than from overheating in the next two years. There is more likely to be too little credit flow than too much, asset price deflation is more probable than a bubble and excess austerity is a bigger risk than profligacy.

The Fed should signal that it is determined to avoid a downturn that would assure another decade of below target inflation. The People’s Bank of China and other central banks should also make clear that they recognise that avoiding another recession is the most important thing they can contribute to financial stability.

Fiscal policymakers should realise the very low real yield on government bonds is a signal that more debt can be absorbed. It is not too soon to begin plans to launch large-scale infrastructure projects if a downturn comes. The largest economies should try to limit trade frictions and signal that they are committed to co-operating to support global growth by assuring adequate capital flows to emerging markets and avoiding a cycle of protectionism.

Even if my recession fears are excessive, a shift towards emphasising growth will contribute to bringing inflation up to target levels and can be reversed. If I am proved right, the costs of delay in the policy response could be catastrophic. It is the irony of our moment that prudence requires the rejection of austerity.

Society cannot borrow its way to prosperity / From Guy Wroble, Denver, CO, US 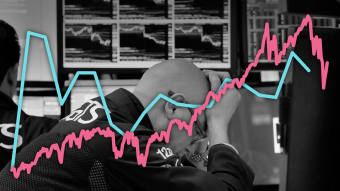 The world’s two largest economies slow, while the UK’s financial sector readies for Brexit and the ECB retreats from QE. Structural challenges and limited space for any policy response add to fragility. Here’s the best of this week’s opinion and analysis.