BoE’s new policy sets its course for a digital future

Digital banking has made its way to the old lady of Threadneedle Street. At his annual Mansion House speech, Bank of England governor Mark Carney announced the 300-year-old institution would allow financial technology companies to deposit funds overnight, opening up the inner sanctum of the monetary system to financial upstarts.

Mr Carney’s drive to modernise payments should be lauded. The post-crisis consolidation of commercial banks has stymied digital outfits. By offering fintech companies access to the BoE’s vaults, the governor may inject much-needed competition into the sector. What must follow is proactive regulation to ensure that new payment systems come under the same scrutiny as their older rivals.

Commercial banks have traditionally had exclusive access to deposits at the UK’s central bank, offering them a competitive advantage through cheap banking services. The BoE, which can create sterling from thin air, is the safest creditor imaginable. Another potential advantage for consumers is they could be paid the central bank’s often favourable interest rate directly — rather than relying on traditional banks to pass on rate rises.

For Libra, Facebook’s proposed digital currency, Mr Carney’s act may be a double-edged sword. On the one hand, it would give any sterling funds which the token is backed by access to a safe account with interest and without banking charges. On the other, it also empowers rival digital banks which come with less political baggage than Facebook and which are not reliant on dubious blockchain technologies.

Mr Carney has previously expressed a desire to work beyond the confines of the traditional banking system. Compared to experimental approaches such as Central Bank Digital Currencies, increased access to overnight deposits is a carefully measured but valuable shift. Opening up the BoE’s balance sheet to tech companies is part of a broader exercise in modernisation. The Bank is also exploring how to support the transition to a greener economy, improving access to funding for SMEs and dealing with the rapid decline of cash.

The policy changes are unlikely to spell the end for deposit-taking commercial banks. Based on the experience of existing online-only banks, while fintech is a rapidly growing industry, it is unlikely to supplant traditional banking outside of relatively young, affluent, early adopters. But it may lead commercial banks to rethink what they offer. Some may be forced to become primarily investment vehicles in order to compete with safer digital rivals with central bank interest rates.

Implementation of the policy will require a deft hand. Digital challengers will have to demonstrate why they should not have to follow the regulation imposed on lending banks if they want access to the BoE’s vaults deposits without a banking licence. The central bank wants to ensure a level playing field rather than opening loopholes. Mr Carney wants to avoid repeating what happened in social media, where regulators are trying to catch up with the technology. New technologies including Libra should have rules in place before being rolled out to the public.

Nevertheless, the Bank of England’s decision is the right one. At a time of deep uncertainty and concerns around the impact of Brexit on the UK’s role as a financial centre, such bold steps are needed. As economies become cashless, central banks are realising they need to get involved in the payment system. Mr Carney’s bold move has gone beyond his international peers, and demonstrated to his domestic critics what “global Britain” can mean. 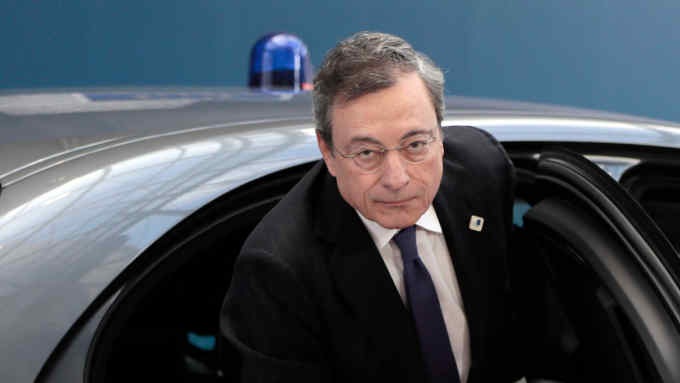