This article was orginially published as part of the ‘Negative Yields’ series on 27 June 2019.

This summer, Germany’s housing market has turned into Alice in Wonderland: the yield on five-year bonds issued by mortgage banks slid to minus 0.2 per cent, compared to a level of plus 5 per cent a decade ago.

That means investors are essentially paying for the privilege of lending money into Europe’s largest property sector. Economic logic — or gravity — has been turned on its head.

If that were not bizarre enough, consider this: in Denmark, some financial institutions are offering borrowers “negative” mortgages that pay interest; treasurers of major German companies are muttering about their bonds trading with negative yields; and yields on 10-year government bonds in France and Sweden have fallen into negative territory too, joining Germany and Japan.

Overall, the global pile of negative yielding debt has swelled above $12.5tn, breaking the record set in 2016. Even in America, the yield on 10-year Treasuries recently fell below 2 per cent. That might not look dramatic since it is still positive in nominal terms. But when adjusted for core inflation (about 2 per cent) it equates to a near-negative real rate. This is remarkable given that the US just notched up an economic growth rate of 3.1 per cent in the first quarter.

Some investors might feel tempted to shrug their shoulders. When negative rates first appeared two decades ago in Japanese yen money markets, they triggered so much shock that local bank computing systems went haywire. But they are now cropping up so frequently that investors have become almost inured to the surreal. There has been extraordinarily little public debate about the record levels of negative yielding debt. Neither politicians — nor many voters — appear to really care.

However, it would be a profound mistake for investors to ignore what is now under way or simply presume that they have seen it before.

One obvious reason to pay attention is that sinking bond yields, and an inverted yield curve — where short-term bonds have higher yields than long-term ones — have previously been good recession predictors.

Another is that there appears to be a subtle shift in investor psychology. The issue revolves around the explanations for negative rates. When these first appeared, investors and economists tended to assume that the pattern reflected idiosyncratic events, such as the 1997 Asian financial crisis, the 2008 financial crisis and eurozone debt dramas — and “emergency” (supposedly temporary) central bank easing.

Today it is hard to blame negative rates on a specific “event”, with the possible exception of those who believe that Donald Trump’s threatened trade war will now deliver a devastating breakdown in global trade.

Instead, the investors, economists and policymakers are increasingly pointing to long-term structural explanations for the shift to negative rates. They cite demographics, specifically that the ageing of developed world populations may be suppressing demand, and speculate that technological innovation may be dragging prices down. Some also argue for secular stagnation, which is when low demand and a reluctance to invest creates a self-reinforcing downward loop.

It is hard to prove — or disprove — just how much these structural factors are to blame. Opinions at the US Federal Reserve and the European Central Bank are mixed. No wonder: another factor driving interest rates lower is the ultra accommodative stance of the central banks. The ECB and Bank of Japan have bought so many government bonds in an effort to stimulate growth that there is almost a shortage of safe assets for ordinary investors.

The bottom line is this: the more that the economic consensus quietly starts to attribute negative rates to structural issues, rather than idiosyncratic shocks or the economic cycle, the more likely they are to assume that this pattern is here to stay. They feel a diminishing sense of urgency about the need to hedge against future rate rises.

That might not matter in the short term. Rates seem likely to stay very low for the foreseeable future given rock-bottom inflation in many places and dovish central banks. However, it leaves investors and public sector institutions exposed to nasty potential losses if rates suddenly rise due to unforeseen economic or political shocks.

That might seem hard to visualise now. But a decade ago it was even harder to imagine negative rates in Germany’s mortgage bond market. Now more than ever, politicians and investors need to talk about this growing risk — and retain their sense of imagination in this Alice in Wonderland world. 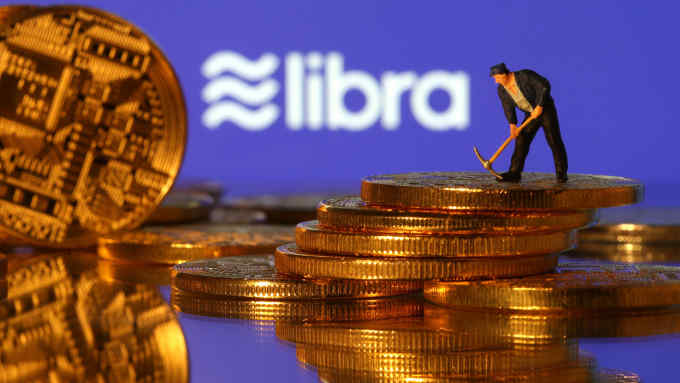