Irish Man Booker-prize winner John Banville has frequently referred to the influence of Henry James in his writing, so it’s no scandal to hear he has written a sequel to one of James’s most-loved novels, The Portrait of a Lady. Picking up in England, where James’s novel ends, Banville tells the story of his heroine Isabel’s journey to Gilbert Osmond in Tuscany, via London and Paris, where she encounters many of the original novel’s colourful characters. Clever and absorbing.

Boyt’s previous four novels show a strong interest in familial relationships and their idiosyncrasies, and she continues to mine those themes in her new novel, Love & Fame, a complex exploration of grief and the ripples it causes. When Eve loses her famous actor father suddenly, she confronts her loss by scouring obituaries in the papers, while her mother keeps on carrying on. Insightful and funny.

Quite possibly the most entertaining novel of the year. Lottie and Quentin should be divorcing, thanks to Quentin’s multiple indiscretions, but after losing their jobs, they can’t afford to. So they up sticks from London to a curiously cheap cottage in the depths of Devon. A well-observed and often hilarious portrayal of the harsh realities and prejudices of country life, with a deliciously thriller-ish edge.

Egan’s keenly awaited follow-up to her prizewinning A Visit From the Goon Squad is set in the Brooklyn docks of the 1930s and 1940s. While touching on New York’s maritime past, social change and America’s rising prewar eminence, the story belongs to Anna Kerrigan, her errant father Eddie, and an intriguing nightclub owner named Dexter Styles. Great historical fiction, flawlessly done.

Tracing the descendants of two women across seven generations, this unflinching, ambitious debut from Ghanaian-American author Gyasi examines the lingering effects of slavery from the 18th-century Gold Coast to the US at the turn of the 21st.

Tessa Hadley is one of the most sympathetic, insightful observers of human nature writing today, and a brilliant short story writer. In this collection, Hadley zooms her lens in and out of her characters’ lives, from a girl’s sensual awakening in the suburbs to 60-year-old Greta, facing decline and the end of sexual desire.

Hollinghurst’s new novel is a multi-generational portrait of gay life in the 20th century, encompassing Oxford spires, youthful sexual liberation, and provincialism versus metropolitanism. The FT described it as “as accomplished and pleasurable as anything Hollinghurst has written”.

Hunt grew up in Indiana, close to where the 1930 Marion lynchings took place, but only learnt of the atrocities from a later radio documentary. His response is this fable-like tale about the cultural climate at the time, seen from two female perspectives, one white, one black. An astute investigation into the nature of evildoing.

Hurley’s first novel was The Loney, a prizewinning gothic triumph produced by a small Yorkshire press, later picked up by John Murray. Devil’s Day shares the same dark sense of foreboding, set in an isolated Lancashire valley at the time of a ritualistic annual gathering of sheep down from the moors for winter. Laced with menace.

When the gutsy unnamed female narrator of Kandasamy’s second novel tells her father that she is being beaten by her college professor husband, his response is: “If you break off your marriage, everyone in town will mock me.” A searing analysis of an all-too-common predicament.

Krauss’s extraordinary fourth novel is a study of identity, belonging — and the allure of the Tel Aviv Hilton. One strand concerns Nicole, a writer who leaves New York on a journey of self-discovery, making a pilgrimage to the hotel she visited frequently as a child. In a parallel strand we meet dyspeptic millionaire lawyer Epstein, also drawn to Tel Aviv, where he is confronted with his ancestral past. A sophisticated, thought-provoking book with moments of exquisite beauty.

Poet and novelist Nick Laird’s Modern Gods is a sharp, funny look at religious belief via the divergent trajectories of the Donnelly sisters. Liz is a New York-based academic investigating a cult in Papua New Guinea, while Alison, a mother of two, is married to a sullen Ulsterman, living in Ballyglass, Northern Ireland.

Set in the Catskills during a broiling hot summer, this intelligent psychological thriller was my top summer read. Narrator Matthew is holidaying with his rich cousin Charlie and Charlie’s beguiling wife Chloe in their architect-designed house in Aurelia — a town that’s a mix of Woodstock hippies and SUV-owning second-homers. A compulsively readable tale of money, power and betrayal.

Locke’s fourth novel is the first in a series set along Shelby County’s Highway 59, a road she describes as a gateway to her writing. Humming with the music and textures of black Texan life, this is an elegant thriller about a ranger’s investigation into the case of two mysterious bodies found in the murky bayou.

McGregor’s sparely written, quietly triumphant fourth novel is the chilling story of a 13-year-old girl’s disappearance from a Peak District village. In 13 chapters, each covering a year since she went missing, we see the workings of a rural community coming to terms with a tragedy and moving on.

In McInerney’s follow-up to her 2016 Baileys Women’s Prize-winner The Glorious Heresies, we return to Cork, where anti-hero Ryan Cusack is now a 20-year-old drug dealer who soon finds himself out of his depth importing drugs from real gangsters in Naples. An exuberant noirish romp that also speaks of a loveless childhood.

Messud’s psychologically astute fifth novel looks at the pressures facing young women growing up in America today, through a fated friendship between two girls. “Everyone loses a best friend at some point,” recounts Julie, as she looks back on her relationship with Cassie, which began at nursery school, and disintegrated on the cusp of adolescence. A “subtle novel that conceals an eloquent and clear-eyed rage simmering beneath the surface”, wrote the FT’s reviewer.

Shortlisted for this year’s Man Booker Prize, Fiona Mozley’s remarkable debut looks at life on the margins of society. Narrator Daniel, 13, lives with his sister Cathy, 15, and their father, “Daddy”, a towering figure and local prizefighter, in the house he has built for them in a copse. They are self-sufficient, homeschooled and left alone — that is, until the local landowner comes knocking. A darkly evocative tale that lingers in one’s mind.

This is Roy’s first novel since her 1997 Booker Prize-winning The God of Small Things. A free-ranging survey of Indian life, it encompasses everything from the challenges of transgender communities, the rise of Hindu nationalism and the struggle for Kashmiri independence. As Claire Messud put it in the FT, the novel gives us a sense of “the complexity, energy and diversity of contemporary India, in which darkness and exuberant vitality are inextricably intertwined”.

Winner of this year’s Man Booker Prize, Saunders’ affecting portrait of a grieving president is a playful yet moving triumph of literary innovation. In 1862, in the midst of America’s Civil War, Abraham Lincoln lost his third child Willie. This is the reimagined story of Lincoln’s visit to his son’s tomb, and how he drew strength from his sorrow for battles ahead. Stylistically daring, Saunders weaves archival accounts with his own cast of imagined voices to dazzling effect.

Segal won the Costa First Novel Award for her 2012 debut The Innocents. An Awkward Age tells of a daughter’s struggles to adapt to the arrival of her mother’s new boyfriend and his teenage son. An often comic look at shifting priorities and the evolving turmoil of child-parent relationships.

Isma, the eldest of three siblings living in Wembley, is stopped at the airport on her way to study in the US; Parvaiz, adrift without a father figure, is drawn to Farooq, who’s recruiting for Isis; meanwhile, Aneeka is falling for the son of a British-Asian politician. Shamsie’s seventh novel is both a literary thriller about prejudice and the slide into radicalisation and an expansive love story.

Smith continues to write close to real events in the second instalment of her inspired quartet of seasonal novels. Grenfell Tower, Donald Trump and Brexit rhetoric are woven into this tale about a Cornish Christmas family reunion with a twist. “Among the most original, consoling and inspiring of artistic responses” to our troubled times, wrote the FT.

Jesmyn Ward has won the National Book Award for Fiction twice, first for Salvage the Bones (2011) and now for Sing, Unburied, Sing. “Burning with power, grief and tenderness,” Nilanjana Roy wrote in the FT. The novel centres on Leonie, a black woman, struggling to bring up her two children while her white husband is in prison. Ward takes the classic American road-trip trope and “breathes an electric current of danger into it”.

Readers, what was your favourite book published this year and why? Tell us in 100 words or less by emailing weekend.readers@ft.com before Monday December 11 2018. We’ll publish a selection online 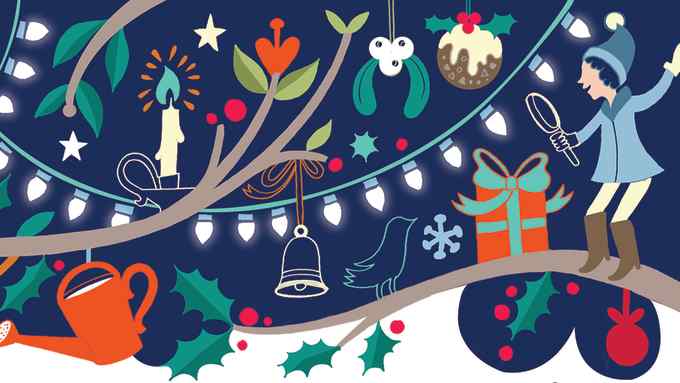 From the end of globalisation to the literature of birds, the FT’s critics reveal their top picks of the year