The wealthy must prepare for depressed asset growth

The rich can mitigate the effects of a crisis but cannot escape them entirely. If household assets do not stand on firm economic foundations they will crumble
Stefan Wagstyl

The soaring wealth of Amazon chief Jeff Bezos, Facebook founder Mark Zuckerberg and other tech billionaires has highlighted how well the very rich have ridden the economic storm unleashed by the pandemic. Their good fortune contrasts sharply with the dire fate of hundreds of millions of people who have lost their job, had their pay cut or seen their meagre savings depleted to pay bills.

But it is not just the globe’s 2,000-odd billionaires and 175,000 or so people worth $50m and more who have weathered the economic turmoil well. So too have millions of other affluent people, including entrepreneurs, corporate executives, lawyers, financiers, doctors and senior civil servants.

This point is highlighted in Credit Suisse’s 2020 Global Wealth Report: it states that while total global wealth dipped sharply during the upheaval in financial markets between January and March, it had recovered to be up $1tn, or 0.3 per cent, at the end of June compared with the start of the year. 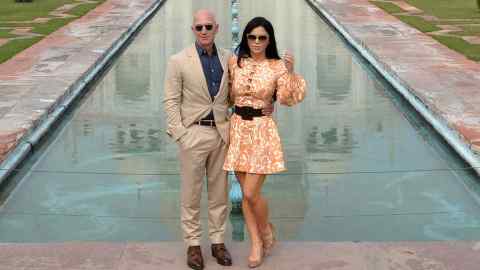 Credit Suisse’s researchers found no sign, however, of the ultra-rich benefiting at the expense of the less well-off in terms of wealth. As they put it, there was “no firm evidence that the pandemic has systemically favoured higher-wealth over lower-wealth groups or vice versa”. The number of ultra-rich people — those with a net worth of $50m or more — was essentially unchanged, slipping by 122 to 175,566 in the first half of 2020.

The report gives three reasons for this overall resilience. First, a sharp drop in consumption spending translated into higher savings. Second, low interest rates have supported not only financial markets but other assets, including property, a key element in many middle-class portfolios. And third, government pandemic support in developed countries has helped not only the poor but also the well-off.

The authors point out, correctly, that savings are particularly important in a crisis as a financial shock absorber. Those with little or nothing to their name have suffered disproportionately, especially if they are among those who have lost their job or had their pay slashed. So even if wealth distribution has not changed much, income distribution has. As the report says: “It is likely that income inequality has grown in many countries, despite efforts by governments to support those most in need.”

As Credit Suisse warns, the pandemic story is by no means over. Government support will be temporary, interest rates will rise and governments will seek to recover some of the higher public spending through tax increases. All of which “will hamper growth of household wealth for several years ahead”, the report says.

Credit Suisse does not speculate further, but the wealthy should clearly prepare for possible levies on their assets as well as their income. The favourable treatment of capital gains in many developed countries may not last.

Moreover, as the report also shows, even if the pandemic has so far left the overall global household wealth pile largely intact, there are significant differences between countries. China and India saw their accumulated wealth increase in the first half of 2020. North America and Europe, meanwhile, were largely flat, though the UK was a conspicuous exception, with a 6.5 per cent decline, the largest in any big developed economy. Among emerging markets, Latin America suffered most, with a 12.8 per cent drop in wealth. These differences largely reflect gaps in economic performance.

The rich can mitigate the effects of a crisis but cannot escape them entirely. If household assets do not stand on firm economic foundations, they will crumble.