Seyoum Antonios, an Ethiopian celebrity surgeon and Christian campaigner, has a message for his many online viewers: halt the introduction of “Comprehensive Sexuality Education” in schools, or face the wrath of God.

In a video posted last year and viewed more than 160,000 times on YouTube, the doctor said there was an “agenda that has come upon us called an all-inclusive sexual education, which is intended to spread homosexuality as well as abortion on Earth”.

He added that organisations were trying to insert this into the Ethiopian school curriculum “to teach our children in their young age that homosexuality is natural, that carrying out abortions is not problematic. We have to cry in front of God and get this thing to stop.”

In an almost two-thirds Christian country — the most recent census, in 2007, puts Ethiopia’s Orthodox, Evangelical and Pentecostal believers at 63 per cent of the 114m population — analysts believe such messages are turning many against Comprehensive Sexuality Education (CSE). Seyoum has amassed more than 1m views on video platforms since 2018, according to Signify, a data science company specialising in ethical research and data governance.

“We have to be very careful” when teaching sexual education to children, says the head of a local organisation that is promoting CSE in the regions of Oromia and Amhara in a low-key way. “There are informal groups trying to discourage these kind of activities via social media, particularly [on] YouTube,” the person adds.

Researchers, charities and international organisations say that such online discourse underpins political lobbying to keep CSE off curriculums. Many worry about the impact in Africa’s second most populous nation, where the median age is 19.5 years.

“There’s a huge misinterpretation of sex in young people who really, really need CSE,” says Siyane Aniley, a researcher on sexuality education at the Centre for Comparative Education and Policy Studies at Addis Ababa University. “CSE helps a lot in stopping early marriage, female genital mutilations, promoting safe abortions and the use of condoms.”

The most widely known organisation opposing such teaching in Ethiopia is Stop CSE, a joint programme with groups including Family Watch International, an Arizona-based Christian conservative organisation of which Seyoum is Africa director. Stop CSE is promoting the Protect Ethiopia Children Petition, “to ensure no instruction or materials, including highly controversial comprehensive sexuality education, be given to children in our schools”.

The campaign alleges that “the ultimate goal of CSE is to change the sexual and gender norms of society, which is why CSE could be more accurately called ‘abortion, promiscuity, and LGBT rights education’”. It claims that CSE “is highly explicit and promotes promiscuity and high-risk sexual behaviours”.

Advocates of CSE deny this and say that it addresses early pregnancy prevention, sexually transmitted infections, consent and violence — providing youngsters with skills and knowledge to help them have healthy relationships.

Data from the latest Ethiopian demographic and health survey, in 2016, show that 58 per cent of women then aged 25-49 married before they were 18, while half gave birth before the age of 20.

Saba Kidanemariam, Ethiopia director for Ipas, an international women’s reproductive health and rights organisation, says: “If we don’t provide the right information, many women may actually lose their lives.”

Family Watch did not reply to a request for comment, but its campaign garnered high engagement on social media, says Joe Harrod, co-founder of Signify. He estimates the reach of the Stop CSE petition at 1.9m views.

Befekadu Hailu, an Addis Ababa-based social media analyst, says: “Seyoum and others can have this kind of power [using social media] because the norm here is resistance against knowledge-based sexuality education, which is believed to be against religion, against culture.”

Tiruwork Amare, a manager in Ethiopia with MSI Reproductive Choices, the family planning organisation, says: “Teenage pregnancy is high, unintended pregnancy is high, unsafe abortions are high . . . The reasons are lack of information or sexual education, much misinformation, fear of stigma, and religious influences.”

The effects . . . can be devastating because of the speed of transmission of misinformation and the fact that many people aren’t resilient to it

For Imran Ahmed, head of the Centre for Countering Digital Hate, a London-based advocacy organisation: “The effects of this in a country like Ethiopia can be devastating because of the speed of transmission of misinformation and the fact that many people aren’t resilient to it.”

YouTube says it supports freedom of expression and that two videos featuring Seyoum highlighted by critics as misinformation do not violate its guidelines. A spokesperson says it removes any “harmful or hateful” content.

The UN guidance on sexuality education shows that some countries are implementing science-based education adapted to national contexts. Unesco supported several African governments to develop policies that strengthen health education while engaging with parents and communities. In Ethiopia, such efforts were thwarted last year amid opposition, according to some people with knowledge of the matter.

“It was the basics, really the basics — there was nothing controversial,” says an official from an organisation working with Ethiopia’s education ministry to develop a curriculum including sexuality education.

“Fear-based messages were seeding moral panic based on misinformation, and government officials don’t want to take the risk,” says another official involved. Senior officials at Ethiopia’s education ministry did not reply to requests for comment.

Joanna Herat, a Unesco specialist for health and education, says the organisation “believes access to good quality education is a human right for all, and CSE is a key part of that . . . These subjects can be sensitive in some regions, and some groups build on these through misinformation where there are already fears and concerns.”

He says Unesco and other UN agencies had been co-opted by donor countries and groups supporting abortion rights for women and were “promoting radical sexual rights at the expense of sexual health . . . This is not just cultural imperialism, it is sexual imperialism.”

For Siyane Aniley at Addis Ababa University, the situation is simple: “In general, society is easily convinced because the anti-CSE activists quote verses from the Bible, which is something people respect and follow. So, they relate instantly. It’s much easier for Ethiopian society to believe the Dr Seyoum kind of people rather than Unesco.” 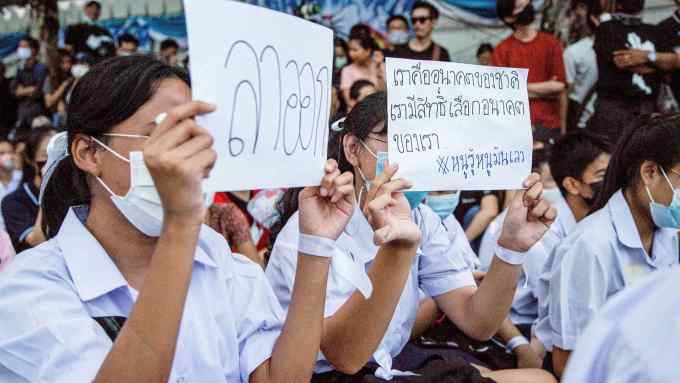