There are no two ways about it, argues Jeremy Grantham: “The long, long bull market since 2009 has finally matured into a fully-fledged epic bubble”.

The co-founder of Boston-based-based fund manager GMO says: “Featuring extreme overvaluation, explosive price increases, frenzied issuance and hysterically speculative investor behaviour, I believe this event will be recorded as one of the great bubbles of financial history, right along with the South Sea bubble, 1929, and 2000.”

Coming from a man who was famously prescient about the bursting of bubbles in 2000 and 2008, this red alert about investment risk, issued in January, merits attention.

Others have still to be convinced. In a recent strategy paper, economists at Goldman Sachs argue that, while there are pockets of excessive valuations in equities, “the absence of significant leverage (outside the government sector) and the early stage of the cycle suggest that the risks of an investment bubble with systemic risks to the financial system and economies is relatively low.”

What is not in doubt is that there is a great deal of froth in today’s markets.

Inexperienced retail investors are herding into popular stocks. Share prices of unprofitable companies have been soaring. Special purpose acquisition companies (Spacs), which circumvent the protections in a conventional initial public offering and handsomely line investment bankers’ pockets, raised more than $70bn of new money in the US in 2020. That record issuance looks set to have been exceeded in the first three months of 2021. 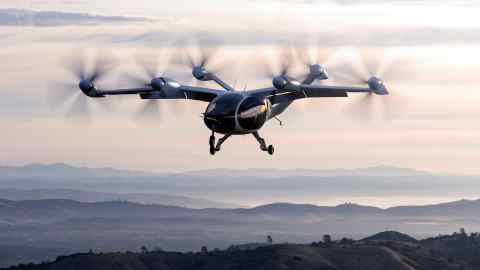 Companies such as Uber and Deliveroo, whose competitive advantage derives primarily from regulatory arbitrage in labour markets rather than miraculous technology, nonetheless command miraculous valuations, even after Deliveroo’s flotation flop.

Turning to the big picture, the global equity market capitalisation has reached a record high in relation to global gross domestic product.

On the question of systemic risk, there are some reassuring signs. Unlike the run-up to the crisis of 2007-08, property markets, with the exception of China, are not wildly overvalued. Nor are banks as overstretched, having been forced to rebuild capital since the crisis — although the collapse of the Greensill shadow bank points to rising risks outside the conventional banking system.

And, unlike the peak of the dotcom bubble, the big tech groups that have spearheaded the bull market are cash rich and generating robust earnings.

At the same time, central banks’ and governments’ efforts to combat the depredations of coronavirus have prevented widespread corporate bankruptcies. This, together with an acceleration in vaccinations, is contributing to global recovery: the IMF is projecting global growth of 6 per cent this year. Meanwhile, Jay Powell, the Federal Reserve chair, is a super-dove, indicating to markets that any shift to tighter policy is far in the future.

Into a debt trap

But there is the rub. The biggest risk to all markets today lies in the loose monetary policy that has delivered ultra-low policy interest rates and contributed to low nominal bond yields, which remain in historically unprecedented territory even after the recent upward adjustment.

Elroy Dimson, Paul Marsh and Mike Staunton, in the Credit Suisse Global Investment Returns Yearbook, point out that, over the past 40 years, their world sovereign bond index provided an annualised real return of 6.2 per cent, only marginally below the 6.8 per cent from world equities.

Extrapolating those returns into the future would, they say, be foolish because this was a golden age for bonds. The average annualised real return on sovereign bonds since 1900 was a mere 1 per cent.

The big problem here is that high bond prices and incredibly low yields provide dangerous incentives. Investors search for more yield regardless of risk, and everyone — households, companies and governments — borrows to excess while debt servicing costs are minimal.

The result is an explosive growth in debt. The Institute of International Finance, a trade body for global banks, estimates that global debt hit a new record of $281tn in 2020, with the governmental response to the pandemic contributing $24tn to that figure.

The non-bank corporate sector in particular has seen a progressive build-up since the financial crisis, with debt now standing at 100 per cent of GDP.

That hardly squares with the Goldman view that there is an absence of significant leverage in the private sector.

In effect, the world is in a debt trap. It is impossible for the big central banks to tighten policy without posing a threat to financial stability and thus the wider economy. Such action would also invite retaliation from politicians for whom central bank independence is fine so long as it delivers low interest rates.

There is no easy exit from ultra-loose monetary policy, with the risk being either of financial crisis or higher inflation or both. Indeed, inflation will be part of the solution to excessive debt.

The interest rate mantra of lower for longer cannot have a happy ending. But predicting when that ending might come would require the skills of a Nostradamus.