Blank-cheque companies signed a record $109bn of transactions globally last month, as their founders rushed to take advantage of investor enthusiasm to bring privately held companies to the public markets.

Special purpose acquisition companies, known as Spacs, struck 50 deals in February, according to Refinitiv. The data demonstrates the intensifying race to snap up promising young companies, often with little in the way of revenue, at ever-increasing valuations.

“Historically, [Spac] had been a kind of dirty four-letter word,” said Jackson Garton, managing director and head of marketable assets at Makena Capital Management. “It wasn’t necessarily viewed as the most attractive way to go public. But I think what has shifted in the last few years . . . the stigma around Spacs has subsided to a certain degree.”

February’s dealmaking frenzy was capped by the largest Spac merger to date when the electric vehicle developer Lucid agreed to go public last week in a $24bn deal with a blank-cheque company set up by ex-Citigroup banker Michael Klein.

For the first two months of the year, Spacs accounted for more than 20 per cent of overall dealmaking activity, helping to increase overall mergers and acquisition volume by 56 per cent from the same period last year, to $700bn.

An ever-increasing number of Spacs are chasing deals, having raised money on a promise to acquire a private company within two years of launch. Founders range from veteran financiers such as Bill Ackman and Betsy Cohen to celebrities turned entrepreneurs, including tennis champion Serena Williams and rapper Jay Z.

In the US, which accounts for the large majority of the Spac activity, 188 vehicles have raised $58bn so far this year, marking a significant acceleration from 2020 when 244 Spacs raised $78bn across the year as a whole.

Goldman Sachs chief David Solomon earlier this year called the level of issuance unsustainable but Wall Street has largely embraced the structure as an alternative way for companies to go public.

“It’s hard to say right now that this is a bubble,” said Warren Fixmer, head of Spac equity capital markets at Bank of America. “Clearly when you look at the explosion of issuance, it’s hard not to ask questions. But I think the asset class has proven to be a solution to private companies looking to go public.” 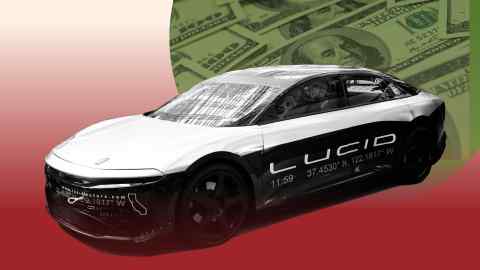 “While there are many great Spacs and management teams out there are bringing back fantastic deals, inevitably there is concern that some of the less high-profile sponsors might come back with lower-quality assets,” he said.

“Spacs aren’t a fad,” said Bob Diamond, the ex-Barclays chief executive who now runs Atlas Merchant Capital. “They’re disrupting what was a pretty archaic system. Will you have a bad deal and have some excess? Absolutely, [but] this is another example of the incredible depth and liquidity of the US capital markets.”