America the beautiful: three generations in the struggle for civil rights | Free to read

They stand in the hose fire at Birmingham; they stand in the rain at Hattiesburg.
They are young, they are beautiful, they are determined.
It is for us to create, now, an America that deserves them.
— Lorraine Hansberry

The cover photograph looks as though it could have been taken last week, capturing what has long been, for those willing to see it, an iconic image of America: a white police officer collaring a black man from behind in a chokehold, the man’s mouth open as if to shout or gasp for air. He is, the caption tells us, a 17-year-old in the Atlanta Movement, an honour student. It was his eighth arrest.

As similar scenes played out all across the US, police using excessive force on peaceful protesters — tear gas, rubber bullets — denying American citizens the constitutional right to assemble, to demonstrate against ongoing racial injustice and police brutality — I turned to it, a book called The Movement: Documentary of a Struggle for Equality.

The year before I was born, my grandmother brought the book home to my mother. It was the summer of 1965 and my mother was back in Mississippi for a few months before she would return to college in Kentucky.

That summer, as white opposition to major advancements in the civil rights movement grew, the threat of racial violence was palpable. In a single night, the Ku Klux Klan sent a warning, threatening to burn 600 crosses all around Mississippi. “One of them was at the church in front of my house,” my mother wrote in a letter to the man who would soon become my father.

Not long after, she’d have even more to worry about. In October, when they eloped, my black mother and white father, interracial marriage was still illegal in at least 17 states in the nation. In Mississippi, not only was it illegal for whites and blacks to marry, it was also illegal to travel to another state and marry where it was legal, and then return.

For love, for the right to love whomever they chose, my parents committed an act of civil disobedience, crossing the Ohio river into Cincinnati, as runaway slaves had once done, for a measure of freedom in a state where they could marry legally. My grandmother, defiant, tried to place the wedding announcement in the local newspaper.

For love, for the right to love whomever they chose, my parents committed an act of civil disobedience

There is a history in my family of defiance, of peaceful resistance and non-violent protest as well as civil disobedience. In 1956, my grandmother was fed up with the way she and the other black seamstresses were treated at the drapery factory where they worked. Though they sewed alongside white women, they were subjected to an indignity that the white women were not.

Every day, at the end of their shifts, the white manager of the factory would stand at the exit and demand to search their pocketbooks. One by one he’d rifle through their belongings before allowing them to leave.

Perhaps they wanted nothing more than to assert their own humanity by demanding that it be recognised in the form of equal treatment in the workplace. Perhaps, too, they were emboldened by the new civil rights movement that had begun in earnest after the murder of Emmett Till, a 14-year-old black boy who had been abducted and murdered in Mississippi in 1955 for supposedly whistling at a white woman.

All day the black women at the factory saved their used sanitary napkins and kept them in brown paper bags. When the manager searched my grandmother’s pocketbook, he found a paper bag there, into which he stuck his hand. When my grandmother told that story she’d always laugh, delivering the last part like a punchline: “He never checked our purses again.”

It’s easy to dismiss a small act of resistance like this one in the face of dire circumstances, matters of life or death, but there’s a darker edge to the story: the implicit acknowledgment of sexual violence black women faced at the hands of white men. In their act of resistance, those women were sending him a message both literal and figurative. Quite simply: don’t violate us and undermine our human dignity by checking our purses. And: by participating in the racist, unequal treatment of black women, by systematically upholding the institution of white supremacy, you might as well have blood on your hands.

When I think of it now it seems to me she told that particular story because I was a child and it was easier to tell than the stories about the “Biloxi wade-ins” in which she participated to protest against the segregation laws denying blacks the right to use the public beaches on the Mississippi Gulf Coast. She’d been there for the protest that turned violent, when police stood by as a white mob attacked the protesters.

In late 1965, when my mother returned home to Mississippi to wait out the long months before giving birth to me, she quietly broke another law. And she knew, because of the anti-miscegenation laws still in place, that I would be rendered illegitimate, persona non grata. To circumvent the law, the person filling out my birth certificate listed “race of mother: colored, race of father: Canadian.”

I’ve often imagined her anticipating my arrival in the aftermath of one of the worst years she’d witnessed in her lifetime: “I’ve seen too many things, too many bad things this summer,” she wrote to my father.

Still, something in her letters makes me understand the persistence of hope, resilience, the way it can grow like a new life inside you. In the midst of all those troubling things were the images confronting her in the pages of the 1964 edition of The Movement: photographs of black and white protesters linked arm in arm, the raised placards demanding simple justice, the heads bowed in prayer or lifted skyward in anguish; the phalanxes of police in riot gear, gas masks, black-and-white photographs so grainy now that water spray from the hoses turned by police on to non-violent protesters looks like the smoke from a can of tear gas; photographs of black Americans living in stark poverty, photographs of the Ku Klux Klan marching, photographs of the bodies of two black boys, mutilated and hanged, another tied down and burnt, the human form still smouldering; a woman raising her hands as if to say, “I’ve had enough.”

“It is really beautiful,” my mother wrote, describing the book to my father. “I think you know the way I am using the word.”

My mother has been dead 35 years now. If she were alive, she’d see how much the imagery of this past week resembles the tumult of the 1960s, with police brutality still prevalent, high on the list of injustices against black Americans that Dr Martin Luther King Jr outlined in his speech at the Lincoln Memorial during the march on Washington, August 28 1963: “There are those asking the devotees of civil rights, ‘When will you be satisfied?’ We can never be satisfied as long as the Negro is the victim of the unspeakable horrors of police brutality.”

America is a nation steeped in forgetting, in willed cultural amnesia and blindness to the ongoing everyday injustices suffered by African-Americans. It is a place in which it is not uncommon to hear white people say that blacks finally won equality with the civil rights movement over half a century ago, or at the very least, with the election of a black president. Too many white people are ignorant of our nation’s troubled history of systemic, institutionalised racism — but, worse than that, there are too many who are wilfully so, rejecting anything that contradicts the narrative of themselves as wholly committed to freedom, to democracy, and justice for all; to anything that contradicts the notion of the American dream, and the as-yet-unrealised tenets of our national creed.

Over and over again we see evidence of the deeply ingrained and unexamined notions of racial difference and hierarchy, the bedrocks of white supremacy, in people who consider themselves not racist.

You cannot devalue and diminish the life of another human being without disfiguring your own soul. Nor can you heal a wound that’s allowed to fester, growing more infected with each new act of brutality and injustice. The killing of George Floyd, a black man in Minneapolis who died as a police officer knelt on his neck for nearly nine minutes, brought the long history of our national disease — our disfigurement — back to us in those excruciating moments, revealing the putrid ugliness beneath the filthy bandage we’ve worn for centuries and setting off protests around the country and the world.

And it is beautiful. I think you know how I am using the word.

Natasha Trethewey is a former US poet laureate and the author of the Pulitzer Prize-winning collection ‘Native Guard’. Her latest book, ‘Memorial Drive: A Daughter’s Memoir’, is published next month by Bloomsbury

Social justice, power and politics — understanding the US protests

Inside the protests: pictures of a nation in turmoil

‘I feel a responsibility to document our fight’: six photographers record the demonstrations

Books to illuminate the problems of race in America

As protests continue in the US, Rana Foroohar selects key works on the long history of racial inequality

Two poems on the police killings of black Americans

Explore the series
READ MOREThe best long reads of 2020
The next pandemic: where is it coming from and how do we stop it? 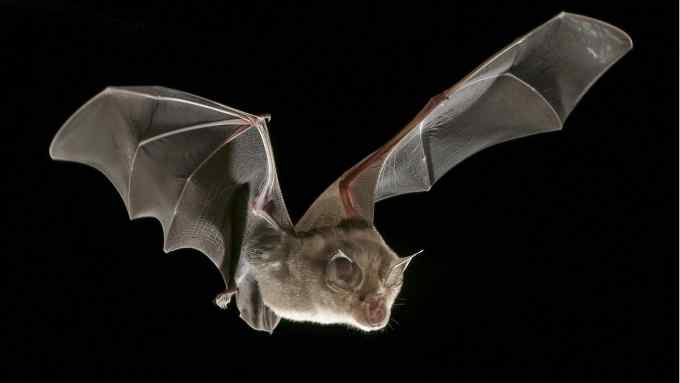