The last few years have been miserable for the estimated 50m dementia sufferers worldwide who are waiting for the first treatments that can arrest the devastating brain diseases.

Drug after drug has flunked the final stage of testing, even after earlier studies offered hope that the experimental medicines might be able to slow the relentless march of the illness.

Until a pharmaceuticals group develops a “disease-modifying” medicine, patients must make do with a handful of drugs that only slightly ameliorate the ravages of Alzheimer’s disease — which accounts for between 60 and 70 per cent of dementia cases — but do nothing to stop or slow it.

The failing streak has continued to dominate the first few weeks of 2018.

Last month, Merck announced it was ending a large Phase III trial of its Alzheimer’s medicine early, after a committee monitoring the trial said the medicine was unlikely to benefit patients in the earliest stage of the disease.

Merck had already stopped a trial of the medicine, known as a “beta-secretase inhibitor”, last year, after it failed to work on a group of patients whose disease had been classed as mild or moderate by doctors.

In an interview with the FT shortly before announcing the most recent failure, Rob Davis, Merck’s chief financial officer, said the company knew the drug had “activity”, but conceded there remained a question as to “how soon in the disease process you intercede”.

It turned out that even targeting patients who have only just started exhibiting symptoms was still too late for this particular medicine.

The next big hope is a drug being developed by Biogen, a biotech company based in Massachusetts. Its medicine, aducanumab, is designed to clear the brain of sticky plaques known as “beta-amyloid”, which accumulate in the brains of people with Alzheimer’s, and which some scientists blame for the disease.

Although Biogen’s drug appears to be able to remove those plaques, it is not yet clear whether doing so will result in a corresponding improvement in a patient’s brainpower.

The company’s two trials of aducanumab in mild patients, known as Engage and Emerge, are due to complete enrolment in the summer with a final result expected in 2020. The studies are being seen as an important test of the so-called “amyloid hypothesis”.

But Biogen also kicked off 2018 with some inauspicious news, after it announced that it was enrolling a further 510 patients in the trials.

The company decided to add the extra participants after it looked at early data from the trial and noticed what it described as “more variability on the primary endpoint”.

Both trials are blinded, meaning Biogen’s researchers cannot tell which patients are getting the drug and which ones are on a placebo, but concerns have been raised over their decision to enrol more participants.

Although such a move does not necessarily indicate the trials will fail, investors become wary when drugmakers move the goalposts in a middle of a study, and shares in Biogen declined by about 7 per cent after the announcement.

“Net-net we view this as a negative, as it highlights the inherent challenges in Alzheimer’s studies,” says Brian Abrahams, a biotech analyst at RBC, an investment bank.

If aducanumab does fail, it will provide more evidence for those who say focusing on the plaques themselves might be a red herring. They suggest that by the time the sticky deposits have built up, it could already be too late.

“If you get [researchers] at a table with a few beers they will admit we really don’t know what those plaques are doing,” says Sean Harper, the top scientist at Amgen, the world’s largest biotech company. “We don’t have any idea whether removing them is the right thing to do, whether it’s even deleterious, or if it’s just neutral,” he adds. “If you see pictures of an Alzheimer’s brain, a lay person can see it is already profoundly affected, perhaps beyond the point of no return.” Dr Harper is among those scientists who believes the best approach is to try to tackle Alzheimer’s before patients have even been diagnosed.

His company has a partnership with Novartis, the Swiss drugmaker, which is testing a drug in people with no outward signs of the disease, but who carry a gene that makes them more predisposed to developing it in the future.

This medicine, like Merck’s, tries to inhibit the enzyme known as beta-secretase, which is implicated in the formation of amyloid plaques.

“What we’ve been able to observe is that humans who have a natural resistance to beta-secretase enzyme activity also have an . . . eight-fold lower risk of developing Alzheimer’s,” says Dr Harper. “We continue to believe the target is very good but that you have to go earlier,” he adds. Some scientists tackling Alzheimer’s believe the whole amyloid hypothesis is flawed.

Other companies have focused their efforts on other pathologies thought to be involved with the disease, like brain tangles known as tau.

And start-ups like Denali and Alector, both based in San Francisco, are exploring microglial cells that provide the brain with its energy.

But many of these efforts are still in the very earliest stages: for now, at least, Alzheimer’s patients must hold out hope that the amyloid hypothesis still has promise.

It will be several years until they have anything approaching a conclusive answer to the scientific question, let alone a drug that is proven to work. 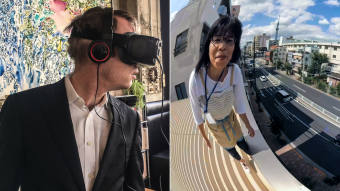