Like many people in business, Sara Menker is trying to fill a gap in the market. For the founder of agricultural data and analytics company Gro Intelligence, that gap is a looming global food shortfall that she says is equivalent to 379bn Big Mac hamburgers — more than McDonald’s has sold in its history.

Discussions about global food security often focus on how to satisfy World Bank projections of a 70 per cent increase in food demand by 2050. That date, says Menker, is “so abstractly far away that we don’t see the train wreck that’s coming in front of us”.

The crisis she predicts is a global annual deficit of up to 214tn calories, or 379bn Big Macs, by 2027. A combination of young populations and economic growth in Asia and sub-Saharan Africa could create an unbalanced world in terms of food supply and demand. This could be exacerbated by a possible reversal of India’s long-standing self-sufficiency in food, according to Gro forecasts, with the country joining China and Africa as a net importer of calories.

“How do you drive efficiency across farms locally to improve yields and production? It’s not like you just keep planting more,” Menker argues. “You have to build some efficiencies into the system.”

The implications of a planet unable to feed itself is why many are pushing for a change of attitude towards commercial farming in China, India and Africa, and to the approach to agricultural trading and shipping.

Where big data and artificial intelligence companies such as Gro are looking to play a role is by uncovering information and trends that send signals to the market. Such data could, for example, encourage the building of storage facilities to cut food waste at the farm level or help to price credit accurately. 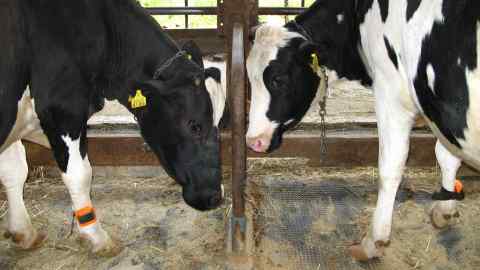 Born and raised in Ethiopia, Menker attended university in the US and landed a job as an energy trader with Morgan Stanley. The decision to start Gro in 2014 emerged as her interest switched from energy to understanding the global agricultural system.

Menker’s approach to the interdependencies of the sector — from understanding soils to government policies and trade deals — has shaped Gro. The company, with a team of more than 60 split between Nairobi and New York, has set out to create a map of supply and demand across commodities, countries and languages.

“Initially the thesis was where we could make the biggest impact and the longest-term opportunities: so, developing markets,” Menker says.

“The thing about developing markets is that they sit in a global market, and looking at agriculture in a fragmented way is dangerous — that is what we are trying to undo.”

Although it has spent much of the five years since its inception fine-tuning and testing models, Gro had an opportunity to prove itself during the 35-day US government shutdown between December 2018 and January 2019. This left market participants unsure when they would receive critical crop and livestock data.

Using its machine learning-based predictive models, Gro released its own version of the market-moving World Agricultural Supply and Demand Estimates (WASDE) report, which is published monthly by the US Department of Agriculture (USDA) but was delayed by the shutdown.

Gro has been critical of the WASDE report, saying last year it was based on a “forecasting model that is dangerously out of date” and jeopardised the stability of crops such as corn and soyabeans. Seth Meyer, chairman of the USDA’s World Agricultural Outlook Board, which produces the WASDE report, responded: “We don’t just let the computer tell us what the estimate is. Satellite imagery is not a replacement for farmer surveys or on-the-ground sampling.”

Gro had planned to release a “freemium”, or free basic, version of its service in March, but instead granted free access to its website during the shutdown. Menker says more than 1,000 clients signed up within four weeks, including some of “the world’s largest institutions”.

Beyond Gro’s calls for a more transparent and dynamic approach from the USDA, the recent episode highlighted broader concerns around transparency, reliability and ownership of data.

Menker is adamant that Gro should remain independent, to allow it to develop a broad and diverse ecosystem of clients and users. The company has two major backers — TPG Growth, an early backer of Airbnb, Spotify and Uber, and Data Collective, a California-based venture capital group with a penchant for big-data companies.

A challenge is the ability to “flow and combine” data with other market participants that could improve Gro’s value, says Bernard Engel, professor of agricultural and biological engineering at Purdue University in Indiana. “There are some fantastic data sets at different levels of government. If you can’t put together data from these entities, you are missing opportunities.”

Tied to the question of ownership is a bigger one about who benefits from new technologies and insights, and how quickly and deeply that proliferates in the industry.

For Keith Coble, professor of agricultural economics at Mississippi State University, the question of how big data affects small stakeholders is one he struggles with. “In some instances the economies of scale here are such that you’re not going to be able to use this technology unless you have a high-tech office,” he says. He adds, however, that big data could help create better insurance products for small farms in a development context.

“In some sense you will see the larger producer being the one to benefit the most, but I don’t think every aspect of this will benefit the large farmers only,” says Coble.

The cost and availability of financing and insurance to agriculture is one of the main concerns. The sector’s share of total global credit supply was just 2.9 per cent in 2017, according to the UN Food and Agriculture Organization. Menker says that in Africa, although 63 per cent of the population is in farming, less than 1 per cent of outstanding bank loans there have exposure to agriculture. Banks and insurers lack a clear understanding of a farm’s operations and may be reluctant to lend, or else do so at a punitive rate, she says. 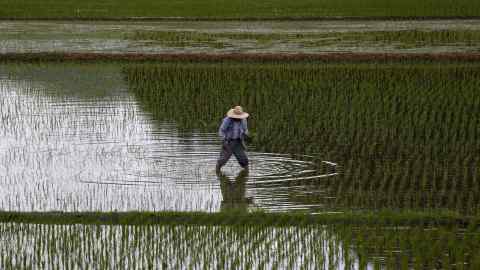 Gro works with “everyone in the agricultural ecosystem but the farmer”, Menker says, reeling off a list ranging from those who sell seed and other farm inputs to banks, insurers and food and beverage companies. “Our thesis is that you get the system around the farmer more efficient. So how the small farmer benefits from a product like ours, or how agriculture benefits from a product like ours, is when your cost of capital goes down.”

Other key questions are how private data are curated, their reliability and their statistical veracity, says Robbin Shoemaker, national programme leader for the Division of Agricultural Systems at the USDA’s National Institute of Food and Agriculture. “Data from private sources can be packaged and sold without any understanding of the quality of it. There could be big issues there when it comes to determining actuarially sound premiums for insurance,” he says.

Engel at Purdue University says increasing food production is going to require measures ranging from advances in agriculture, to insights provided by big data and analytics groups, as well as changes in consumption habits.

In the meantime, Menker says Gro will continue to promote its vision of a world where access to agricultural data is not a privilege of the few.

“One of the barriers to knowledge in agriculture is complexity — of language, of scientific knowledge, of the format in which the data is reported,” she says. “If you take away that complexity, you can increase the base knowledge across the ecosystem. By doing that can you make our markets a lot more efficient.”