Paul Ewart, a distinguished member of Oxford’s physics department, had no desire to leave when he reached the university’s then mandatory retirement age of 67 (it has since been raised to 68). He applied for a two-year extension, which he received. At the end of that he applied for a further extension and was refused. So he sued Oxford for age discrimination and won.

Age discrimination is illegal in the EU. But unlike other forms of discrimination, such as race or gender, age discrimination is allowed if it can be “objectively and reasonably justified by a legitimate aim”. Oxford said that its mandatory retirement age, and its caution about extending it, was justified on several counts, including “intergenerational fairness”, or opening up opportunities for younger academics, and promoting diversity — old professors were more likely to be male and white than those angling to replace them.

The UK employment tribunal dismissed these arguments at the end of 2019. There were ways to create vacancies other than compulsory retirement, it said. The increase in vacancies generated by forcing older academics out was “trivial in comparison with the discriminatory effect”. And there could hardly be anything more discriminatory than “being dismissed simply because you hold a particular . . . characteristic”. 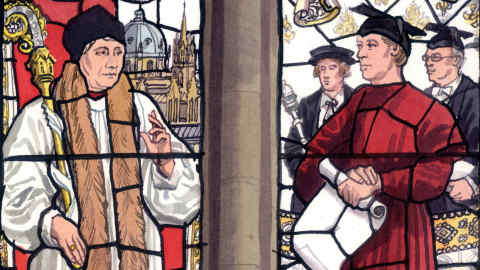 This finding is not conclusive because Oxford won a similar case in 2018 against an English professor whom it forced to go. But at least Oxford is honest in having a mandatory retirement age and attempting to justify it. Many organisations have other ways of persuading older staff to leave. The tribunal in the Ewart case heard that US universities had no retirement age but gave older professors “financial inducements” to go. “That was said to be a costly process,” the tribunal observed.

Many UK companies do the same, although the financial inducements are often less attractive. Their human resources departments have legally vetted ways of indicating that older staff are no longer wanted. Yet many employees whose companies want them gone would prefer to stay. They are living longer. At the age that companies try to ease them out, they may feel they still have 20 years or more ahead of them.

Hours spent in the gym or the pool and sensible eating mean they are often still in excellent health. Office employment is easier on the body than the manual work their forebears did. Most people eventually need glasses as they age, the menopause hits some women hard and men often struggle with the design flaw that is the prostate gland. But other than that, many 65-year-olds today feel no different to the way they felt when they were 45. Work provides interest and social contact. Why would they want to leave?

Yet most companies have few strategies beyond hoping their older staff clear off. Stuart Lewis, founder of Rest Less, a jobs site for the over-fifties, pointed out to me that while employers are increasingly devising diversity policies on gender, ethnic background or sexual orientation, few have anything to say about age.

That inertia is unlikely to be tenable for much longer. Wealthy societies are ageing. In the OECD countries, the ratio of over-65s to those aged 15-64 is expected to rise from one in four in 2018 to two in five by 2050.

Over the decade to 2018, the labour force participation of 55-64 year-olds in OECD countries rose 8 percentage points to 64 per cent. Even so, people are retiring earlier than a previous generation did. In most member countries, “the effective age at which people exit the labour market is still lower today than it was 30 years ago, despite higher remaining years of life”, the OECD said.

Future cohorts of older workers will have an even greater incentive to hang on than those reaching traditional retirement age now. While many of today’s pensioners live financially straitened lives, others have benefited from buying properties when they were affordable and have generous pensions. Those behind them had neither of those advantages. It won’t just be stimulus they will be seeking from future employment. They will need their jobs to survive.

There are many options for dealing with older employees while still providing incentives for younger ones: sideways moves, consulting projects, part-time working. If you are a company leader or an HR executive and you haven’t been thinking about this, you had better start. Or prepare to spend more time in court.

Later-life working should be part of a more general approach to planning / From Prof Wendy Loretto and Dr Laura Airey, University of Edinburgh Business School, UK