Bank of England governor Mark Carney called data the “new oil” and, for many companies, finding a way to exploit an economy built around the proliferation of data offers fresh business opportunities.

Some established businesses have integrated data into their operations to hone their services — and new companies are springing up to help them exploit these information flows.

One of Britain’s best-known high street names, the Boots pharmacy chain — part of international retail giant Walgreens Boots Alliance — is a good example of how large companies are integrating data into their operations.

Boots uses several different types of data in various parts of its business, from the information it collects about customers’ shopping habits via its loyalty cards, to official demographic and population statistics which help guide its choice of where to locate stores.

It also uses data from third parties and open data sets — information that has been made publicly available for general use.

“In the last decade we have witnessed a big shift in attitudes towards data, not just from our partners, customers and internal stakeholders, but crucially from business leaders too,” says Tom Patterson, senior geospatial analyst at Walgreens Boots Alliance.

“The way that every piece of information can be utilised to guide decisions and produce a more informed and efficient business, with better products, offers and experiences for customers has been particularly obvious in recent years.”

Boots now has a dedicated team of developers who source and gather data, check it for accuracy, ensure it meets legal requirements in areas such as privacy, and produce reports for the company’s various departments.

An important part of the data economy is the companies that have been set up specifically to exploit rafts of information.

One such is Hometrack, a research analysis company bought last year for £120m by the property portal Zoopla.

Alex Chesterman, Zoopla’s founder and chief executive, wants to use Hometrack to turn the portal, whose fundamental business is showcasing estate agents’ property adverts, into a more comprehensive source of information for home buyers and tenants.

Hometrack’s automated valuation model draws on data sets such as sale price statistics and local area characteristics to produce an instant assessment, without the need to send a physical valuer to visit the property.

Its clients include mortgage lenders, housebuilders and investors, all wanting to gain an edge in the property market.

Not every business has the scale and heft of Boots or the niche specialism of Hometrack, though. For many organisations, collecting and analysing data themselves is too hard.

For these businesses, commissioning an external consultancy is often the easiest way to bring data analysis into their decision-making — and so teams of data scientists and engineers are springing up to offer those services.

It has an annual turnover of £1m and employs eight people, working primarily for public sector bodies such as education authorities and local councils. It analyses school registration data, for example, to forecast children’s special educational needs in the coming years, enabling authorities to more efficiently recruit and finance specialist teachers.

“The typical local council is not in a position to do this kind of analysis themselves,” says Ms Bennett. “People have become more convinced about the merits of using data — I have fewer conversations about ‘what is this data thing and why should I care?’ — and there is more of an expectation now that if you are a senior business leader then you are going to use data.”

With demand from companies booming, one big challenge is finding people with the right skills to do the analysis, Ms Bennett says.

“A lot of the work isn’t just about understanding what is technically possible, but asking the right questions and delivering results fast. Technically skilled people don’t necessarily ask questions about the quality of the data, where it has come from and being cautious about the conclusions you draw — that is important.”

It is not just small companies that struggle with this staffing challenge. Boots’ Mr Patterson says that finding people with the right combination of skills was a challenge, too.

“We principally want to recruit individuals who are more than just data people — we want storytellers, capable of translating data into meaningful insights,” he says.

Boots does not look primarily for technical coding skills, such as the programming languages R and Python, because “they can be taught”, he says.

Instead, “prospective candidates need to have an innate curiosity and great relationship-building skills so they can bring data alive”.

As a result, Mr Patterson adds, Boots likes to grow its own data talent: “We have found a lot of success in recruiting entry-level analysts, usually graduate, and then building their business experience through internal moves, which also helps to preserve key skills, knowledge and our culture.”

Boots’ recruitment tactics highlight one of the most fundamental challenges for every business today: integrating information flows into day-to-day operations.

It is a task that will only become more pressing as the new data economy evolves. 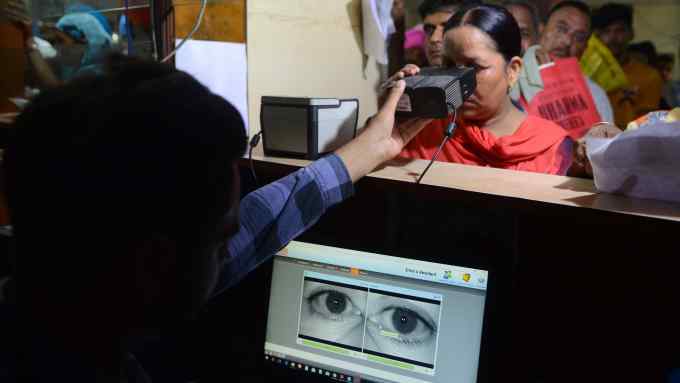