Financial markets and economists have rarely been at greater odds over the global economic prospects for the coming year. Everyone expects the world economy to perform worse, but they dispute the extent to which this is a temporary slowing or the start of a slide into recession.

Sharp declines in global stock markets and oil prices point towards some trouble ahead for the world economy. US bond markets are looking uglier still and suggest the US is heading for recession. But most economists remain stoic and see no immediate crisis. The three economic giants, the US, Europe and China, will continue to grow, they say. US Federal Reserve chairman Jay Powell, recently summed up the mood, saying markets were “well ahead of the data” in pricing in “downside risk” to the US economy.

With both financial markets and economists having access to the same information, attitude to data explains most of the difference of view. Financial market participants see their great advantage as being forward looking and able to react quickly because they have no attachment to their past predictions. Sharp declines in indicators of business confidence, Chinese and European demand and US profits towards the end of last year have rocked faith in market prices, which were set for continued rapid global growth.

Crude oil prices fell 40 per cent from October to December as traders added concerns over demand to evidence of increasing supplies. Investors in China were also licking their wounds after equity prices, measured by the Shanghai Composite index, fell 25 per cent in 2018, dropping to its lowest level since 2014. Other stock markets were not far behind with the S&P 500 having fallen more than 10 per cent in the final quarter, with European equities off almost as much. In bond markets, traders think it more likely that the next US interest rate change will be a cut rather than a rise.

Lawrence Summers, former US Treasury secretary, has noted that the “overall judgment of financial markets is that recession is significantly more likely than not in the next two years.” Economists, by contrast, view themselves as being less prone to herd mentality than financial markets and, thus, not given to over-reaction to every twist in the economic data or events.

Partially in agreement with finance, they say there is little doubt that the global outlook became darker in 2018 with economic performance deteriorating since the spring. Turkey and Argentina, the two economies at the sharp end of an emerging markets confidence crisis last summer, are likely to contract this year. But the wider outlook is not as weak as portrayed in financial markets.

Average forecasts for global growth (see chart) in 2019 have declined from a little under 3.3 per cent, when made in the summer of last year, to about 3.1 per cent for forecasts made at the end of the year, says FocusEconomics, a consultancy which collates private sector forecasts. But that remains far better than a slide into recession. Even with many countries, including Germany and Japan, recording third quarter contractions, economists say significant 2018 data swings were caused by one-off events. These included unseasonal weather and the introduction of new regulations for the car industry.

Most economists note risks ahead, and understand the concerns of business, but do not yet see flashing red recession warnings. Holger Schmieding, chief economist of Berenberg Bank, says “ten years after the post-Lehman mega-recession, we do not yet find major credit, inflation or investment excesses in the developed world that would require a cleansing recession within the next two years.”

The past errors of market and economist forecasts are symmetrical and opposite. The famous quip by economist Paul Samuelson that stock markets predicted nine of the past five recessions is matched by economists’ regular failure to spot a downturn until well after it has started. But together, economist and financial market views combine to present a picture of a difficult year, full of risks, including the possibility that market distress becomes a self-fulfilling prophecy. 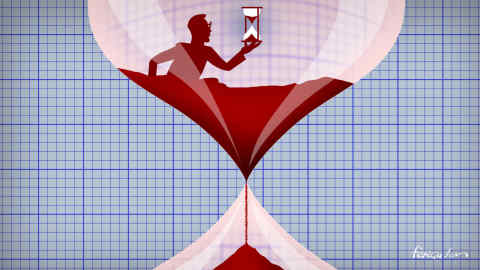 Economists are still confident that the financial markets at the end of 2018 overshot and give too negative an outlook. Catherine Mann, Citi chief economist, says if you ignore trade wars and other policy difficulties, domestic economies appear sufficiently resilient to counter the contractionary forces of financial turbulence. “Consumption and investment remain strong, supported by labour markets that are the most robust in decades,” she adds.

Some argue that recent market moves have not been indicators of recession in the offing. Oil price declines have been largely due to additional supply being pumped, says Adam Slater, an economist at Oxford Economics. A fall in oil prices because of “supply-side factors”, he adds, “would tend to support consumer incomes and boost world GDP”.

Central bankers and governments around the world have also made it clear that they are not seeking to limit growth and are willing to loosen policy if the data remain weak.

While these pledges must provide some reassurance, 2019 is experiencing a more nervous start than any year since the end of the eurozone crisis in 2012. Given the febrile state of contemporary politics, few in markets or economics are confident about their outlooks for the year. 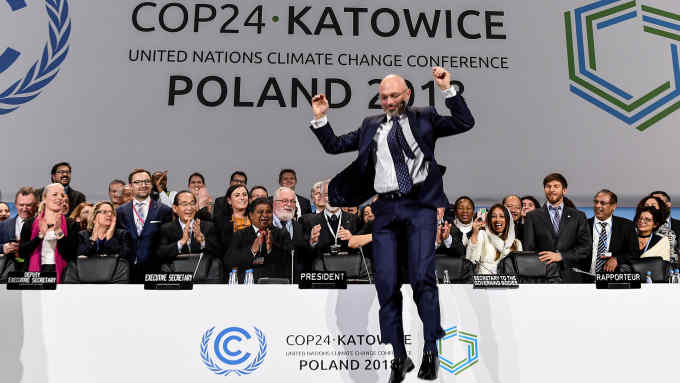