Global equities have suffered their worst week since the ructions in March, with Wall Street’s tech titans among the latest casualties in a sell-off attributed to caution over coronavirus and the US election.

Renewed virus-related lockdowns across much of Europe and the final stretch of the hotly contested US presidential campaign have contributed to an uptick in financial market volatility this week, with further losses on Friday.

The MSCI All Country World index of global equities fell 1.2 per cent, leaving it down 5.3 per cent over the five sessions, its steepest weekly sell-off since concerns about coronavirus gripped markets in March.

The US S&P 500 closed down 1.2 per cent after a choppy day’s trading, to end the week 5.6 per cent lower. The tech-heavy Nasdaq Composite was 2.4 per cent lower and down 5.5 per cent for the week following quarterly results from some of the sector’s largest companies.

Alphabet, Amazon, Apple and Facebook all beat analysts’ expectations, but share prices of the quartet have soared this year and investors took money off the table. Facebook shares fell more than 6 per cent, while Amazon and Apple slid more than 5 per cent.

“The market turned decidedly cautious this week,” said Candice Bangsund, vice-president and portfolio manager at Fiera Capital, adding that rising coronavirus infections called into question the path forward for the global economy. “Investors are likely to remain on edge in the near term,” she said.

Data from the eurozone released on Friday highlighted the uncertain outlook as the spread of coronavirus accelerates across the continent. The bloc sank into its third consecutive month of deflation in October, with prices of consumer goods slipping 0.3 per cent year on year. The eurozone’s five-month labour market recovery abruptly ended in September, with jobless numbers rising by 75,000.

Global coronavirus case counts have continued to increase rapidly, with governments reporting more than half a million new cases on Thursday, bringing the cumulative total since the crisis began above 45m, Johns Hopkins data show.

Heightened concerns over the trajectory of the world economy and the effect of new coronavirus restrictions on the demand for fuel has also dealt a blow to the price of crude oil. Brent, the international benchmark, slipped 1.7 per cent on Friday to $37 a barrel, shedding a tenth of its value over the course of a choppy week.

The Vix index, a measure of expected volatility in the US stock market over the next month, climbed to almost 40 on Friday, double its long-run average. Analysts say the increase in the so-called “fear gauge” reflects uncertainty over the outcome of next week’s presidential election.

“As election week approaches, markets are now focused on what could go wrong,” said Joyce Chang, global research chair at JPMorgan, in a note to the Wall Street bank’s clients. 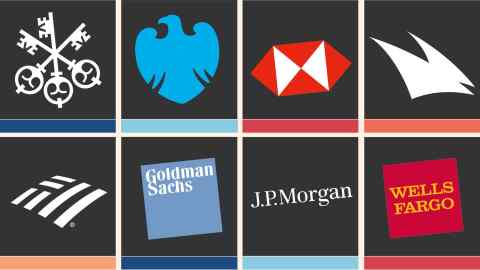 “The market has to prioritise its anxieties and right now it’s on overload,” said Quincy Krosby, chief market strategist at Prudential Financial, citing concerns that a contested presidential election may lead to civil unrest.

“We could see pockets of civil disobedience. That has been feeding into an already jittery market,” she said.

Still, the fact that bond prices had not substantially climbed indicated that traders were not yet “fully de-risking portfolios” and the equity market might rebound swiftly after a temporary “risk-off episode”, said George Lagarias, chief economist at Mazars.

“It makes sense to be fully neutral ahead of next week,” said Max Gokhman, head of US asset allocation for Pacific Life Fund Advisors. “Although there is a fine line between prudence and panic.”