Probably the best brickmaker in the world...

In Denmark, Christian A Petersen – the ‘Armani of bricks’ – is building a legacy block by block

It probably shouldn’t come as a surprise but the land that gave us Lego is also home to a man who has a fair claim to making the best bricks in the world. “All my life, I have only dreamed about making bricks. Even my father didn’t think it necessary for me to graduate high school – I went straight to work in the factory beside our home,” recalls Christian A Petersen, who calls himself the “Armani of brickmaking” and is the seventh-generation owner of brickmaker Petersen Tegl A/S. “Today, everyone tries to copy my bricks.”

Petersen Tegl was founded in 1791 upon the abundant clay beneath the Broager Peninsula beside Flensborg Fjord in Jutland. Petersen took over when his father died in 1969. “He’d been making extruded [wire-cut] bricks, but I was inspired by a Dutch company that was casting clay in wooden forms lined with sand – like you’d line a cake tin with flour. No one knew about this in northern Germany or Denmark. That’s when we began to raise our prices.”

The way Petersen tells it (with a wink), this price hike was essentially down to poor arithmetic. The company is now highly secretive about its prices, which vary depending on quantities ordered and the specification, but cost not merely double, but “several times” the price of those produced by others. At last count, they were sold in 48 countries, and last year the company had a turnover of DKr250m (£28.9m).

There were once dozens of brickmakers on the fjord. Now just a handful survive. So how has Petersen flourished? “When you travel the world and look at old buildings and streets, they are beautiful, they are hyggelig, because they couldn’t get consistency in bricks back then. But that’s why they are charming. That’s why we fire our bricks with flames and coal so they are never the same size or colour.” Together they have an almost hypnotic effect, with a warmth and nuance alien to standard bricks. They shimmy. They move.

A paradigm shift in Petersen’s business came with a collaboration with Swiss architect Peter Zumthor on the Kolumba art museum in Cologne in the early 2000s.

“The museum was to be built over Roman ruins, and Peter contacted me to ask if I could make a brick like the Romans – long and thin. I did a calculation in my head about the size of the wooden moulds and shrinkage, and told him I reckoned I could make one around 53cm long.”

What would become known as the Kolumba brick (which now constitutes 15 per cent of the company’s production) required the construction of a special gas-fired oven, and was fraught with difficulties to produce. “When we opened the oven for the first time, the bricks weren’t all the same light grey colour – some were green or yellow, oxidised, and they were crooked. I informed Peter of the problem but he needed them immediately to build a wall at the [2000] Venice Biennale, so he asked me to send them anyway.”

Zumthor, of course, loved the mistakes. The challenge then was to figure out how to reproduce the firing error another 280,000 times to fulfil the order for the museum. “It cost me about a million euros to figure out, but it’s the best million I’ve ever spent. Kolumba changed my life,” Petersen says.

His Kolumba bricks, now produced in 33 shades, can be spotted around the world: they have been used in the Museum of the Bible in Washington; the WAP Art Space in Seoul; the Gagosian gallery and The Lighterman restaurant in London. In Copenhagen, a darker version of the bricks was used inside and outside the Royal Playhouse Theatre, whose auditorium has universally admired acoustics. Another starchitect team with which Petersen has collaborated is Olafur Eliasson and Sebastian Behmann. Their Fjordenhus in Vejle Fjord, Jutland, showcases 15 shades of Petersen’s lower cost “D” bricks.

Peter Guthrie, a founding partner of New York architects DDG, has worked with Petersen’s bricks on three projects in the city and describes him as a “joy to collaborate with”. Guthrie was drawn in part to the thumb prints left by workers on every brick. That personal touch extended to the company owner: “Christian was such a pleasant surprise, greeting us in his little cottage in the middle of the brickworks where he showed off his prized bonsai collection.”

The company’s reputation even drew Frank Gehry to visit Broager. “He was looking at a project to build Sonderborg harbour and we went for a drink,” recalls Petersen. There was also a visit by Danish Queen, Margrethe II, who after her visit was quoted by a Danish newspaper as stating: “Petersen is a company that one either runs away from screaming after 30 minutes, or stays with for the rest of one’s life.”

Christian’s daughter Annette, an architect who runs the company’s Copenhagen showroom with her husband Peter Zinck, says the cryptic quote captures the spirit of the company. “We have no job titles or descriptions. My father totally doesn’t care what other people think about him,” she laughs. “He treats everyone the same – whether it’s Frank Gehry or one of the 140 employees. He’s not interested in people’s CVs. At job interviews, he just has a beer with you, and makes up his mind there and then. If you are used to working in a very hierarchical structure, then that might be difficult.”

Christian turned 80 in June and still lives in the house beside the factory overlooking the water where he was raised. He retains 51 per cent ownership of the company, with the rest divided between his two daughters, and his grandchildren’s involvement looks set to ensure it lasts to a ninth generation. He continues to work full time, clocking in at 7am every morning, with no intention of retiring: “Maybe when I get to 95,” he says. “Maybe then I might go part-time.”

READ MOREFind your happy space: the HTSI property special
Sales in the city: how New York and London brought back buyers 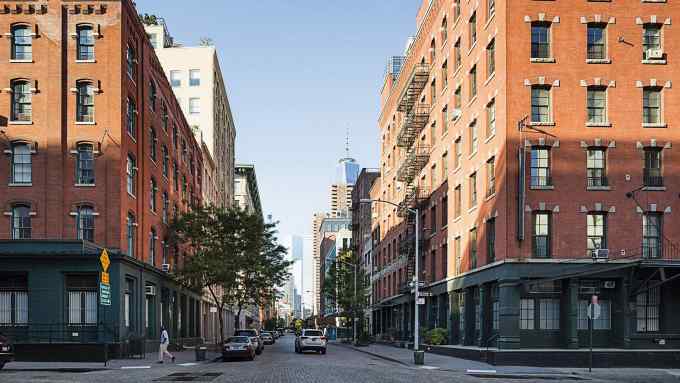