Opioid executive admits to ‘no morals’ ahead of prison term

We’ll send you a myFT Daily Digest email rounding up the latest US opioid epidemic news every morning.

This story is outside the FT’s paywall (you do not need a subscription to access it) so it can be shared freely.

US pharmaceutical executives have been put on notice that they could be held criminally liable for fuelling America’s epidemic of opioid addiction, after the founder of the drugmaker Insys was sentenced on Thursday to five-and-a-half years in prison for masterminding a scheme to bribe doctors to prescribe a dangerous painkiller.

Using laws designed to catch mob bosses, prosecutors secured the conviction of John Kapoor and six other Insys executives and employees last year on charges including racketeering conspiracy. The company funnelled money to doctors to boost sales of Subsys, a painkilling spray containing fentanyl, an opioid 50 to 100 times stronger than heroin.

Earlier in the day, Alec Burlakoff, Insys’s former head of sales, received a 26-month sentence for the same charges. Michael Babich, the former chief executive, has been sentenced to two-and-a-half years.

The prison terms have been handed down as other opioid makers and distributors are being criminally investigated and prosecutors are aiming to hold executives accountable in a pharma industry that has frequently dismissed fines as a cost of doing business.

As part of a joint investigation between the Financial Times and the PBS series Frontline, Mr Burlakoff spoke to journalists under the supervision of federal prosecutors in Boston. The interview took place last year, on the condition that it was only published after sentencing.

Acknowledging that he did not have “morals, ethics and values” and that he did his job knowing the scheme orchestrated with Mr Kapoor was illegal, Mr Burlakoff said he still had “no idea that criminally there would be consequences . . . I don’t want to go to jail. Who wants to go to jail?”

He described his thinking: “Not only is the company going to get fined an astronomical amount of money, which I’ve seen a million times, but worse case scenario, which I’ve never seen before, they might actually take my money.”

Subsys was approved for cancer patients already taking opioids who were experiencing the sharp pangs of what is called breakthrough pain. But the vast majority of doctors Insys targeted were not oncologists.

Mr Kapoor, now 76, is a serial pharma entrepreneur who emigrated to the US from India in his early 20s. He founded Insys in 1990, and the company received regulatory approval for its fentanyl spray in 2012. Since then, hundreds of deaths have been linked to the drug.

As the US reels from an opioid crisis that has turned 2m Americans into addicts, according to the Centers for Disease Control and Prevention, Insys and Purdue Pharma — a company owned by members of the billionaire Sackler family, which makes OxyContin — have both gone bankrupt under the weight of legal liabilities. Other opioid makers and distributors are trying to negotiate a settlement deal with state and local governments.

Speaker programmes sponsored by drug companies are common practice, paying doctors to educate their peers, but Mr Burlakoff described how Insys went far beyond what was legal to create a quid pro quo with those who prescribed its painkiller. Some 13 medical professionals have already been charged and some have served jail time.

Are there other people doing the exact same thing . . . right now? Absolutely

Under the scheme, doctors could earn up to $125,000 a year in “honorariums” for speaking about the drug at events that were often simply dinners with sales reps and the prescriber’s own friends — or that sometimes did not happen at all. At the executives’ trial in Boston in the spring of 2019, prosecutors presented a spreadsheet Insys used to show the return on investment of speakers’ payments.

Mr Kapoor insisted on receiving a minimum two dollars of revenue from the drug for every dollar it spent on doctors, according to Mr Burlakoff.

“He insisted on being able to draw a direct correlation between the dollars we pay the speaker and the number of dollars we received back via prescriptions that they prescribed,” Mr Burlakoff said.

Mr Kapoor’s lawyers did not respond to a request for comment. In a court filing, they argued their client was portrayed as a “caricature” of a mob boss, rather than an “immigrant success story” who developed the drug after seeing his wife die from cancer.

The court heard how Insys sales representatives also pushed doctors to increase patients’ dose of Subsys, a medical practice known as titration, because higher doses generated more revenue. Prosecutors said that it was tantamount to bribing doctors to overdose their patients.

The callous culture was demonstrated by an internal video played to the jury, in which Insys sales reps perform a rap about the drug while a man dressed as a giant Subsys bottle dances around. “I love titration, yeah, it’s not a problem,” they rap. “I got new patients and I got a lot of them.”

At the end, it is revealed that Mr Burlakoff is inside the costume — though he claimed he was not wearing it for the entire video.

“I realise how gross and disgusting and offensive it is now, but I was just so impressed with the work and the money and the detail that they put into it, I was like, emotional,” he said.

Mr Burlakoff said at first he admired the video but now views appearing in it as one of his biggest mistakes.

“I showed it to my wife and my kids and they enjoyed it. They didn’t know anything about Subsys or titration and that patients were actually dying as a result of it.”

Do you have personal or professional experience with Subsys or Insys?

If you have an insight or tip that may inform our reporting, we would like to hear from you. You can reach the FT’s reporter confidentially at hannah.kuchler@ft.com. If your information is particularly sensitive, consider contacting us using one of these secure methods.

While pharmaceutical companies are frequently fined by regulators, it is rare for executives to go to jail. In all, seven Insys executives and employees were found guilty of racketeering conspiracy, an offence introduced in the 1970s to pursue organised crime, as well as charges of wire fraud conspiracy and mail fraud conspiracy. As well as Mr Kapoor, Mr Babich and Mr Burlakoff, they include Richard Simon, national director of sales, and Michael Gurry, who oversaw the unit responsible for getting reimbursements from insurers. Both received sentences of 33 months. Two regional sales managers were also convicted.

Convictions for honest services fraud and violations of the Controlled Substances act were overruled by the judge in November.

The use of the Racketeer Influenced and Corrupt Organizations act placed criminal liability for misdeeds on the people at the top of outfits such as the mafia and, more recently, other organisations, including in the Fifa football corruption case in 2015, where several officials pleaded guilty to the charge.

While criminal cases against corporate leaders are still very rare, there has been a rapid expansion in civil suits attempting to use the statute; it is one of the charges in a case against other opioid makers and distributors.

Jeff Grell, a lawyer from Grell Feist, said that in “a normal criminal case, you essentially have to have blood on your hands, pulling the trigger, robbing the money, selling the drugs. Under Rico, that’s not necessary. Rico seeks to impose liability on persons who are knowingly operating and managing the people who are directly committing a crime.”

FT Magazine
Nan Goldin on art, addiction and her battle with the Sacklers over opioids 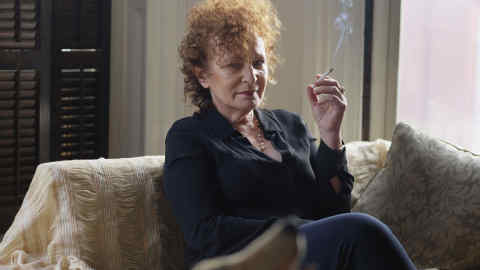 Fred Wyshak, one of the federal prosecutors who led the Insys case, began his career prosecuting a mob family he compared to the Sopranos, and he later helped convict James “Whitey” Bulger, an Irish-American organised crime boss in the Boston area, of being complicit in 11 murders. He said he hoped the Insys convictions would encourage other prosecutors to consider similar cases.

“If you’re in business and you can make billions of dollars and then pay a fine [of] maybe a fraction of that, you’re earning a profit by engaging in criminal activity,” Mr Wyshak said.

Nathaniel Yeager, head of the Massachusetts healthcare fraud unit, added that the convictions should send a message to drug industry executives that “their conduct is going to be treated just like any other criminal conduct”.

Since making his deal to assist federal prosecutors, Mr Burlakoff said, he had been trying to take responsibility for his actions — but he insisted Insys was not alone in the pharma industry.

“The reality of the matter is, I made terrible mistakes, I’m in trouble for it, I’m paying the price,” he said. “Are there other people doing the exact same thing I’m doing, right now? Absolutely.”

Inside a callous culture: Alec Burlakoff in his own words

These were individuals, according to the former sales chief, driven to hunt for “whales”, doctors they could persuade to prescribe large amounts of Subsys. Whereas at other pharma companies, reps often have quotas for how many doctors they visit a day, at Insys, they focused their time on their biggest targets.

“You’ve got to find their hot button, whatever makes them tick,” he said, of how reps’ approached doctors.

“If they’re going through divorce, maybe it’s not money — maybe it is money, because divorce can be very expensive — but maybe it’s not about money. Maybe it’s just that they need somebody to talk to,” he said.

“And it sounds ruthless. And it is ruthless, that we would target someone that’s in distress in an effort to take advantage of them.”

This story is part of an ongoing joint investigation between the Financial Times and Frontline on the opioid crisis, which includes an upcoming film

So who did Mr Burlakoff want on his team? One regional manager, Sunrise Lee, who was this week sentenced to a year in jail, had been a stripper. “Do I know that sex sells?,” Mr Burlakoff said. “Absolutely. Do I know that people [would] rather . . . buy from someone who’s attractive? Absolutely I know these things,” he said, but that was not central to hiring reps.

“I was not nearly as concerned at hiring a former Playboy model or a former exotic dancer as I was truly asking the right questions in the interview process, and assessing whether or not they had what I call, unfortunately, a killer instinct: almost no conscience.”

Mr Burlakoff said he personally imagined he was “selling a widget”, and did not think about the consequences.

“I thought that I needed to compartmentalise these different things: the opioid epidemic, the people suffering, the addiction, the deaths, the caregivers, the parents.”