Dark Sunshine is proud of his country — and keen to take on its detractors.

“China has become a strong nation and I want the whole world to see this,” says the 23-year-old recent graduate, one of millions of young nationalists who prowl social media to rebut criticism of their homeland. He would only use his online moniker.

While Russia has traditionally relied on bots to push its agenda online, China’s Communist party has raised a volunteer troll army of real people, most of them young men, to go online and attack its enemies.

For years, China’s nationalist trolls were known as “50 cents”, or wumao, for the Rmb0.50 they were said to earn for each patriotic post. But more recently a new breed of volunteer warrior has emerged, nicknamed the “bring-your-own-rations wumao” for their willingness to work without pay. Some like to call themselves “little pinks”, a name derived from the colour of a popular online forum used by nationalists.

With nationalism on the rise, fuelled by China’s economic ascent and perceptions of western decline, the propaganda drive has gone global. “Tell the China story well and build China’s soft power,” President Xi Jinping urged delegates at the party’s 19th congress in October.

State media have rapidly expanded their overseas operations, while the government has pushed patriotic videos on western social media platforms.

Over the past two years Beijing has set up initiatives to encourage the “good netizen” who spreads positive messages about China, such as the Communist Party youth league’s “Volunteer Campaign to Civilise the Internet”.

The youth league urges these web warriors to steer online discourse in a patriotic direction. The little pinks have become the most vocal members of a social media community inhibited by government censorship. “If you don’t repost this, you’re not really Chinese,” is their war cry.

“One of the central terms used by Xi is that of ‘spreading positive energy’,” says David Bandurski of the China Media Project, a Hong Kong-based research centre. “This is the idea that all Chinese should spread positive messages about their own society in order to help China advance its development.”

But China’s young nationalists do not always exude such positivity. Some co-ordinate “mass bombings” of public figures’ social media platforms, flooding targets with intimidating posts and shutting down online debate.

China is not as bad as it sounds from the mouths of Americans. I hope you can become a little pink too

“Big attacks will have pre-agreed slogans, memes and a start time, and labour will be divided into groups, such as teams for enforcing internal discipline and for helping people get access to blocked websites like Facebook,” says Kate Yuan Tian, author of a Yale Law School paper on the little pinks.

The party also stokes the fire, arming the little pinks with memes — shareable images and video-clips — produced by state agencies as well as private studios.

Wanning Sun, professor of media at the University of Technology Sydney, has branded this “indoctritainment”, and says the government sees no paradox in allowing commercial outfits to promote state socialism.

Examples of such memes include That Year, That Rabbit, Those Things, an allegorical cartoon series in which a cute rabbit representing China’s Communist Party is bullied by animals such as the American bald eagle.

The most irreverent little pinks belong to the “Emperor’s Board”, an online forum followed by 29m people, where “crusades” are co-ordinated. China's troll army also organises via private groups on Facebook — which is blocked for the general public. The most popular of these has 40,000 members, who must express their support for the party’s “One China” policy and declare they are Chinese before joining.

Their targets are varied, from Taiwan’s pro-independence president to international airlines accused of mistreating Chinese customers. Lady Gaga’s Instagram account was targeted last year after she met the Dalai Lama, the exiled Tibetan spiritual leader whom Beijing denounces as a separatist.

In one campaign against Taiwanese pro-independence newspapers and President Tsai Ing-wen last year, memes ranged from scenic photos of the mainland, stamped with the watermark “against the illness of Taiwanese independence”, to cartoons with the caption “So ugly and still copying others to urge independence, stupid c***”.

Their most recent major offensive, in September, was on the Chinese University of Hong Kong’s Facebook page after students in the semi-autonomous territory put pro-independence posters up on campus.

“The Emperor’s Board is going into battle,” read a post on an online nationalist forum. It set the time for the operation, and the reason: “Hong Kong is a part of China”. On the CUHK page that night, pro-independence comments in the discussion threads were outnumbered by nationalist threats, such as “tonight the Emperor’s Board will come find you”.

The aggression of the online responses may mask other issues. A recent study by Berlin-based think-tank Merics found nationalists were more likely to be dissatisfied with their personal economic situation than other online groups.

But many, like Dark Sunshine, say they just want to extol the virtues of their country. “China is not as bad as it sounds from the mouths of Americans,” he says. “I hope you can become a little pink too.” 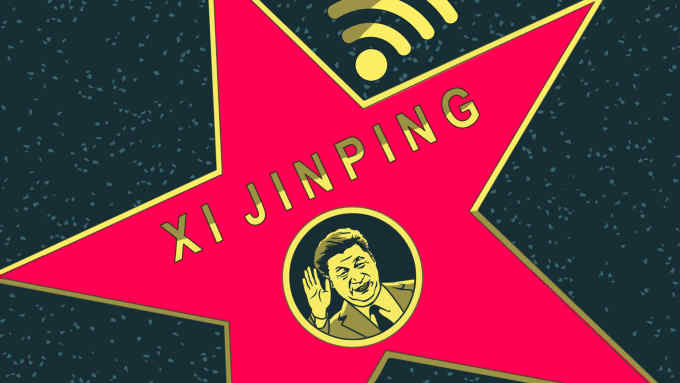