After phones, cameras and taxis, Silicon Valley is looking to disrupt a rather more mundane American mainstay: fast food.

Start-ups are trying to revolutionise the food industry and have received hundreds of millions of dollars in funding from venture capitalists to do so.

Many are motivated by a desire to wean humanity off meat and other foods that have big environmental and social impacts, whether in the methane emissions and land use of cattle herds or additives in typical processed food.

“The traditional food system is broken in every way,” says Seth Bannon, founding partner at Fifty Years, an early stage venture fund in San Francisco that has invested in food technology companies. “It’s terrible for the environment, it’s economically unfavourable and it’s not great for human health.”

The best-known of these would-be disrupters is also the most extreme in its approach. Soylent was founded in 2013 by a group of Silicon Valley engineers trying to cut the time and money they spent buying and preparing food. The company has expanded from producing a powder that was mixed with water to ready-made drinks and nutritional “food bar” snacks.

The company takes its name from a 1966 Harry Harrison science-fiction novel Make Room! Make Room!, which explores the impact massive population growth could have on world resources. In the book, “soylent” is made of soy and lentils and is used to feed the world. A film version in 1973, Soylent Green, took this theme further by portraying the main global food stuff as dead human beings being sold as biscuits.

The Soylent company, now based in Los Angeles, says its “intelligently designed” food offers “affordable, complete nutrition”. A serving of its deliberately tasteless gloop costs as little as $2.

“It’s not surprising to me that Soylent has become the darling of Silicon Valley and computer programmers,” says Amy Bentley, a professor of food studies at New York University. For one thing, she says, it does away with the social interaction that food often involves but tech nerds are not renowned for. “You don’t have to talk to people, you can just fuel.” 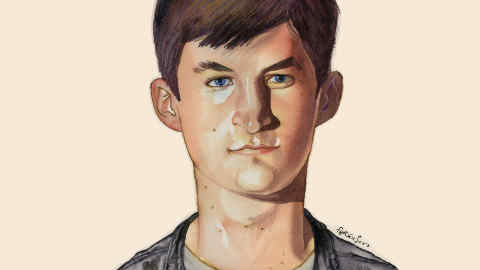 However, Soylent has also illustrated some of the hazards of pioneering new food. Two months after they first went on sale, Soylent halted sales of its food bars after some customers said they had caused episodes of violent vomiting, and in October removed its powder drink from sale for the same reason.

Soylent said that while its tests had come back “negative for food pathogens, toxins or outside contamination”, one ingredient, derived from algae, may have triggered intolerance. A new formulation will be released next year, sooner if possible.

“We are just beginning to learn about what our bodies need,” says Ms Bentley. “Turns out when we try to engineer stuff, we figure out nature did it pretty well in the beginning.” She adds: “Humans need variety.”

“The idea is that Ambronite can be any meal, says its co-founder Simo Suoheimo, “ but the idea is not to replace every meal.”

Ambronite has received $600,000 from backers, including a co-founder of YouTube, Jawed Karim, and Lifeline Ventures, while Soylent has raised more than $20m. But other food technology companies have been more ambitious. Investors have poured more than $180m into Impossible Foods, which is trying to replace meat with something that tastes and smells similar but is made from plants.

Ingredients such as potatoes and coconuts are combined with the “magic ingredient” of heme, a fermented protein derived from plants but with similar culinary properties to blood. *

“We turn plants into meat more efficiently and sustainably” than animals, he says.

However, copying nature has proven tougher than Mr Brown may have anticipated. Impossible’s burgers have already been five years in the making, and only now are starting to be offered in selected, expensive restaurants.

Nilanjana Roy
Crossing over: Who grew my meat? 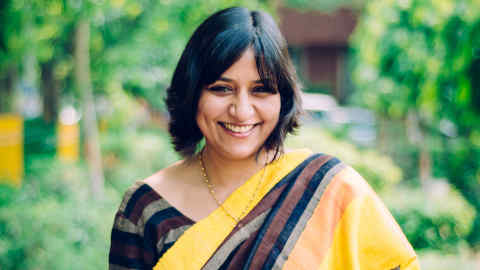 A commercial-scale manufacturing facility will not open until next year. In the meantime, a pilot facility is producing 1,200lb a week. Over the past two years, Impossible has reformulated its burgers’ ingredients and reduced costs.

“A cow is pretty much as mature a technology as it will ever be,” Mr Brown says. “One of the huge advantages we have over cows when it comes to making meat is we have the capability of improving every aspect of it.”

Another start-up disrupting nature is Memphis Meats. The Bay Area-based company is taking a different approach — growing meats in a lab, cultivating them from real animal cells.

“We identify cells that have the capability to renew themselves,” says Uma Valeti, Memphis’ co-founder and chief executive. “We breed those cells that are the most effective and growing — just like a farmer would do with animals.” Eventually, he hopes to remove animals from the equation altogether.

Previous efforts to cultivate meat in this way have produced burgers that cost thousands of dollars. Memphis Meats hopes to drive down the price of its meatballs from a projected $40 a gramme in the lab-scale to a few cents per gramme by the end of the decade.

Mr Bannon, of Fifty Years, who has invested in Memphis Meats, calls its approach the “second domestication”. “Traditionally we have domesticated animals to harvest their cells for food or drink,” he says. “Now we are starting to domesticate cells themselves.”