A conversation between the Iranian-born photographer and film-maker, and her longtime friend, artist Isaac Julien

Shirin Neshat: I wanted to talk a little bit about both of our experiences with still photography. When I look back, my photography has been mainly about capturing human portraiture. I’ve been obsessed with people’s faces and hands and feet, devoid of any landscape. And I don’t know why this is.

Also I keep my photographs and my video work separate: with the Land of Dreams [which comprises more than 100 photographs and a two-screen video installation, and will be exhibited at Photo London], I spent days going around New Mexico taking people’s photographs, and then I made the video. So the photographs are not film stills of the video.

Do you see the photographs that you make as an extension of your videos or, indeed, a thing of their own?

Isaac Julien: I think my relationship to photography stems right from the very early works that I made. In 1983, I made a film called Who Killed Colin Roach? And when I was making it I also took a series of photographs, and these were in a way a form of documentation, but they were also a way of thinking about the link between photography and activism at that time [Roach, a young black man, was shot at the entrance to a London police station].

And when I was making Lessons of the Hour [a 10-screen film installation about the 19th-century abolitionist and former slave Frederick Douglass], I returned back to the photographs. In Lessons of the Hour, Douglass’s interest in photography stems from the fact that he was interested in it as a form of reparation — that he could, if he was involved in self-imaging, articulate an image of himself that would be against the dominant regime of stereotyping at the time. I think my interest in photography was exactly connected to those questions initially, as a way of being able to picture oneself.

I think this is where the role of portraiture becomes really important, because in your exhibition I saw in Los Angeles [at The Broad in 2019], the rooms of the black-and-white portraiture [Land of Dreams, pictured below] showed me the importance of articulating the subjectivity of the people you depict. I think, politically, that’s important.

ON FEATURE FILM VS MULTI-CHANNEL VIDEO

SN: I think, as artists, we tend to have a radar for other artists who are experimenting in the same mediums or crossing similar mediums. And you’ve definitely been one artist on my list to watch.

IJ: Absolutely. I remember running to see your work “Turbulent” at the Venice Biennale in 1999, and the frisson it created for me was electric. It encapsulated all of the reasons why I wanted to be making work in an art context versus a film context. The way in which you were able to have this call and response in relationship to the sound and the image, in this magnificent two-screen work, for me, was just breathtaking.

SN: What I had in mind with “Turbulent” and the multi-screen projections was how to tell a compelling story while experimenting with the form. It’s the same way that I am drawn to calligraphy for its visual seduction, but inscribe it on politically charged images.

In your case, at your exhibition [Lessons of the Hour] two years ago at Metro Pictures [in New York], there were I don’t know how many different screen projections, and yet the narrative was significantly important to follow. And I thought, “Why doesn’t Isaac just put all this in one film instead of many channels?” Then it occurred to me: your fragmented way of storytelling is exactly what makes the work so powerful. By dividing the film into different channels, you turn your audience into editors of your work.

IJ: I think that in Lessons of the Hour it does have a vocabulary when it’s a 10-screen work, which is the poetics of attention, you could say, where basically the audience becomes your own editor in looking at it, and they can see the scenography.

There’s a linearity or something classical that is great about cinema, which we all adore. But I guess I get an excitement [with multi-screen work] in being able to employ editing strategies which, in a way, become a meta-cinema.

ON SCRIPTING IN THE FILM-MAKING PROCESS

SN: Do you write scripts or do you storyboard? For my video installations, I only make storyboards, I don’t get involved with writing a script. I create an extensive mood book: I borrow from my own work and other people’s images; whatever I need to be able to convey my story. But with the feature film it’s fully scripted, and I often work in collaboration with professional scriptwriters.

IJ: For me, I think it’s a bit of a mixture of both. First of all, I can say that I detest writing [laughs]. 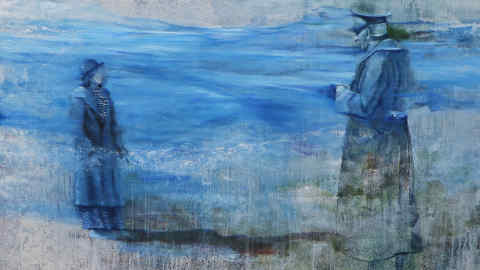 IJ: That’s the first thing. And I think the second thing is that I’m no good at it either.

IJ: And then the third thing to say is that I think more in pictures and images, and so, in a way, I’m interested in film and cinema in the form of pictures and images. And being able to write, that is really quite demanding and complex and difficult.

SN: Yes, you and I are such visual people. The issue of timing and cost doesn’t cross our minds. Sometimes on the film set I say, “This looks good, keep shooting.” And they say, “No, we can’t”, the day is counted and it costs money. Obviously, we have a lot of freedom when we’re not working with the moving picture.

ON THE GALLERY VS THE CINEMA

SN: It’s really important to me to ask you this question, because I’ve been asking it myself for a long time: what is it that draws you to the art world versus the cinema world? I have several reasons, but I’ll explain the most important one: the majority of Iranian people who live in Iran don’t have access to my work in galleries and museums. Actually, the only thing they really do have access to is my films, because the movies get disseminated through piracy.

IJ: I think being able to live in two worlds, between art and cinema, is really very fascinating, because being able to have your work be accessible to a wider public is one of the advantages of working in film and cinema, and of course television, even. 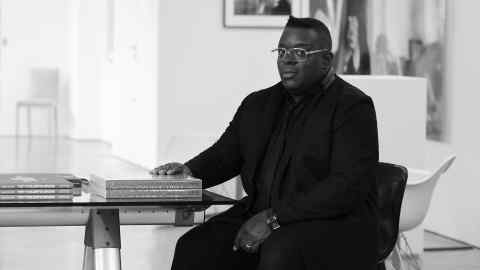 My video installation Lessons of the Hour [was recently shown] at the Edinburgh Art Festival. It’s a 10-screen work, but a single-screen version is being shown in the cinema, and so I’m hoping that it can be accessible in both spaces. And I like that, what I would call democratisation, of being able to make works that can appear in both their different forms, occupying the different spaces of both the art world and the cinema world.

SN: It’s funny, sometimes I ask myself why I act so restless and I do so many things, and whether I’m being purely ambitious, or is it something about my character that I just worry about repetition and stagnation? I came very late into making art, so everything has happened totally spontaneously and unexpectedly. I don’t ever want to get to a place where I feel like I have “arrived”, that I know exactly what I’m doing and will go on to repeat it. I think I have a fundamental problem with the idea of a “comfort zone”, the idea that I am a mature artist with a signature style that is recognised and, therefore, I can afford to elaborate on that until I die.

So, somehow, I purposefully put myself in the shoes of a beginner. Right now, I’m working on an opera, Aida. It was first staged in 2017 at the Salzburg Festival; at the time I was so anxious and nervous, and, of course, the work was not perfect and there were plenty of flaws. Now it’s coming back in 2022, and I’m correcting some mistakes.

This journey of embracing a new medium has been both exhilarating and terrifying. But at the same time I think that sense of vulnerability and yet eagerness is exactly how I felt when I first made art. Sometimes I’m a little frustrated with myself and I’m thinking, “do less”, or “take less risk”. But I’ve come to the conclusion that I really, truly enjoy being on the edge of failure. I’d rather do that than repeating myself, I guess.

Shirin Neshat is the recipient of Photo London’s Master of Photography award this year. Her “Land of Dreams” will be presented in full for the first time in the UK from September 1-12 at Somerset House as part of Photo London; photolondon.org

READ MOREPhoto London 2021
The photograph that changed my life 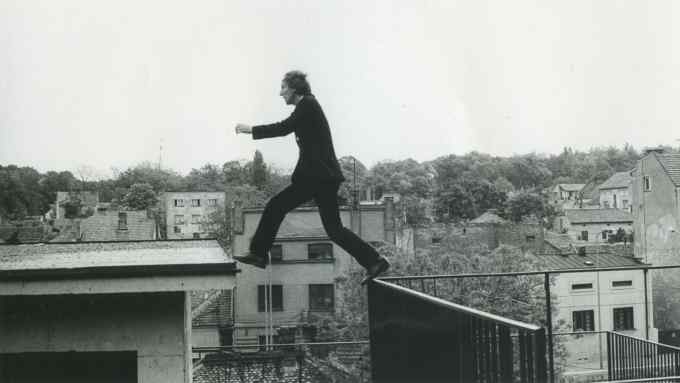