Balance of power tilts from fossil fuels to renewable energy

These are strange days in the energy business. Startling headlines are emerging from the sector that would have seemed impossible just a few years ago.

The Dubai Electricity and Water Authority said in May it had received bids to develop solar power projects that would deliver electricity costing less than three cents per kilowatt hour. This established a new worldwide low for the contracted cost of delivering solar power to the grid — and is priced well below the benchmark of what the emirate and other countries typically pay for electricity from coal-fired stations.

In the UK, renowned for its miserable overcast weather, solar panels contributed more power to the grid than coal plants for the month of May.

In energy-hungry Los Angeles, the electricity company AES is installing the world’s largest battery, with capacity to power hundreds of thousands of homes at times of high demand, replacing gas-fired plants which are often used at short notice to increase supply to the grid.

Trina Solar, the Chinese company that is the world’s largest solar panel manufacturer, said it had started selling in 20 new markets last year, from Poland to Mauritius and Nepal to Uruguay.

It is not only renewable energy that is throwing out such remarkable news. Production costs in the US shale oilfields have been cut by up to 40 per cent in the past two years, according to Wood Mackenzie, the research company. Cargoes of liquefied natural gas have been heading from the US to the Gulf, making the surplus in North America available to the markets of Dubai and Kuwait even though they sit within the world’s largest oil and gas producing region.

The implication of those stories is to suggest there are momentous changes under way in the global energy system, undermining received wisdom in the sector. It is clear that the world is shifting toward renewables and — as a proportion of total consumption — away from oil, gas and coal.

Within the markets for fossil fuels, some sources such as gas are becoming favoured over others such as coal. The question for policymakers and industry experts is how far and how fast these changes can go. 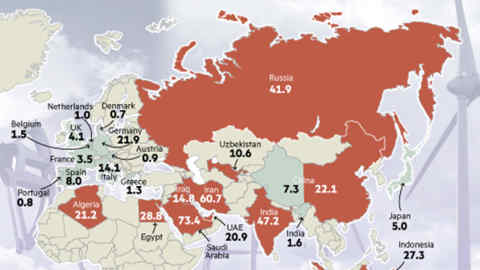 Down the decades, an attitude of cynicism in the face of the latest trends has generally been the smart position to take on energy. Assets such as oilfields and power plants are big investments that have operational lives lasting for many decades, and so the fuel mix and fleet of power-generating assets turns over slowly.

Spencer Dale, chief economist at BP, published a fascinating chart in June showing the rate of adoption of existing energy sources and technologies, which makes clear that it is often a lengthy process. For example, in 1899 gas provided just 1 per cent of the world’s primary energy needs. Five decades later, that figure had grown to 8 per cent.

While renewable energy has been growing fast, it is coming from a very low base. “Modern renewables” — mostly biofuels, wind and solar, but not hydro or traditional biomass — provided just 2.5 per cent of the world’s primary energy last year, according to BP.

That said, there are examples from history of when energy systems have changed rapidly after reaching tipping points. Oil consumption had been growing steadily through the late 19th and early 20th centuries, but really took off during and after the first world war, as warships switched from coal to fuel oil and armies became mechanised with petrol- and diesel-engine vehicles.

Nuclear power had a similar surge between the Arab oil embargo against the US and other countries in 1973 and the Chernobyl accident of 1986.

Government policies to address the threat of climate change are today’s equivalent.

The commitments to take action to combat climate change made by 195 countries at the Paris talks at the end of last year are a sign that, however contentious the issue may be politically in the US, on a global scale the pressure is unlikely to dissipate any time soon.

Energy sector
Small is beautiful for some nuclear designs 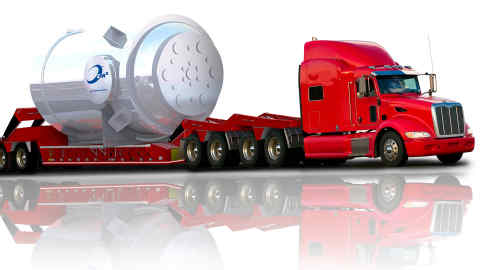 This special report includes examples of innovative technologies that could bring further change to parts of the energy industry. Small modular nuclear reactors, for example, intended to avoid the staggering cost of their larger rivals, are being proposed for use in the US or the UK by 2025.

At the same time, fossil fuel companies are making strides in their efforts to remain competitive. This is not easy. Not only have oil and gas prices plunged over the past two years, but in the long term weaker demand and more abundant supply are expected. Valuations of companies in this sector have been badly dented.

The share of electricity that the world’s 20 major economies are generating from the sun and the wind has jumped in the space of five years, new figures show. John Murray Brown asks FT environment correspondent Pilita Clark whether this breakthrough is sustainable and what it means for the battle against climate change.

Some new energy technologies, meanwhile, are not making much progress, such as the development of power plants that capture and store the carbon dioxide they produce. It is commonly assumed among policymakers that carbon capture has become essential if humankind is to enjoy the benefits of fossil fuels while avoiding their polluting effects.

It is clear, too, that the growth of renewables and other low-carbon energy sources will not follow a straight line. Investment in “clean” energy has been faltering this year after hitting a record in 2015, according to Bloomberg New Energy Finance. For the first half of 2016, it is down 23 per cent from the equivalent period last year.

Even so, the elements are being put in place for what could be a quite sudden and far-reaching energy transition, which could be triggered by an unexpected and sustained surge in oil prices. If China or India were to make large-scale policy commitments to electric vehicles, they would have a dramatic impact on the outlook for oil demand.

In Ernest Hemingway’s The Sun Also Rises, a character says he went bankrupt “two ways. Gradually, then suddenly.” There is a chance that a profound shift in our energy system could sneak up on us in the same way.