Europe’s high-growth companies are facing another year of slower progress as the pandemic continues to constrain business activity.

Delayed recoveries in demand across the continent’s economies, along with the headwinds wrought by Brexit, complicate the battle to survive this challenging period. Half of all European companies have reported a revenue or profit decline in the past 12 months and do not expect any improvement in the coming year, according to consulting firm Accenture.

But the fifth annual FT 1000 ranking shows the rapid growth rates that some aim to restore: it provides a snapshot of Europe’s most promising growth businesses in the weeks before coronavirus took hold.

Whether this past strength can translate into resilience as national vaccination programmes gather pace and economies start to recover will be explored in an in-depth FT 1000 report, due to be published on March 22.

The FT 1000, compiled with Statista, a research company, lists the European companies that achieved the highest compound annual growth rate in revenue between 2016 and 2019. The minimum CAGR to make the list was 35.5 per cent this year, slightly lower than last year’s 38.4 per cent.

Bulb Energy, the UK’s largest company that claims to provide renewable energy, supplying 6 per cent of the market, nudges OakNorth bank off the top spot in this year’s ranking, with a 2016-19 CAGR of 1,159 per cent.

However, the challenger bank retains a place on the 2021 ranking, at 109th, with 2019 revenues of £104m — despite the impact of a soured £41m loan to a failed luxury property developer,

Latvian online lender Sun Finance ranks second with a compound growth rate of 752 per cent, while UK water provider Everflow Group is third with a CAGR of 465 per cent.

All of this year’s top 10 are new entries, but 314 companies on the list also appeared in 2020’s ranking. A total of 92 companies have been ranked among the fastest growing in three consecutive years.

In terms of industry sectors, the ranking once again reflects the growth achieved by technology businesses, which dominate with 219 entrants, up from 189 last year. When added to the related but discrete categories of fintech and ecommerce, that total climbs to 290.

For the first time, Italy is the country with the most entries on the list, with 269. Second is Germany with 204, followed by France with 162. As with last year, London is the city with the greatest number of fast-growing companies (71), followed by Paris (45) and Milan (36).

The FT 1000: Europe’s Fastest Growing Companies is a list of the top 1,000 companies in Europe that have achieved the highest percentage growth in revenues between 2016 and 2019.

The project was advertised online and in print, allowing all eligible companies to register via the websites created by Statista and the Financial Times. In addition, through research in company databases and other public sources, Statista identified tens of thousands of companies in Europe as potential candidates for the FT 1000 ranking. These companies were invited to participate in the competition by post, email and telephone. The application phase ran from October 1 2020 to December 31 2020.

The submitted revenue figures had to be certified by the CFO, CEO or a member of the executive committee of the company.

• Revenue of at least €100,000 generated in 2016 (or currency value equivalent according to the average of the actual fiscal year).

• Revenue of at least €1.5 million generated in 2019 (or currency value equivalent according to the average of the actual fiscal year).

• If a company is listed on a stock exchange, its share price has not fallen 50 per cent or more since 2019.

All data reported by the companies was processed and checked by Statista. Missing data entries (employee numbers, address data, etc) were researched in detail. Companies that did not fulfil the criteria for inclusion in the ranking were deleted. The minimum average growth rate required to be included in the ranking this year was 35.5 per cent. 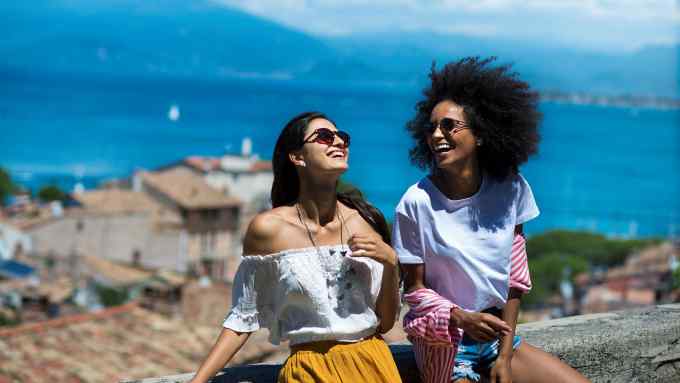