We use cookies (opens in new window) for a number of reasons, such as keeping FT Sites reliable and secure, personalising content and ads, providing social media features and to analyse how our Sites are used.
Manage cookies
Accept & continue
Special Report Financial & markets regulation

Manufacturers are fighting on against cigarette packaging restrictions

After a century that gave us quintessential figures such as the Marlboro man, tobacco advertising is in its final creative throes.

Another branding tool will be lost to marketing departments in the UK from May, after which all cigarettes must be sold in a mud-green box emblazoned with large warnings about the dangers of smoking. Copying Australia, the government has opted for what one market research firm described as the “ugliest colour in the world” for the pack, while the font and text will all be uniform.

The law will also standardise the “material, size, shape and opening mechanism of the packaging”. Slim “lipstick packs” will be banned for example.

The latest marketing restriction comes as Big Tobacco battles a range of challenges. Globally, smoking rates are declining at about 1 per cent a year, while duties and taxes are rising. The EU has also recently adopted strict rules banning flavours such as menthol and requiring that cigarettes be sold in packs of no fewer than 20.

Tobacco companies fought the UK changes all the way to the Court of Appeal and some are considering taking the case to the Supreme Court. The argument that plain packaging was ineffectual was largely dismissed by the UK appeal court judge, who noted that “research found that the designs and branding upon cigarette packaging and upon the tobacco products themselves exerted a causal effect upon consumer behaviour and encouraged smoking.” The judge also concluded that “the evidence submitted by the tobacco industry did fall significantly below internationally accepted best practice”. The industry is yet to win any of its judicial challenges to such laws, having suffered defeats in Uruguay and Australia.

The fight is by no means over, however, as other nations including New Zealand, Canada and Hungary consider plain packaging, while the industry argues a loss in one country does not mean it should lose in another.

“Governments that are considering the introduction of plain packaging should do nothing until they have seen independent reviews of the impact of standardised packs in the UK, France and Ireland,” maintains Simon Clark, director of the industry-backed smokers’ group Forest.

Big Tobacco also argues that restrictions fail the “proportionality” test by going beyond what is necessary to highlight health risks. It warns that the legislation will simply encourage consumers to trade down and buy the cheapest brand, or resort to the black market. Manufacturers also object to EU rules stating that ecigarettes, which do not contain tobacco, should carry health warnings and must not be described as safer than other nicotine products.

A continued rearguard legal argument against plain packaging — albeit one that has so far failed to convince a judge — is that it violates trademark law by depriving tobacco companies of their intellectual property without compensating them for their loss. 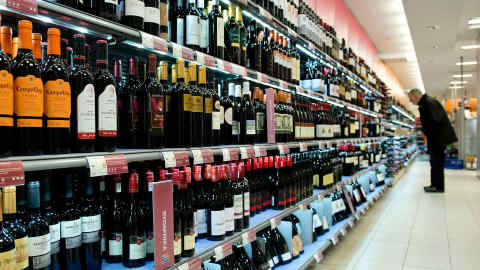 Experts say this argument will receive greater scrutiny when applied to other products. In December, the government advisory board Public Health England proposed extending plain packaging to alcohol. With so much of the value of a product tied up in external features, from the curves of a champagne bottle to the punk labels of craft beer, the industry warns this would have a devastating effect.

Bruce MacPherson, chief policy officer at the International Trademark Association, says that a sector like alcohol will provide the real litmus test for legal cases seeking “expropriation with just compensation” — a concept rooted, according to legal scholar Frederick Mostert, in Roman law.

“The UK High Court ruling [on tobacco] in May 2016 rejecting the claim and demand for compensation appeared to focus on the nature of the product itself,” says Mr MacPherson. “Although the intensity of emotions around tobacco use may not be as virulent when it comes to other products like alcohol and snack foods, only time will tell how the courts will rule given the momentum generated by forces seeking to change consumer behaviour without regard to legitimate intellectual property rights.”

Financial & markets regulation
Pragmatism on nicotine could save lives 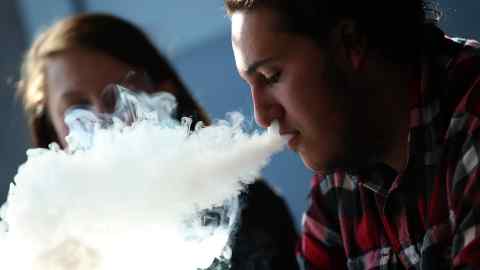 The Consumer Packaging Manufacturers Alliance argues that plain packaging on alcohol would curtail an area of brand design and development in which the UK is a “world specialist” at a time when “brands need to be protected and intellectual property rights maintained in the globalised trading environment”.

Yet health campaigners say industries will struggle to defend themselves where plain packaging is proven to work. “The tobacco manufacturers have lost every legal challenge they have made to standardised ‘plain’ packaging,” says Deborah Arnott, chief executive of Action on Smoking and Health (ASH).

“The judge in the UK found that they could not use their claimed intellectual property rights to prevent the government from taking action over what the World Health Organization called a health crisis of epidemic proportions.”